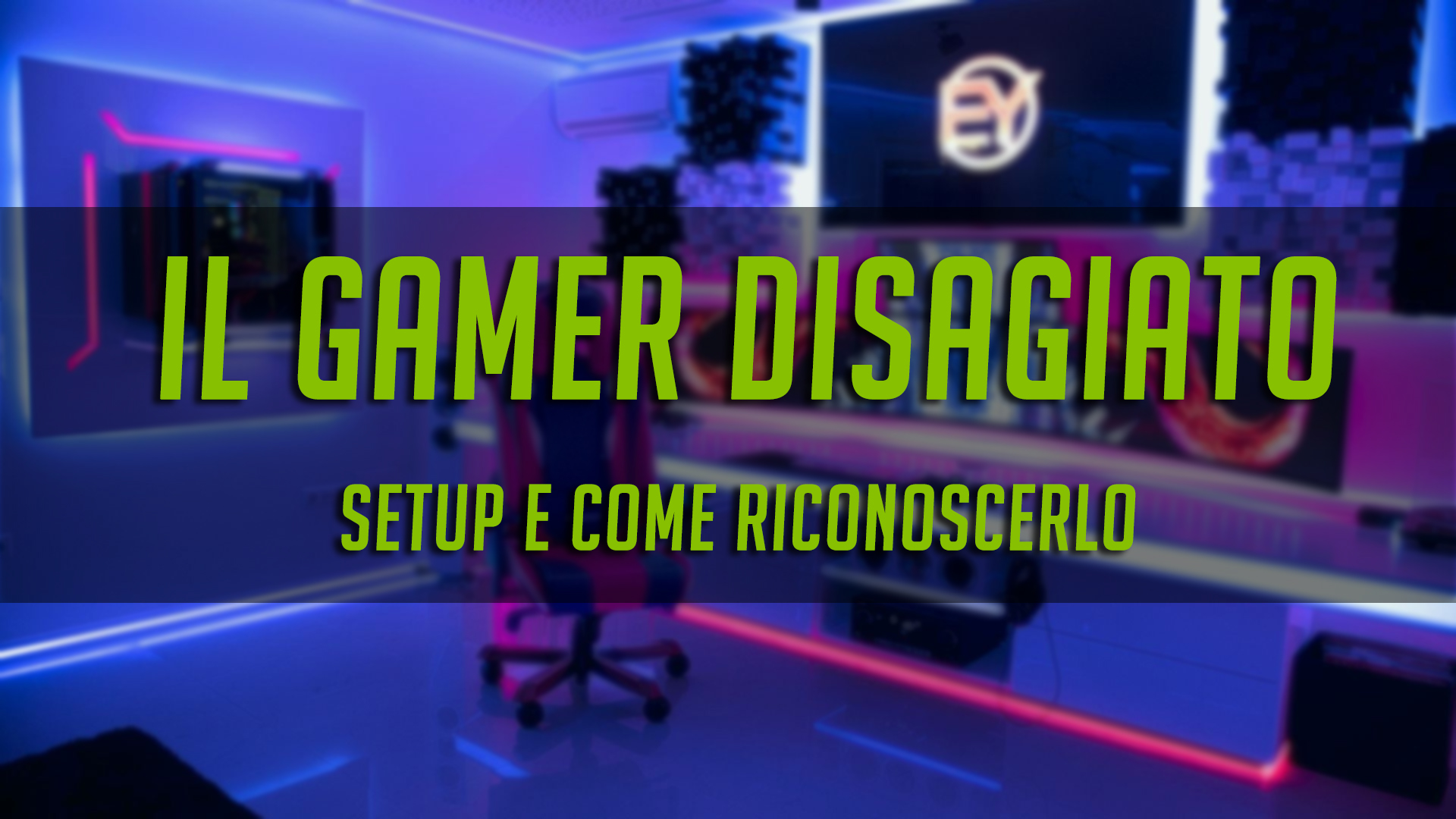 We have always talked about the cool side of the Gaming, the one made of lights ice, hundreds of FPS, refresh rates extremely vascular e computational powers superhuman. Today no, today I want to give voice to an ethnic minority, that of the Poor Gamer.

We've all been there, so let's see what a bad gamer has to suffer from time to time. Let's consider the main components of a Modern PC.

NVidia GeForce RTX 2080Ti GPU - How I yearn for you
The real killer heel of every good respectable gamer is the video card. The old maxim 2080 is for boys 950 is for men it's damned real. After all, anyone would be able to play well by overcoming the 60 frames per second while keeping them stable. But the disadvantaged is not, the disadvantaged is that person who is screen lag made it a life partner, a bit like la fear be tamed in battle. Our unfortunate specimen ludopatico he is forced against his will to face all sorts of fights seeing the AI ​​or its human enemies supported by an extremely important statistic, the 9 FPS. In its natural habitat, in fact, the uncomfortable gamer is now completely accustomed to playing with a threshold of about 14, but in agitated moments, a bit like in the Souls, all Droppa. Madonnas included.

RAM Corsair Dominator Platinum RGB LED DDR4 32GB 3200 MHz - LEDs make me invincible!
The average disadvantaged player does not even know what they are DDR, probably still playing World of Warcraft by squeezing the old desk SDRAM bought with the money received at the first communion. That Ram desk can't do it, but that's probably what makes him honor. The poor man in question is also distracted, he often forgets Chrome opened thus inducing its playful machine to plant itself. And believe me, Chrome it does plant so much so that in these cases it would also be good for a Vegan.

Intel Core i9 9900k 3.60 Ghz CPU - My procio It is different
In nature it is now very difficult to find an individual full of discomfort, but today we are lucky. Our disadvantaged has a Pentium II and strong of the wave of the moment of streaming and notoriety online, he would like to stream PERLOMENO Hearthstone o Minecraft. But it cannot, it simply cannot. That kind of resistance who persists in calling processor struggling to hold up Windows 98, let alone OBS to streammare at least at 720p on Twitch. In all this he had the enormous recognition by the Guinness World Records thanks to the lowering of the minimum quality threshold recommended for human vision: he streamma to 0.9 FPS. That's it.

MB Gigabyte Z390 Aorus Ultra - The motherboard is no good
The average disadvantaged, that it is gamer whether or not it is irrelevant, it tends to disregard certain things, which in actual fact are not. It is in fact blocked by a component which, in spite of itself, acts as a glue to the whole system, specifically one P6LX-A REV 1.1 that willy-nilly prevents anything in terms of upgrade. But the uncomfortable gamer you know, he has no money to throw away for a component that he cannot boostare the FPS. But try to access the bios to try the last beach: theoverclock. However, since the young lady in question, a little aged, does not support frequencies beyond a certain threshold.
There is therefore only one option for the gamer sucare.

SSD Samsung 860 Evo 1TB - Grosso is better
Size matters, is known by every people and / or ethnic minority, ignorant gamer e disadvantaged primarily. In fact, with the money from the first communion I mentioned earlier, our copy preferred to buy what was then theHard Disk larger and cheaper on the market at the expense of data read / write speed. Finally, the situation is this: from the top of its 75 gigabytes of storage, the loading times even Minefield e Lonely they are eternal. The rest of the time has no end to wait, between a loading and the other was in fact drafted during the last meeting with friends a sort of Manifesto of the Gastema.

Corsair RM850x - On the power supply better to save
Last but not least, thepower pack. Our poor loser, by now exhausted by technical problems, who is hurried all together with a recklessness at the levels of the crew of Straw hat, decided not to upgrade to the power supply. The pezzotto itek from 12 € is still today a more than valid choice: after all it is not important that the components are turned on all together. The Chinese, in addition to risking extinction at any moment, perhaps causing some capacitor to burn, gives off a heat close to that which can be detected in the event horizon of a supermassive black hole. But the gamer ignorant e needy he is smart and will use the fiery flow coming out of the back of the PC to keep warm Kebab which will eat waiting between one load and another.

For those studied among you I see myself forced to specify that the piece does not want to offend anyone. The article has a goliardic tenor that tends to play down a moment that we have all experienced good or bad. Be the emblems of uneasiness with your head held high.

WE ARE DISCOMFORT. WE ARE LEGION.

Let us know in the comments if you have liked and maybe we will bring some other "episode" of the "The Poor Gamer".