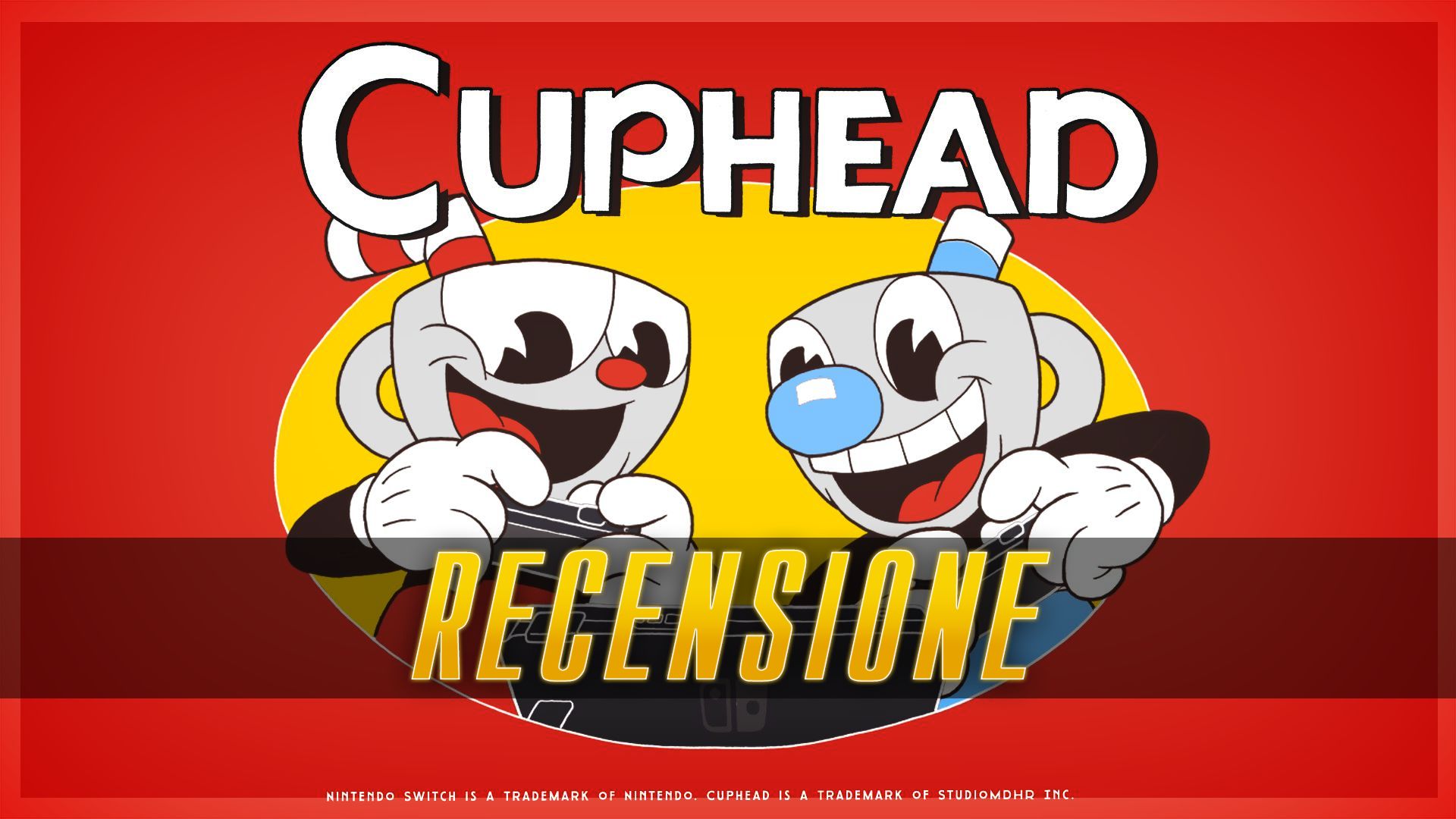 When I hear about Cuphead the mind takes me back to the distance, so to speak, 2017, when Studio MDHR launched the aforementioned title on the market. I well remember the curiosity I felt the first time I saw, during an E3, the unpublished images of the two protagonists, surrounded by that delicious artistic style that caught my attention. The hope of trying the title, however, shattered when I learned of the fact that Cuphead would be available as an exclusive only on Xbox One and PC and not on the hybrid of the big N as I hoped. Luckily, two years after, during an anonymous Nintendo Direct dedicated to some indie titles, my video game prayers were answered: surprisingly, Cuphead was announced for Nintendo Switch.

The news, completely unexpected, has created great amazement and joy in all the owners of Nintendo's hybrid console, curious to be able to empathize wherever they wanted in the funny clothes of Cuphead e Mugman after two years of release. But at the end of the fair, how is this Cuphead on Nintendo Switch?

Before talking about the video game I would like to make an introduction to the creators of the title: Chad and Jared Moldenhauer are two authentic geniuses who, with their ambition, have managed to complete a project born with brilliant ideas, but which has undergone a very troubled development. The two Canadian boys have grown over the years 80 ′ with the myth of the cartoons of the years 30 ′, the so-called Silly Symphony e Fleischer Studios. Obviously, being two gamers, they did not disdain to play some of the titles of their era: from Contra to Thunderforce. But the love for vintage animated feature films remained alive.

From there, an ambitious idea was born: to make one's passion for video games a job, attempting a career in this field, perhaps combining these two interests in a single project. After some not-so-appealing works, Chad and Jared decided to stop producing video games, convinced that maybe in the end that wasn't their destiny. Fortunately for them, as in the best fairy tales, this story has a happy ending. Motivated by the vision of the documentary "Indie Game: The Movie", film that tells how some indie developers have managed to emerge in the market, talking about three specific cases like Super Meat Boy, Fez e Braid, the two Canadian brothers decided to try again. At that moment the MDHR studio and the project that led to the definitive creation of Cuphead was officially born. 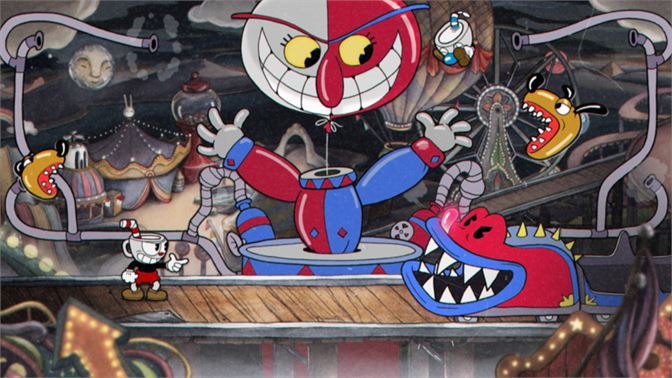 The setting chosen for the title sees the two bizarre protagonists, Cuphead and Mugman, face a series of Boss, 28 total, in an action shooter in 2D. The gameplay takes inspiration from some classic videogames of that genre, like Alien Soldier, but adapted in a context completely different and in a delightful artistic style similar to the 30 cartoon'.

Artistic style that captures you immediately and that exudes from every single pore an incredible attention to detail, able to faithfully recreate the atmosphere of those vintage-style cartoons. The whole thing seems to catapult you almost into a different dimension: an authentic dive into the past, into a generation now very far from today's one. Cuphead deals with one slight ironic verve many themes, ranging from esotericism to gambling, due to which our two protagonists find themselves having to win a bet with the Devil himself. 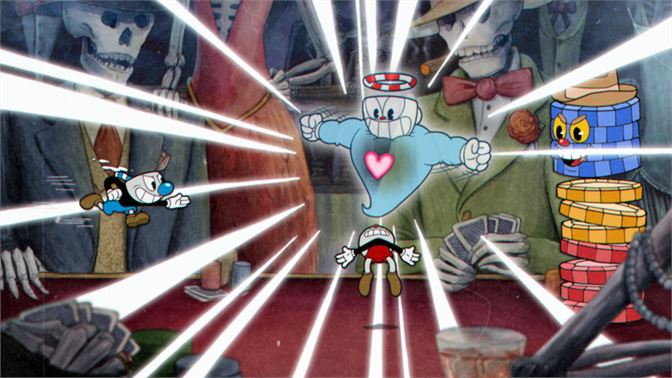 To make the gaming experience even more incredible is the work done by the developers of the title: the drawings and animations of the work, in fact, are all strictly handmade on an indefinite number of sheets, then using a style that evokes the crafted inks. An incredible identification of a reality of the past, also and above all an accomplice hypnotizing and engaging jazz soundtrack.

But the spearhead of the experience from the game undoubtedly remains the gameplay, and therefore the spectacular clashes that the player is facing against the thirty dreaded bosses. Between one challenge and another (in the hope of not losing too many lives and even patience!) there are also some nice interludes that slightly diversify the experience, passing to a new run and gun style platform mode. Unfortunately, however, the levels in this version prove to be few: only six in total. If you are a collector's maniacs, these few, sparse levels will still give you a hard time: in every world there are different challenges and it is possible to collect some monete hidden wisely in places where it is difficult to reach. If you are wondering what these coins are for, these they can be used as currency to buy devastating upgrades from the dealer Pork Rind. Mind you, these purchases may in some cases be essential to you to continue the story and destroy the enemy of turn that hinders your journey through the adventure. 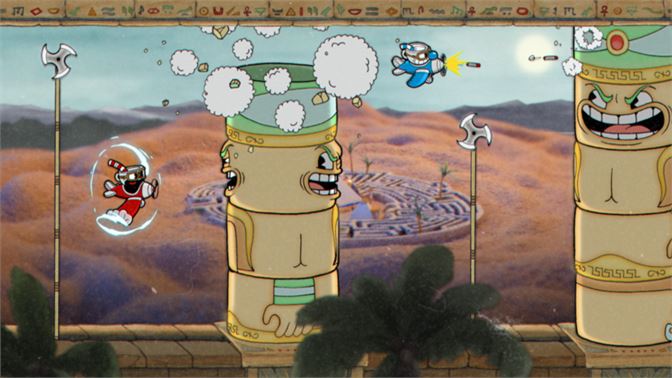 Per defeat certain bosses the player is free to use creative strategies, based mainly on three characteristics main: shoot, dodge and jump. Considering that the limit of hit points you have is equal to three, It is advised to be very patient, paying particular attention to the moves your antagonist uses. Often you are faced with very dangerous situations, and losing HP can therefore cost you a very painful game over. The challenges change as you progress with the story, and if you fail to defeat the enemy in turn, you can still rest assured: the title also has a simplified mode, but I guarantee you, however, does not make the gameplay obvious.

The defeats you find yourself facing can be many, so don't let yourself be discouraged by the high difficulty. Every victory that can be snatched, even the most sweaty, as well as giving great satisfaction, exponentially magnifies the curiosity to continue the story to learn about the new challenges that will arise. The game also includes one Multiplayer: in two, with Switch's Joycon, the fun is guaranteed. You can indeed play Cuphead, wherever you want, and in the company of a friend challenges, even the most difficult ones, may seem simpler to overcome.

In conclusion, Cuphead is a title that will surely give a hard time to all lovers of challenges. We remind you that the video game is available on Nintendo eShop for the price of 19.99 euro.