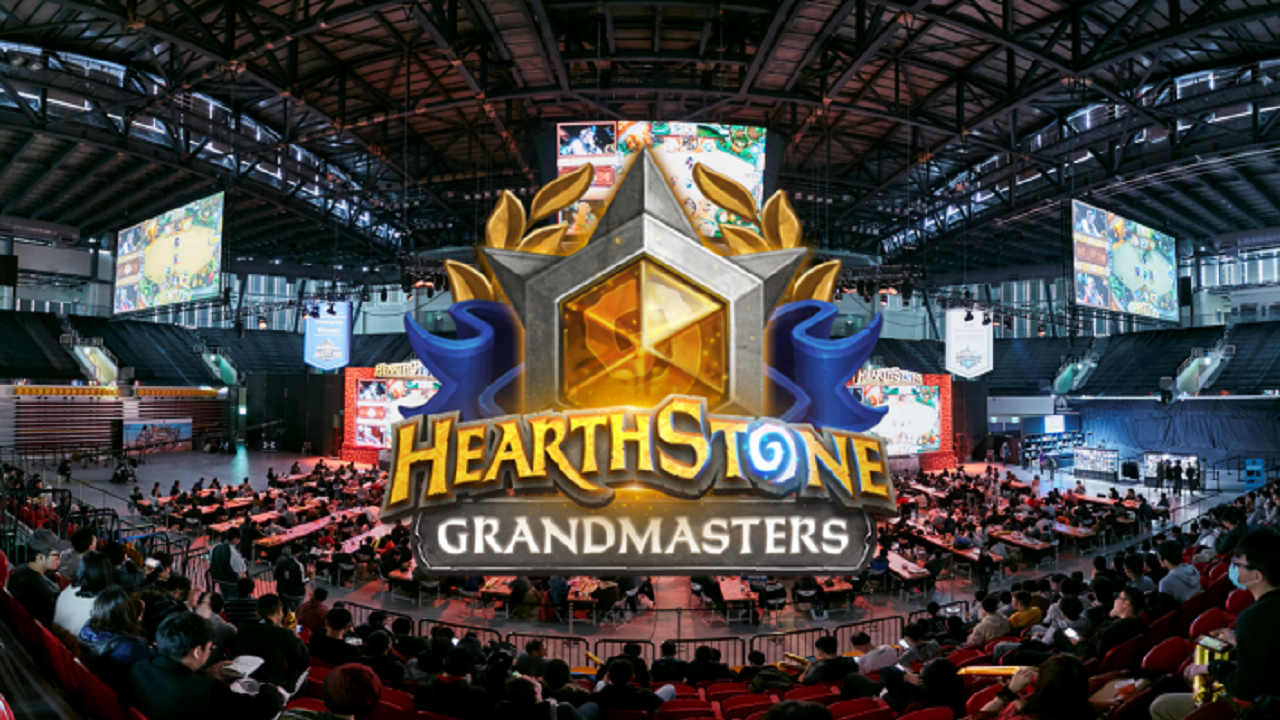 Missing just over a month at the beginning of Hearthstone Grandmasters!

Today we are ready to present 15 of 16 players who will represent Europe in the first two seasons. The sixteenth place is reserved for the player of that region who will place the best all'HCT World Championship 2019, to be held at Taipei from the 25 to the 28 April. If the player is already in this list, the invitation will pass to the next higher European player in the ranking.

The following players were invited to participate in the Hearthstone Grandmasters in the 2019 based on criteria such as the total points earned in career, the points obtained during the HCT 2018, who obtained the most points during the season, the contribution to the Hearthstone community and more.

here are the Hearthstone Grandmasters with their favorite decks, cards and backs of all time!

Hunterace is currently considered the best player of Hearthstone of the world. After accumulating more Competitive Points than Hearthstone of anyone else, it has become the first Master at 3 Stars ever. At the age of 18 years, Hunterace it is also one of the Grandmasters younger than the league.

Linh "Seiko" Nguyen - Among the top for score

Seiko he studies mathematics in Berlin. Has known Hearthstone almost four years ago thanks to some fellow students. Last year, Seiko has traveled the world collecting (successfully) Competitive Points from Hearthstone and participating in Hearthstone Global Games representing Germany.

The "Greek phenomenon"Is eager to participate in the Las Vegas Masters Tour, because despite last year he traveled the world nonstop to participate in the HCT Tour Stops, he never visited that city. Having grown up above a cinema where his father was the director, he developed a passion for movies and TV shows, to which he devotes all his free time.

Jarla describes himself as a slow and thoughtful player, who likes Control decks. He usually spends five hours a day playing and watching games Hearthstone but in the past he used this time by grinding points on three servers to finish at the top of all the rankings. The result of which Jarla is more proud is the victory against Hearthstone Global Games 2017 with the national team of the Czech Republic.

Kevin "Casie" Eberlein - Among the top for score

Casie was a landmark of the scene of Hearthstone European since joining the Top 4 in theHCT Europe Spring Championship 2016. Has also traveled far and wide to raise the Competitive Points of Hearthstone, obtaining highly respectable placements. Casie has an adorable French bulldog called Spooner.

A BoarControl, representative of the United Kingdom, likes complex decks that require quick decisions when the pressure gets high. Play a Hearthstone from the closed beta and, thanks to excellent placements to the HCT Tour Stops and at other events, it has become one of the highest scoring players in the region. It has two cats and a dog called Billy, Bessie and Livvi respectively.

Elias "Bozzzton" Sibelius - Among the top for score

Bozzzton he lived on a farm from an early age. He currently has two goats, two pigs, some hens and eight cats, including a very special one called Boston and from which he derives his nickname. The efforts of Bozzzton in the competitive environment of Hearthstone they have paid off in the form of points, but are convinced that their best placement is yet to come.

Swidz he lived in Paris until the age of 15 years, but he didn't start playing at Hearthstone until the exit of Goblin vs Gnomi. Unlike other players listed here, Swidz does not have a specific training schedule. Instead, play 12 sessions every few days, slowing down before major tournaments. He is very proud to have achieved first place in the Pro Team Standings together with Seiko e Monsanto.

Thijs "Thijs" Molendijk - Among the top for cash prizes

Thijs is one of the streamer of Hearthstone most famous and also one of those who won the most, in terms of money, in the history of the game. Thanks to Hearthstone, last September we were able to buy a house and recently won aAston Martin DB11 at a Shanghai tournament. Ah, he likes tea.

Pavel "Pavel" Beltukov - Among the top for cash prizes

The Russian Pavel brought home the trophy of the'HCT World Championship in the 2016 at BlizzCon. He is anxious to face the rest of the Europeans in the Hearthstone Grandmasters and believes it has serious possibilities to arrive at Global Finals of this year. In his spare time he likes to swim.

Jon "Orange" Westberg - Among the top for cash prizes

Orange is one of the players of Hearthstone of greatest success on the professional scene, with several victories in major tournaments, such as theIEM Katowice 2015, Several DreamHack and more. It boasts of its efficiency in terms of preparation and strategy before the most important events.

Kolento is a veteran of the scene of Hearthstone and participated in several events with Cloud9 from the 2014, reaching the Legend rank several times. When not playing computer games, he likes to watch anime, play ping-pong, drive go-karts and sing karaoke with friends. Kolento he is also a teacher and calls himself a good listener.

Raphael "BunnyHoppor" Peltzer - Among the top for cash prizes

Now BunnyHoppor has obtained the qualification of PhD in chemistry, can devote himself full time to Hearthstone, dealing damage left and right! This year BunnyHoppor has already won theHCT Summer Championship 2018 and participated in the finals of theHCT Winter. As a child he dreamed of being a comedian or politically committed satirist.

SilverName is one of the best Russian professionals of Hearthstone, and his most important victory was the first place at World Cyber ​​Arena 2016. Before starting with Hearthstone he was a professional guitarist, but had to stop (temporarily!) for health reasons. SilverName he is proud to represent Russia with honor.

Rdu is a streamer and player of Hearthstone long since. He is proud of his two victories at the DreamHack andATLC us Thijs e Lifecoach, and briefly being the player with the most points in Europe. Stream almost every day when you are not training in the gym with friends.

After the 2 Season of the Hearthstone Grandmasters 2019, the last player in each division will risk losing their place in favor of players who have earned more money in the Masters Tour program. Who, of the listed players, will represent Europe in the year-end finals? Check the site again playhearthstone.com/esports next week to find out who the players are going to attend Hearthstone Grandmasters American