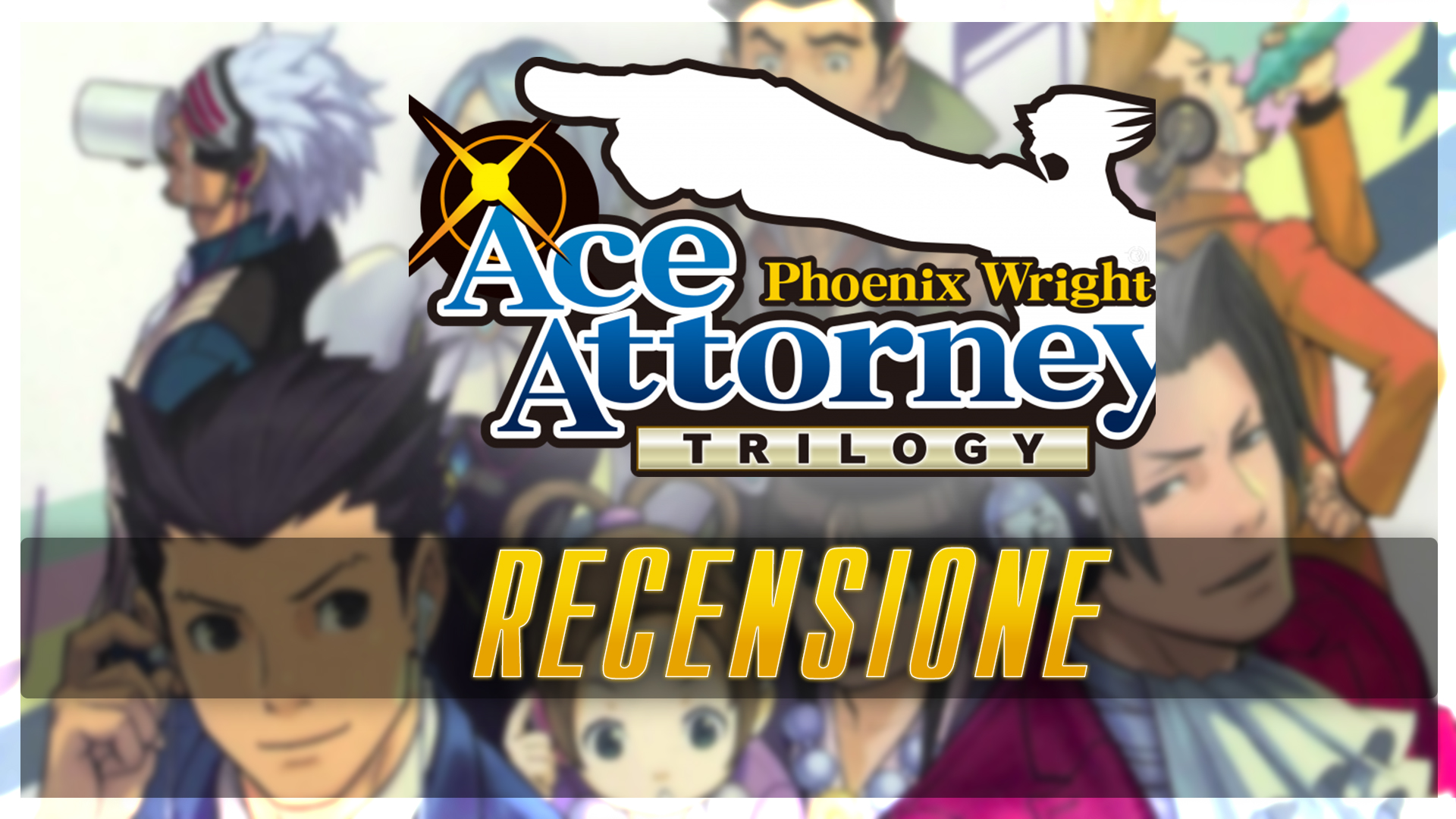 I swear to tell the whole truth: I would play the saga of Ace Attorney even on a toaster. I would buy it in a digital version even if it came out on a calculator, I would buy dozens of physical editions to build a plastic court, I would hire actors to recite the interrogation scenes in front of me. After this one sober declaration of love, it is clear how much I approve the arrival of Phoenix Wright: Ace Attorney Trilogy on current gen consoles and PCs, unexplored places so far for the pointy-haired lawyer.

The reason for my passion is easy to explain: I find Ace Attorney to be a gem among graphic adventures, as well as the title that can make the most skeptical players think again. Are you convinced that games of this kind are boring repetitive and verve-free experiences? Impersonate Phoenix Wright. The arrival of the Ace Attorney Trilogy is an excellent opportunity to get closer to the saga, as it brings together the first three episodes of the story, which I believe are the most valid. In a beautiful HD package.

The biggest strength of the series is its great narrative intensity, which allows her to rattle off a sequence of incredible stories without batting an eye. Every single story told is of a high standard, and is thrown there as a simple piece of the plot, when in other titles it would represent the whole story. The characters are impossible to forget, and each of them enters the heart. Of course, some of them would kill them with a letter opener, but this shows even better how much they leave their mark, and moreover after a few hours of play. From the first case one becomes attached, and Ace Attorney immediately feels a strange nostalgia, like sand to bring to mind personal memories. But have I heard this story before? I already know this character, maybe? Music is somewhat familiar to me ... 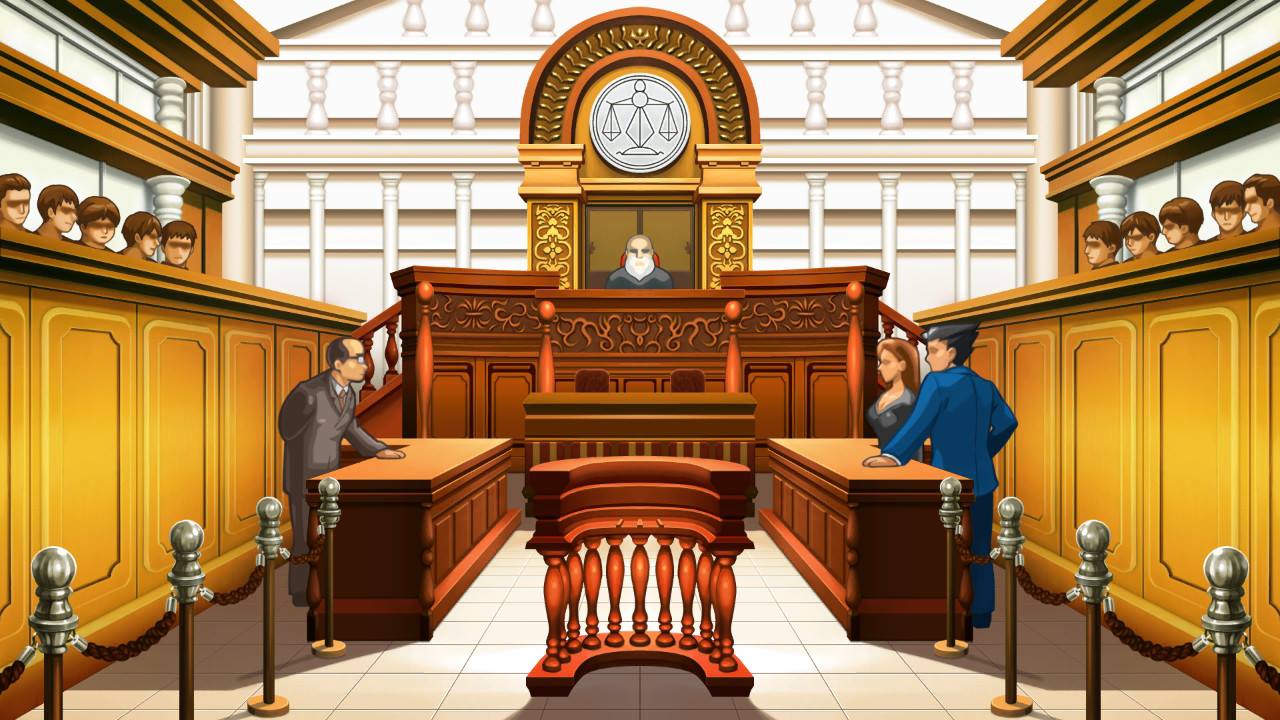 Of course the gameplay also has its cards to play. The a succession of investigation sessions and court sessions makes the rhythm pleasant and never stagnant: there is always a surprise around the corner. Going forward with the titles of the series, new mechanics are also introduced, such as the collection of fingerprints or the appearance of psychic padlocks, to be broken open thanks to our investigative skills. I have always found these found pleasant but superfluous, since it is the fulcrum of the classic gameplay that fascinates me: sublime in its simplicity. This obviously does not imply that there are no defects, such as the considerable inconvenience in moving from one scenario to another in some cases. I also find it quite frustrating to limit the options during interrogation: you can only continue by presenting the appropriate test at the right time, and this limits our ingenuity. It happens to know perfectly what the reality is and what the witness is lying about, but not to understand how the game wants it to be tried in court. It would be intriguing to be more free to show our wit. The Ace Attorney Trilogy has however introduced some small simplifications to make the investigation easier: now the pointer tells you which elements of the environment you have already checked. It may seem like a detail, but it is relevant. I feel obliged to personally thank the developers for avoiding hundreds (thousands?) Of unnecessary clicks. 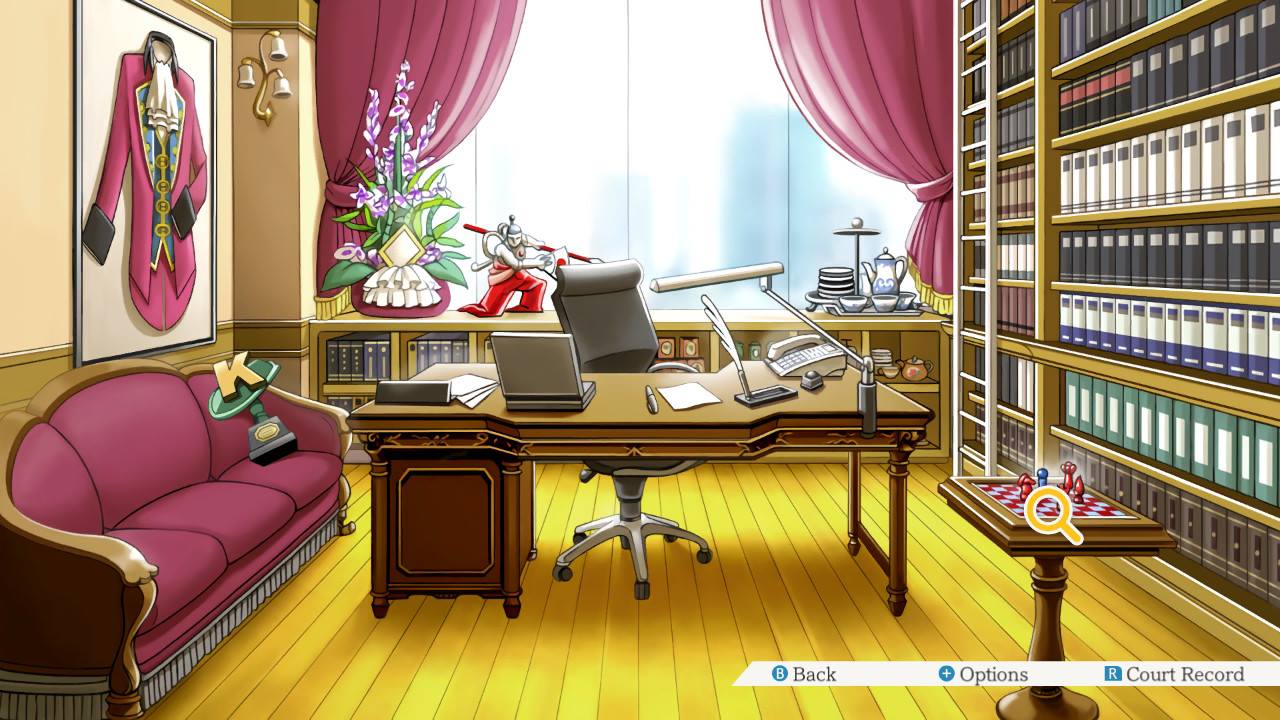 I was fortunate to be able to play the Ace Attorney Trilogy on Nintendo Switch, and I am very pleased with Nintendo's hybrid console experience. On the total game time, which to be honest was a re-replay, the console was attached to the television exactly zero minutes. I find that this series is indeed closely linked to portability, and relegate it to a big screen is distorting it. Far be it from me to advise against buying one who only owns the PC or another console and wants to approach the famous lawyer: buy and you will not regret it. If you can choose though, let yourself be enchanted by the charm of being able to scream Objection! anywhere. It gives much more satisfaction. 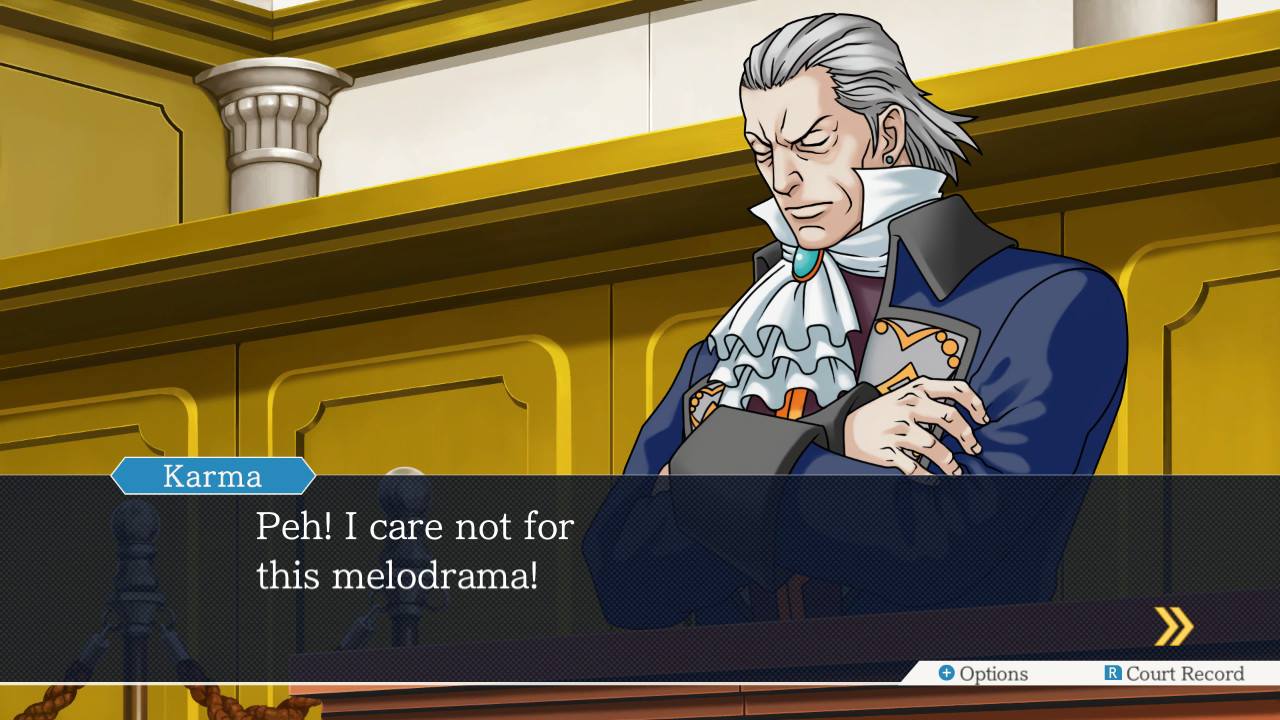 I find it necessary, however, to move a little note, which will probably sound more like a big complaint: because for the second time, after the release on Nintendo 3DS, this collection it is available only in English and Japanese? Although they are already announced patches in other languages for the summer, the Italian will be cut off again. The choice does not seem so overwhelming, considering our small market, but it is important to remember that the three Nintendo DS titles were actually translated into our language. So why deprive hundreds of players of the chance to enjoy the trilogy in HD? The Ace Attorney Trilogy requires a more advanced knowledge of English than school, so it is definitely not suitable for everyone. And I would like everyone to play it.