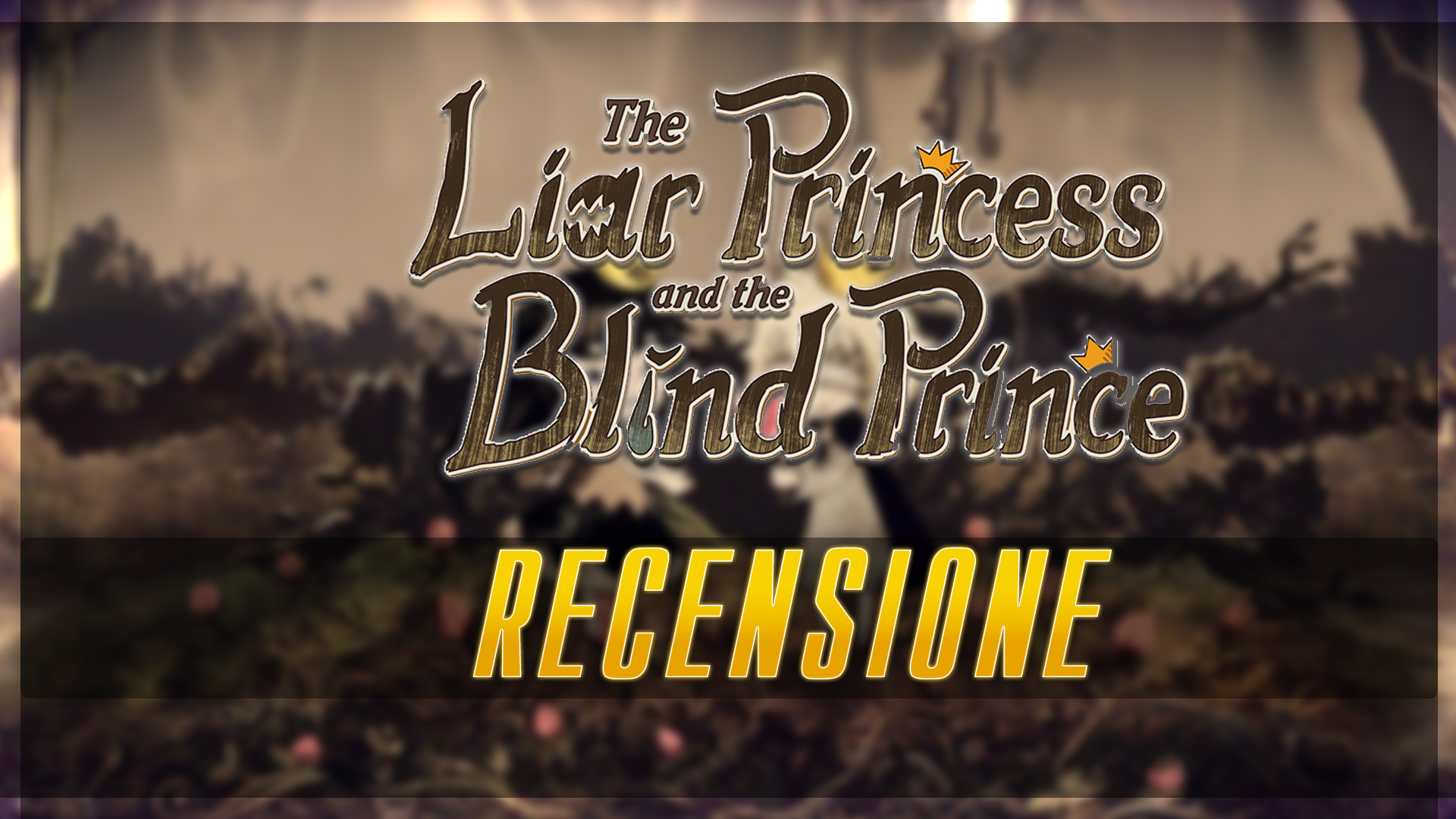 The indie landscape is increasingly diverse and full of proposals. It can satisfy the most varied tastes, with a wide choice of titles ranging from the most particular genres to the classic ones, now imprinted in the history of the video game. It's a rich market like never before, so what can an indie do to draw attention to itself and push a player to choose it at the expense of another title? There are many answers. Among these, there is the massive push on artistic side, a feature that has often addressed my selection criteria. And if we take this aspect into consideration, one cannot remain indifferent to a title inspired by how The Liar Princess And The Blind Prince.

The mistake and sacrifice of a liar

Developed by Nippon Ichi Software, Japanese study author of the saga Disgaea, The Liar Princess And The Blind Prince is an action-adventure with different platform elements. Available on Nintendo Switch and PlayStation 4, and the game has been tested on the latter platform, it is set up like a fairy tale and the whole plot is told as such.

In a dark forest surrounded by different kingdoms, a sad monstrous-looking wolf sings to the moon on top of a hill every night she feels alone. One evening he hears a round of applause coming from the base of the hill: he is a young exploring prince who, while visiting the forest, greatly appreciated his singing. The wolf becomes attached to him, who comes to listen to her every night, but is afraid of being seen. He fears that if the prince discovered his true appearance, he would no longer be able to hear her singing, frightened by his appearance. One evening the prince decides to climb the hill to discover to whom this so sweet voice belongs. The wolf, seeing him coming and frightened, tries to cover his face with his paw, but accidentally blinds him with his claws making him fall from the hill. Once found, the prince is imprisoned, according to his family to have an unpresentable appearance because of his blindness, an aspect that brings dishonor to the whole kingdom. The wolf wants to free him, but could not touch him in any way, since the prince was traumatized by that tragic event and remembers perfectly the touch of the monster. Then the creature turns to the witch of the forest, who grants her the possibility of transforming herself into a princess at will, in exchange for her ability to sing. The she-wolf free the prince, lying about his true nature, starting a journey that aims to bring the prince in the presence of the witch and get him back in sight. 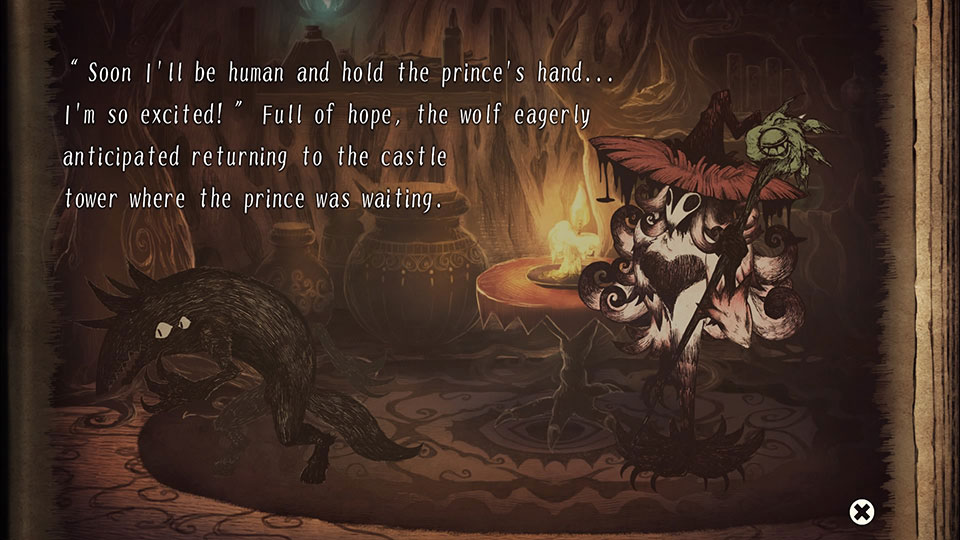 The art of bewitching

All this beautiful incipit is told by a narrator in Japanese, while on the pages of a book there are drawings with captions of what happens. I must point out that the game is not localized in Italian, but the English used is not prohibitive, being intentionally simple to create the atmosphere of a fairy tale, so you should not encounter great difficulties. The pace is very slow and you can really start playing only after a full twenty minutes. In general, many of the sections narrated expand the times and can be boring to the most impatient, the only ones to whom I do not recommend the game. This is the only potential defect of the title, but it is assumed that all those interested in The Liar Princess And The Blind Prince are people who love stories, who like to take all the time they need to immerse themselves in a fantasy world. Having overcome this unique rock, the game is a pleasure for the eyes and can boast an artistic sector to say the least sublime. 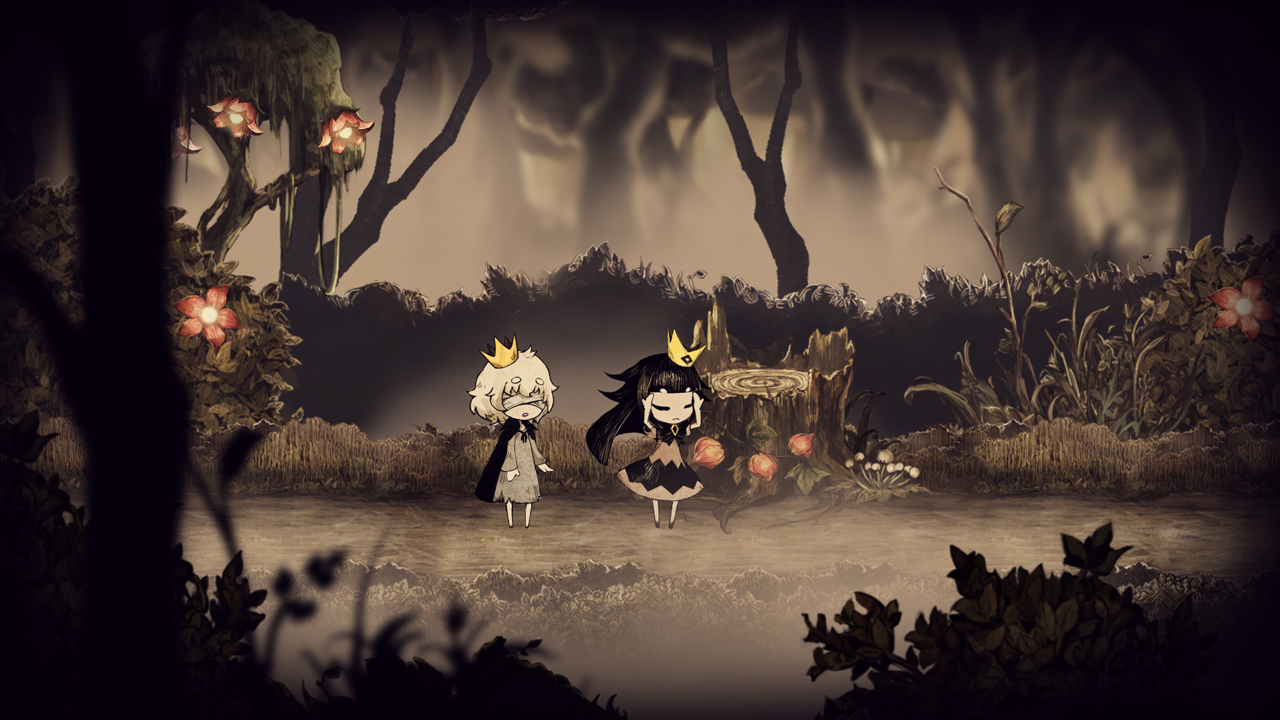 Each scenario, character and enemy is drawn by hand, with a design inspired by its simplicity. It warms the heart to see how each time the she-wolf turns into a princess, she settles the crown on her head and moves in an elegant and decisive way, completely in contrast to the hard, graceless and feral movements of her other monstrous form. The prince, on the other hand, due to his blindness, moves in a timid and indecisive way, and it is disconcerting to see how well he is characterized even when he does not move, with his arms wide and tense in search of contact with the outside world. This result was achieved thanks to a meticulous study and precise indications reported on the work sketches, which you can unlock by collecting the hundred leaves in the game, five for each stage. A very appreciated reward that allows to understand how much love and attention have been poured into the title. Other collectibles are the flowers, more difficult to find than the leaves, which unleash a further story of deepening the main plot. To help in the dive thinks the beautiful soundtrack, perfect in every context and situation, never out of place, always on time at the right times. 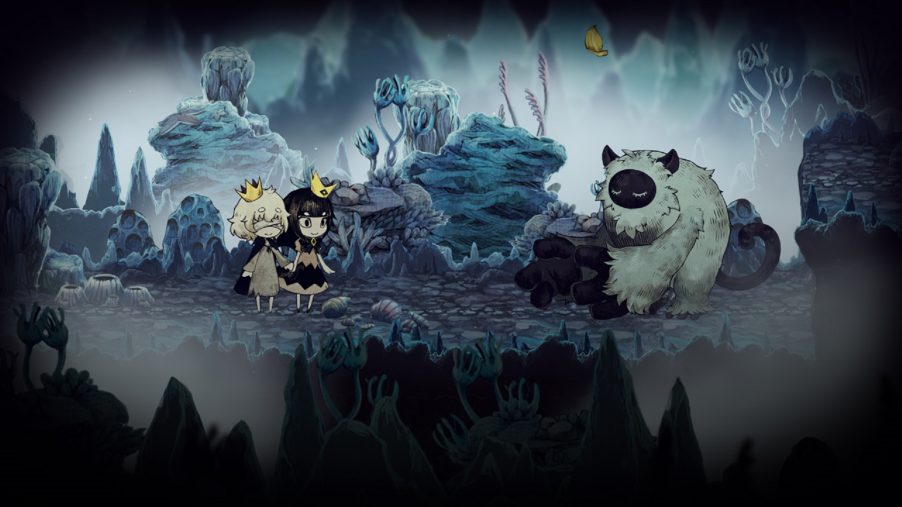 Speaking of gameplay, the game consists of taking the prince with him by holding his hand through various stages, set in different areas of the forest. Each area has unique characteristics that create situations that are always varied, among which to extricate oneself in order to continue the journey. The route is hindered by several enemies, which can be killed in the form of a wolf, and puzzles to be solved with a curve of increasing difficulty but never frustrating. A single optional puzzle caused me many headaches, presented as more complex than it really was. The resolution of the enigmas occurs with the exploitation of both forms that the she-wolf can take on or with the ordering of some orders to the prince, who can move independently up to a certain distance or collect objects at his feet, usable as weights or to illuminate dark places. Obviously you have to be careful not only to protect yourself, but also the helpless prince. The death of the she-wolf or of the latter causes the return to the most recent checkpoint, but the game never makes the boy feel like a ballast. On the contrary, it is rewarding to interact with him and see him as useful as he can. Not at all trivial if we think of the many games of the past that have made the companions to escort annoying and hated. 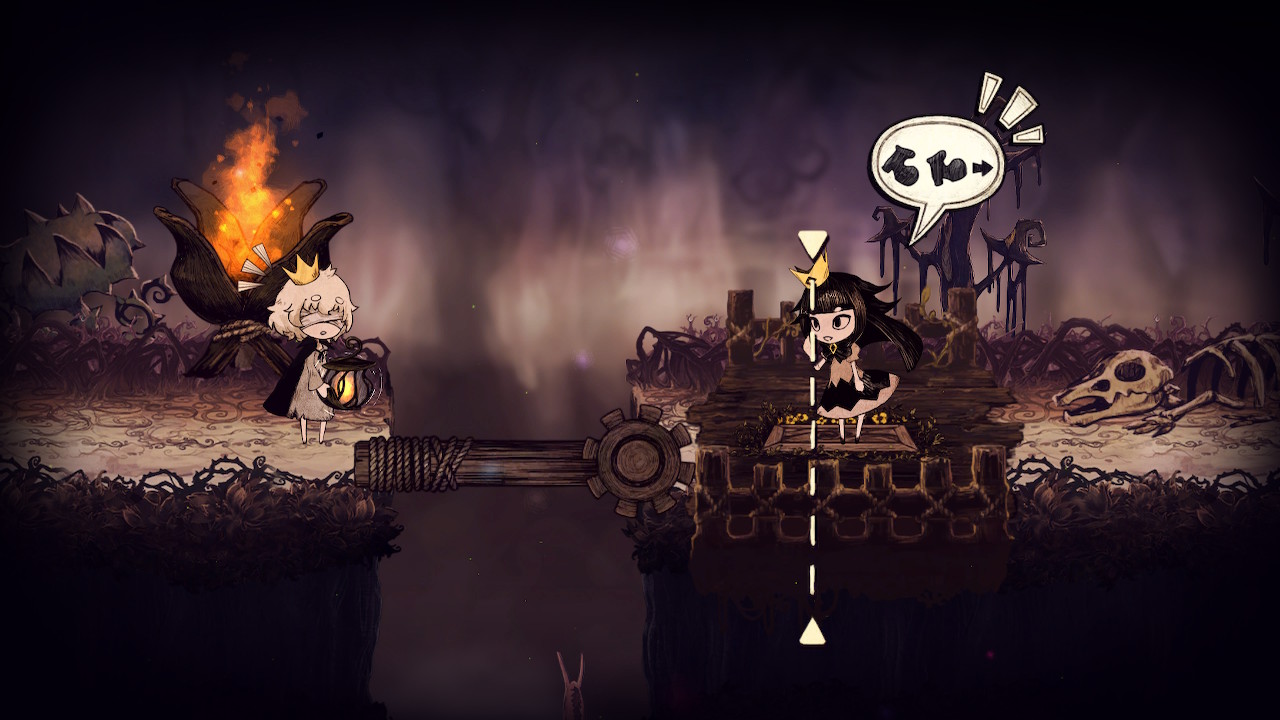 The Liar Princess And The Blind Prince it is a pure and sweet gem of the current indie landscape. A magical fairy tale that can be completed in about ten hours, dedicating yourself to the search for all collectibles. Ten hours of great emotional intensity, which at times can tear more than a smile of tenderness. A delicate, sensitive game, full of love, never stressful, as sweet as a song sung to the moon.
One of the examples to be presented to those who are still struggling to define video games as an art form.

Hunt: Showdown, the monster hunt according to Crytek