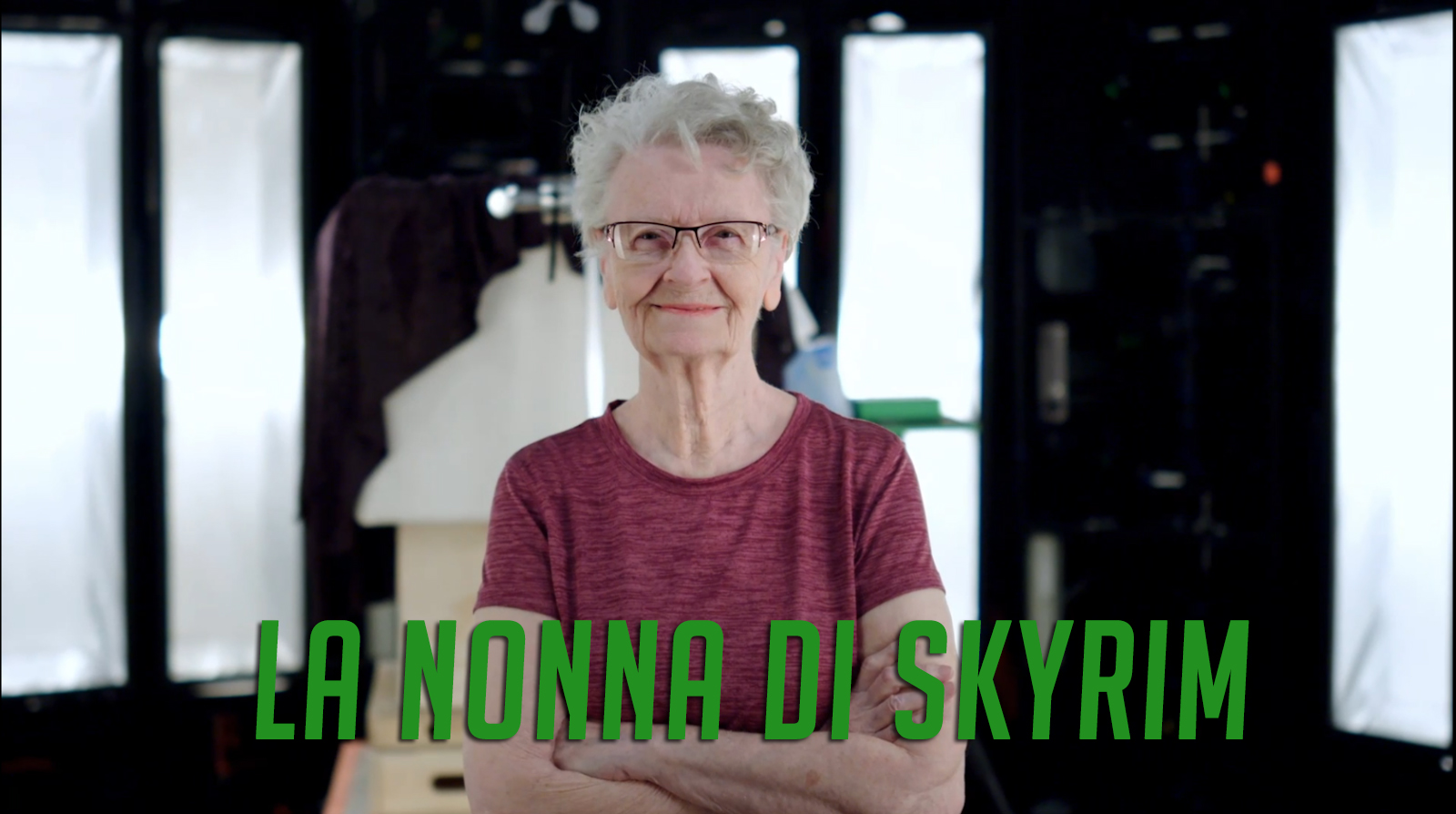 What to do it youtuber nowadays it is almost taken for granted, but by now Shirley Curry Skyrim's grandmother, 82 years, no.

Let's go back a little bit in the right time to refresh the memory for a moment.

In the distant 2015 this nice grandmother had the idea of ​​opening her own YouTube channel, a channel that today counts almost 500k members, For streammare or record videos gameplay di The Elder Scrolls Skyrim. Well, after having become a media case, after having acquired a very solid fanbase, after breaking into the hearts of all of us, we gave her a gift as a community.

In fact the colleagues of Eurogamer to call a petition which then led her grandmother to be contacted directly by her mother Bethesda. The community request was simple: Shirley Curry, the grandmother of Skyrim, should have been part of the new The Elder Scrolls. So it was, his fans' requests were answered.

We could appreciate during the twenty-fifth anniversary of TES al PAX East, a commemorative video that also showed the latest technologies in face acquisition starting from photos.

So yes, for those who were wondering Grandma Shirley will be a character within the next Elder Scrolls, too bad we have to wait for still quite a while before being able to savor it as it deserves.

I leave his first one down here gameplay about Skyrim Special Edition.