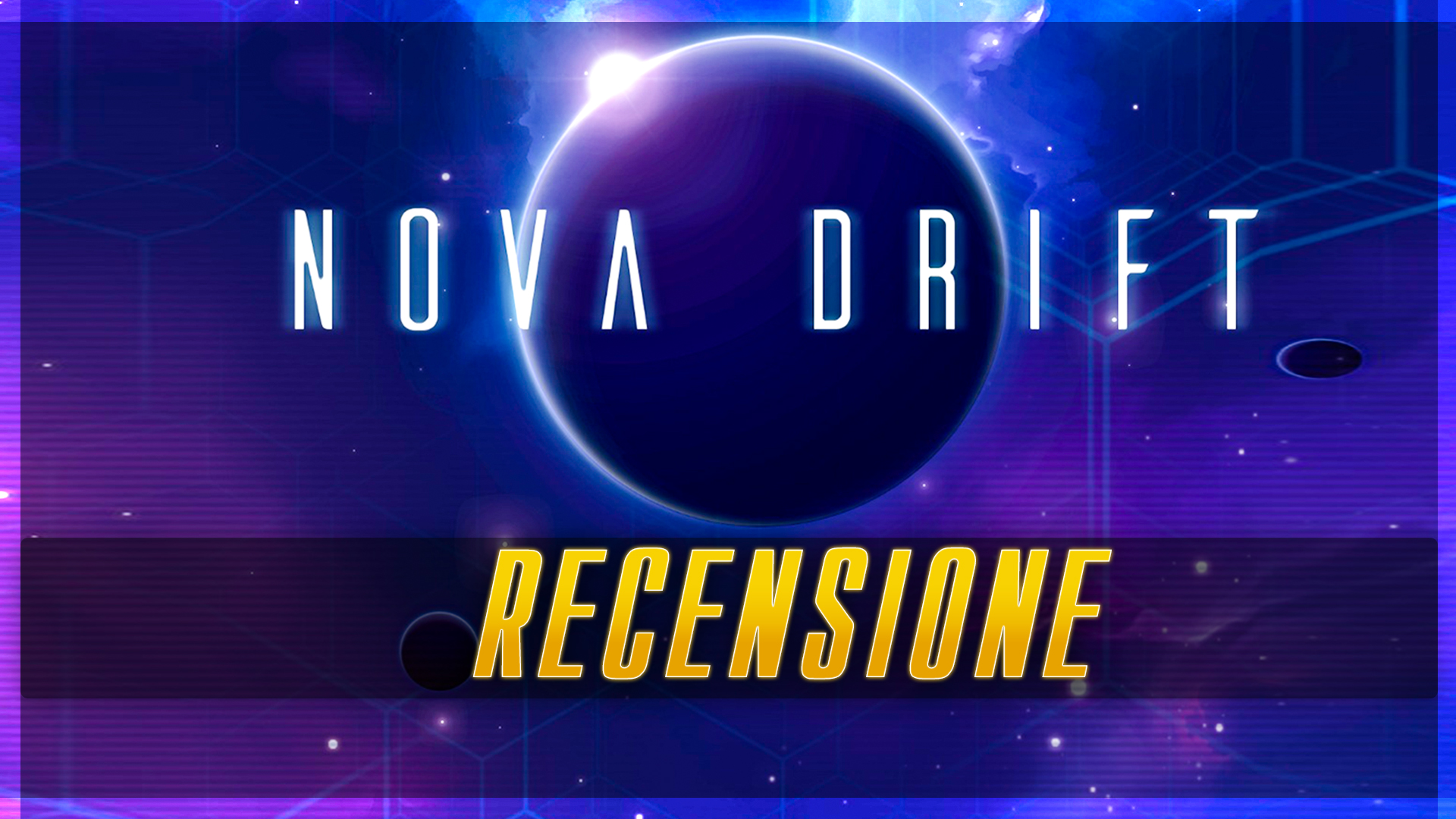 If you, like me, have lost several diopters due to games like Asteroids e Geometry Wars you are in the right place. From the first moment I met, by chance, with Nova Drift it was love at first sight.

From this title you should not expect a triple A or typical formulas of the free to play today, rather it is reasonable to expect a juice of gameplay e feels. For the older ones among you, believe me, just take a look at screenshot.

Nova Drift it is an adorable and damn funny title, although at the moment when I lay down these lines it is still in Early Access with release date scheduled for 27 March of this year. This therefore makes us hope that the game will be supported for a while by adding content that at the moment is a bit laughable, running out after just a few hours of play. Everyone should stop: all this work was done by one person, Jeffrey Nielson to date the only member of chimeric, except for the audio scope created ad hoc by Miles Tilmann di Pixeljam. Soon it will finally be possible to play Nova Drift also thanks to a campaign Kickstarter successfully closed in the 2017 and the support received from community e tests who accompanied dear Jeff during the gestation of the title. But let's get into the videogame itself, far from me wanting to get sick with tedious incipits Sabaku-style.

Nova Drift, a space shooter with elements roguelite, presents a graphic sector incredibly smooth e scorrevole, also thanks to the simplicity of the graphics. Despite this, the title manages to provide a noteworthy visual impact: after all we are not so spoiled that we need the 4K to excite us in front of a video game. The reference to the glories of the past with a wink to the present is obvious. The only sore point in my opinion, probably due to my looming old age, is the excessive luccicosità, pass me the term, of some enemies and some weapons even if the above does not in any way undermine the usability of the product.

The slope sonoro of the title is nothing exceptional. But be careful, this does not mean that it is a bad bill indeed, the main flaw is not having that extra personality and the sense of "already heard"Which is at times stronger than usual. Big point in favor of the audio sector is instead to mix and fit like a glove every situation faced so that, sometimes, even the background is ignored. Precisely this is one of the strengths of a soundtrack: the lack of awareness of its presence as it marries well with the situation.

Going to analyze the gameplay it is difficult to describe it with a few lines, it should be tried by hand. Surely the first approach can cause concern especially if you use the commands from keyboard, modifiable however also in joystick o mouse at will, but after a couple of games the control of the spaceship turns out incredibly fluid. To make it short with a key you shoot and with the other you give gas in only one direction, so it is our pleasure to learn to "driftare". A praise must be made to the boss fight, very well structured and with a well calibrated difficulty curve.

The progression has never appeared boring even after countless run, accomplice a game rhythm frantic enough, a good variety in the build and excellent replayability, thanks also to the total change of approach that one has based on the variation of weapons and perk unlockables. Certainly after unlocking everything you start to notice a slight lack of content, but it happens only after many hours of play. Once again I would like to point out that Nova Drift it is made by a single person, we therefore grant the good Jeff a little time to expand it all. I did not come down specifically in the details regarding unlockables and various methods to leave you the taste of discovery, after all it is itself a pillar of the entire production.

In short, we are faced with the classic game easy to approach but difficult to master. The only two critical points that I would like to emphasize in the review are:

As promised, the review was brief but damn intense, written with the heart in hand. I would warmly recommend buying for a really paltry price, €12,49 at launch on Steam or Itch.io, and a ridiculous weight, about 150 Megabyte for hours and hours of pure fun. After exchanging a few words with the developer, I can say that I was particularly struck by the enthusiasm and love of Jeff to Nova Drift, his first work. Although not mammoth, the title in question is given full marks.