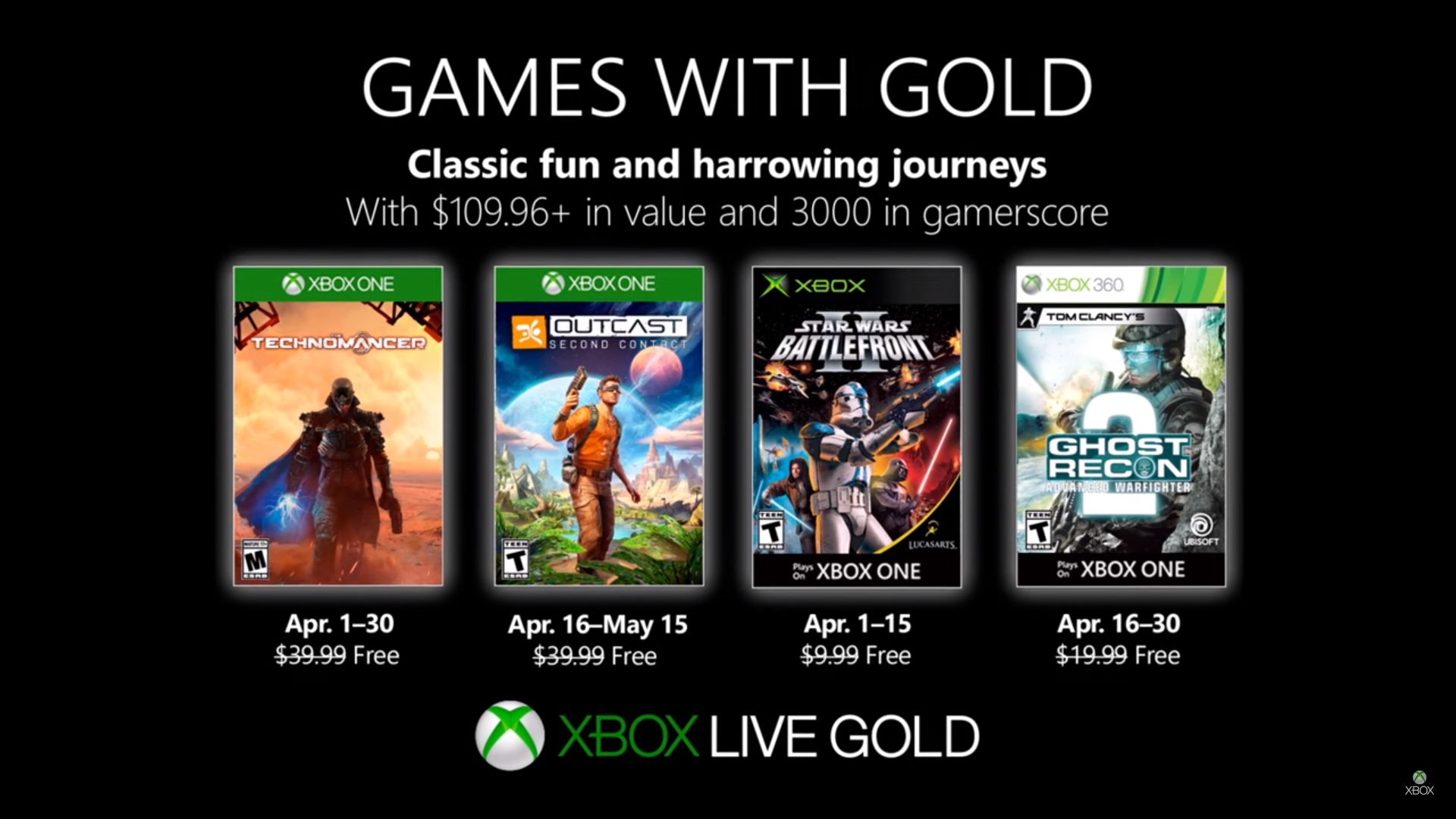 They have been announced for Xbox One e Xbox 360 the Xbox Games With Gold of April. In the last update there will be the original Star Wars Battlefront 2 for both One that for 360. The first of April and it will be downloadable for free up to the 15. On One instead i Xbox Live Gold members can download The Technomancer for the iwhole month di April. Third and final title available will be instead Outcast Second Contat, and will be available but al May 15.

Il 16 April Battlefront 2 will be replaced by Ghost Recon Advanced Warfighter 2, which can be downloaded as Games With Gold, to be precise, but to the end of month. We also remind you that Plants vs Zombies Warfare 2 it's still available until al 15 April. We remind you that for what concerns the March offers the titles still available are: Adventure Time: Pirates of the Enchiridion and Metal Gear Rising: Revengeance. There will be time up to 1º April to download both for free.

The Last of Us 2, unveiled the release date in the State ...