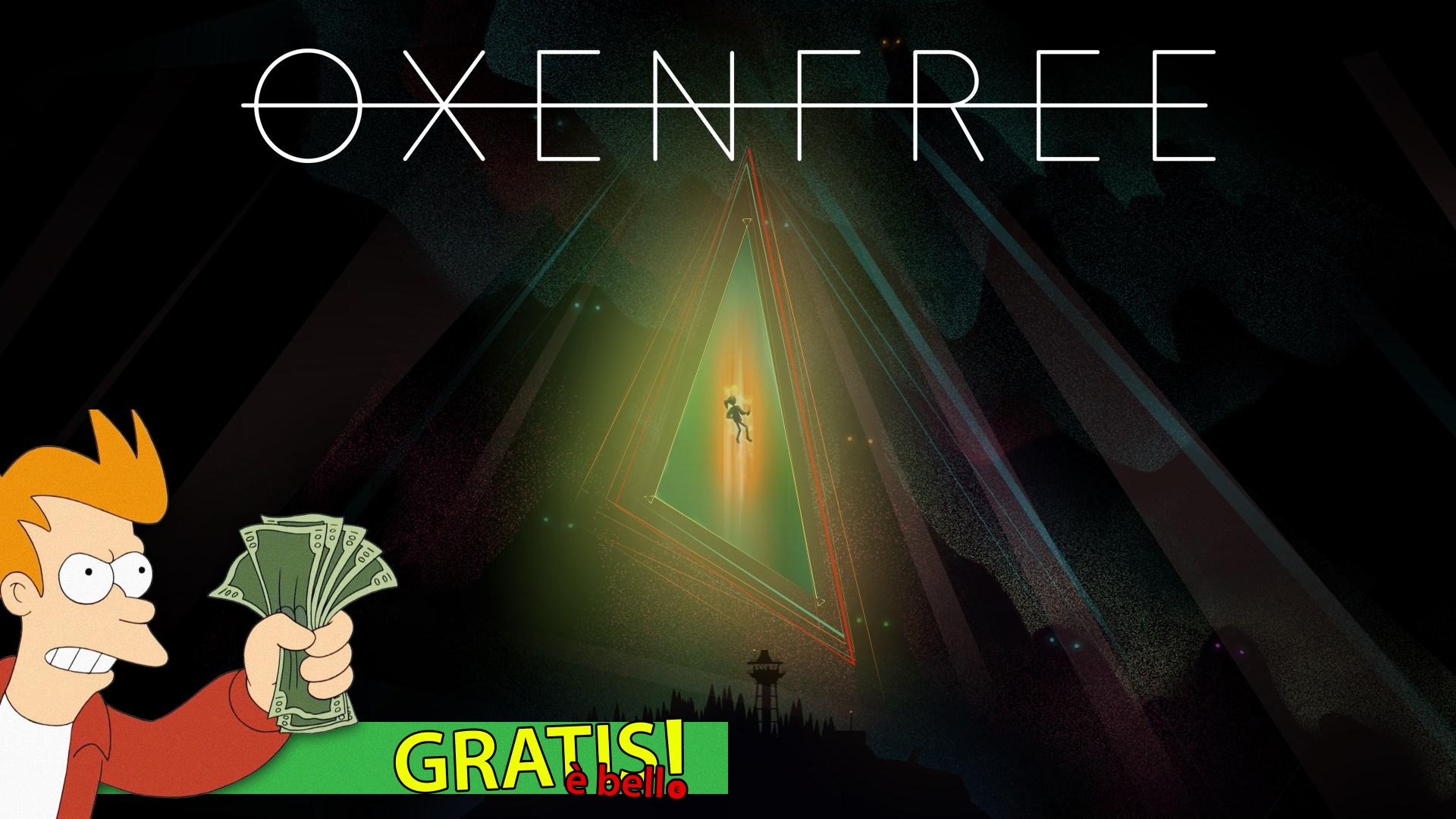 Citing the page dedicated to the title in the aforementioned digital store:

Oxenfree is a thriller with supernatural implications on a group of friends who inadvertently opens up a ghostly rift. Starring Alex, a rebellious and intelligent teenager who accompanies her half-brother Jonas to a party at night on an island that was used decades ago as a base for military activities. But during the night things quickly take an unexpected turn when a ghostly rift is opened, generated by the island's mysterious and restless past. It is completely up to the player to manage these terrifying events, the relationship with the characters and the sinister creatures with which to interact.

It is YOU who determines every aspect of Alex's story as he explores the restless and mysterious past of Prince Edward Island, changing the history and lives of the whole group of friends.

The game will remain available for free download until 4 April, when it will be replaced by The Witness by Jonathan Blow.

Andrea Schietroma - May 11, 2021
Departure with a bang for Resident Evil Village which, in less than four days, has already reached the remarkable milestone of 3 million copies sold ....
News

Nicolae Locatelli - May 11, 2021
NieR Reincarnation will arrive in the West on mobile devices and, for the occasion, Square Enix opens registration also in Europe. After the success achieved in Japan, ...