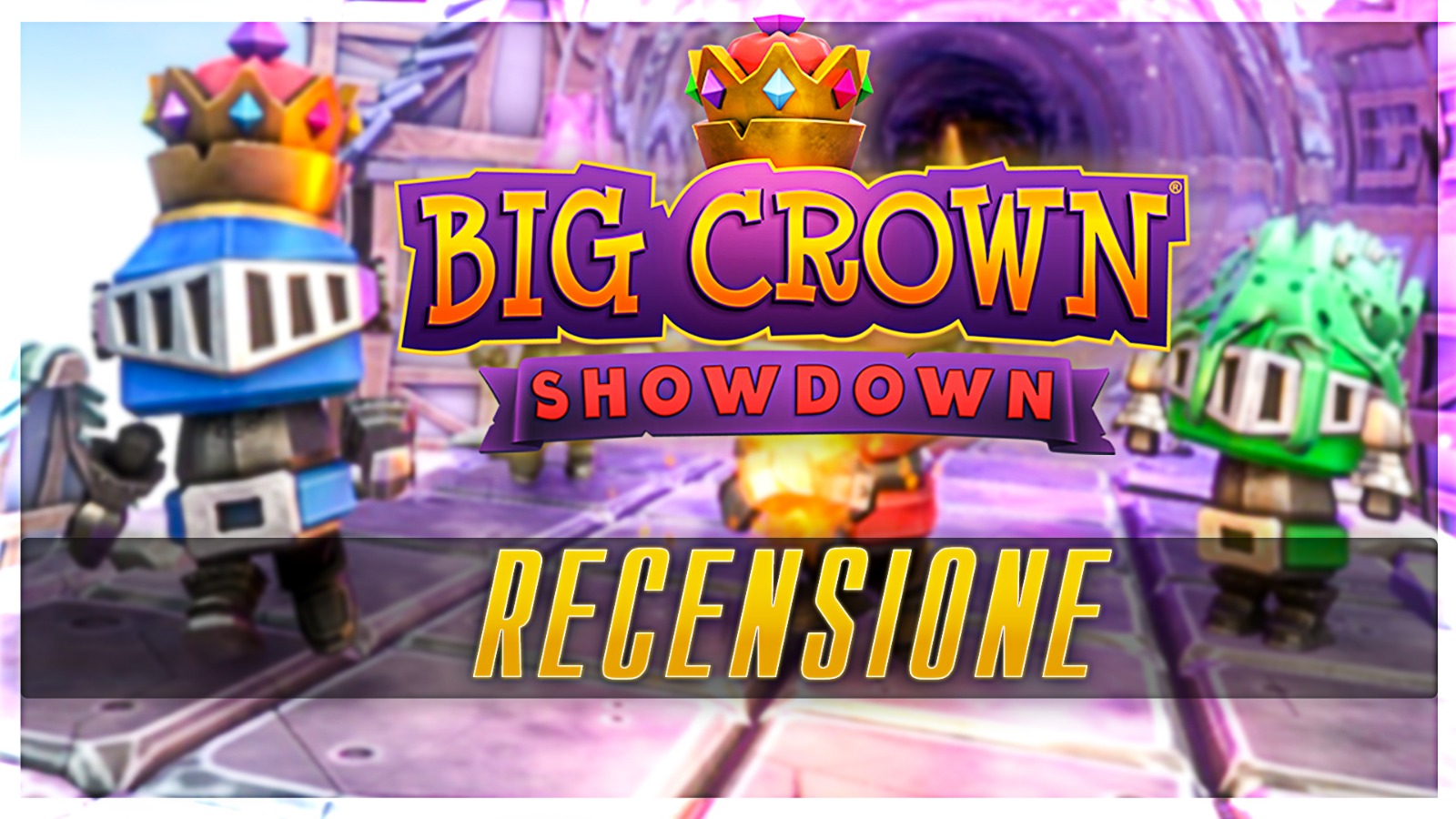 After a discussion with a friend or family member, imagine having to determine who is right with a "hit and run" game in any video game. If you do not know which one to choose, then Big Crown: Showdown It could definitely be for you. The independent work of Hyper Luminal Games is in fact available from 6 December 2018 on Ps4 and XboxOne and from 14 of the same month on Steam. Instead, it came to Switch after just over a month, the 10 January 2019.

This is a nice medieval platform focused on multiplayer games, online or locally, from two up to a maximum of four players. Pad in hand, without too many turns of words we find ourselves in the central hub; from here we can select a quick game or a custom game, as well as adjust some settings. Objective of the game is to reach the finish level goal avoiding falling on the way and dodging obstacles and traps placed on the way. The first player who succeeds in accumulating 20 total "points" at the end of the various rounds wins. 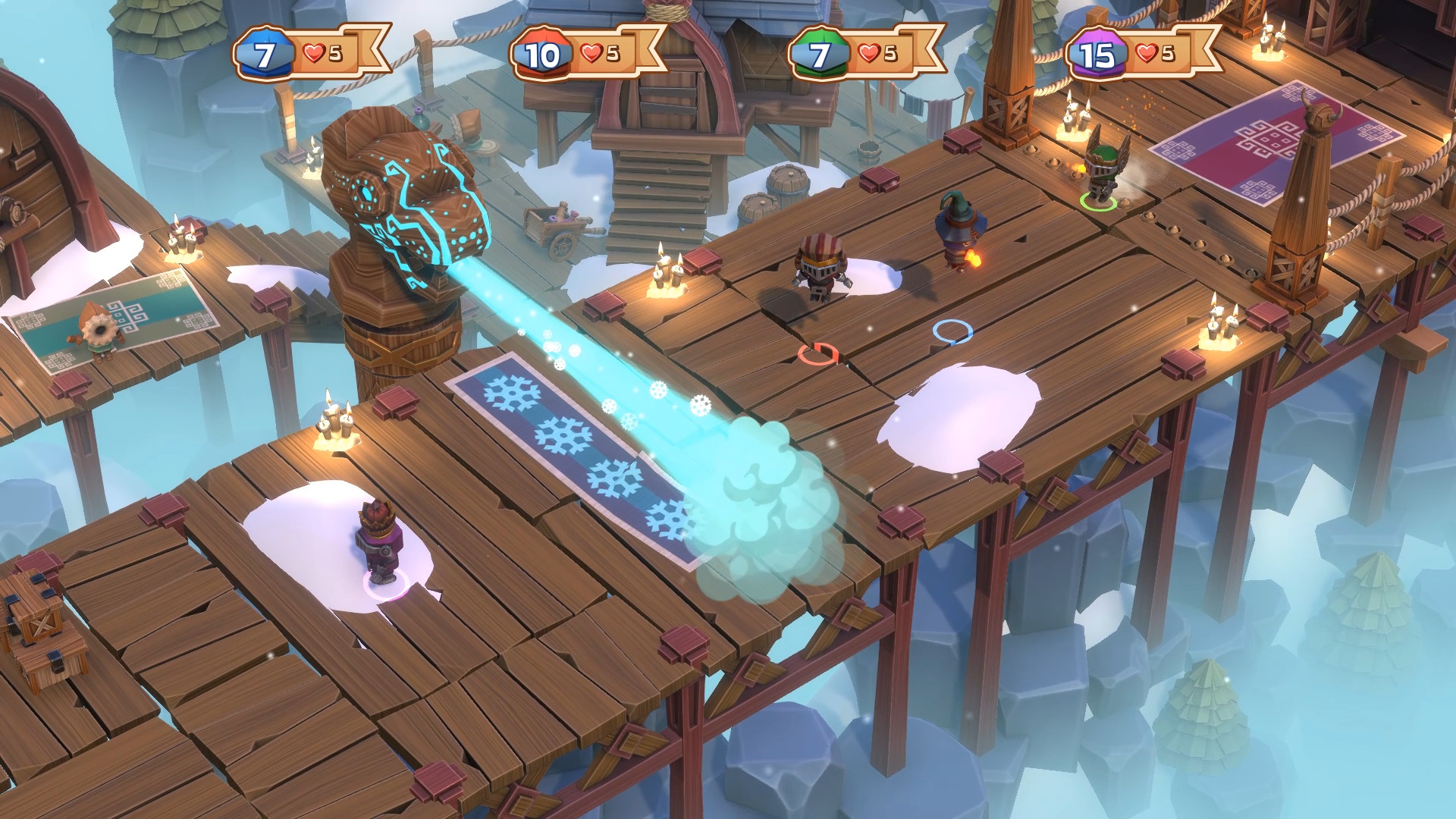 Not just a simple platformer

The merit of the developers was, however, having been able to support a simple concept, a really fun gameplay. Our main concern, besides looking at where we put our feet, is in fact that of push the other players out of the stage. To do so, we can mainly use the attack button that, properly loaded, allows us to hurl our opponents away; but we can also defend ourselves, thanks to a shield that nevertheless makes any kind of movement impossible. To make everything even more dynamic is the continuous movement of the camera, to which we must constantly pay attention. Going out of its field of vision for more than five seconds involves the loss of a life (and we have only five available). 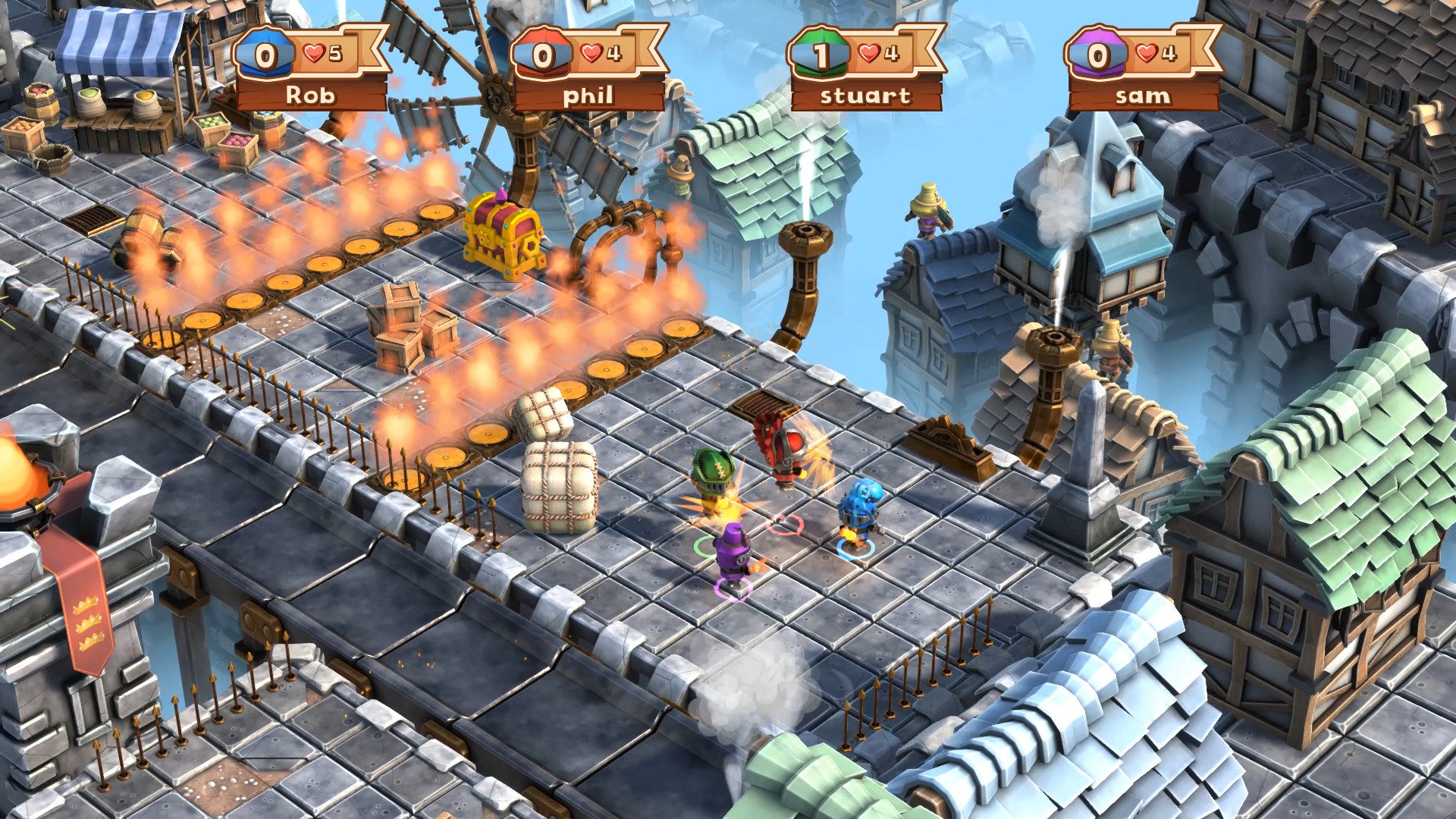 The feeling is still simple: becoming familiar with the commands is indeed really immediate, having to use only the analog stick for movement and the jump, attack and guard keys. The level design is linear and intuitive; the stages on which we must fight are in all fifteen, distributed in three great settings: we have in fact the sandy streets of Zoggysand, the city suspended in the air of Kasseltoon and finally the glaciers of Shivershire. From an aesthetic point of view the title is particularly inspired, with a cartoonish design that makes it visually pleasing. However, a certain repetitiveness in the mechanics and especially in the succession of maps, excessively similar to each other, is soon felt. The personalization of the characters is also poor: it is possible to differentiate them only for the color of the armor and the type of headgear, which can be purchased in a special section of the main menu by spending the coins found in the various treasure chests. On the other hand, the possibility of changing at will the settings of each individual game, by going to affect parameters such as the number of lives available, the points necessary to achieve the victory and the speed of movement of the aforementioned camera; expedient which, at least in part, helps to reduce the lack of variety.

The main advantage of the game is therefore its simplicity, which makes it really accessible to all, big and not (I assure you that being able to make my mother understand how to play is not a challenge for everyone). In conclusion, Big Crown: Showdown is the classic game with a light-hearted air that, in the amusement, does not bother to take it seriously. Perfect for spending a few hours of healthy fun in the company of carefree.