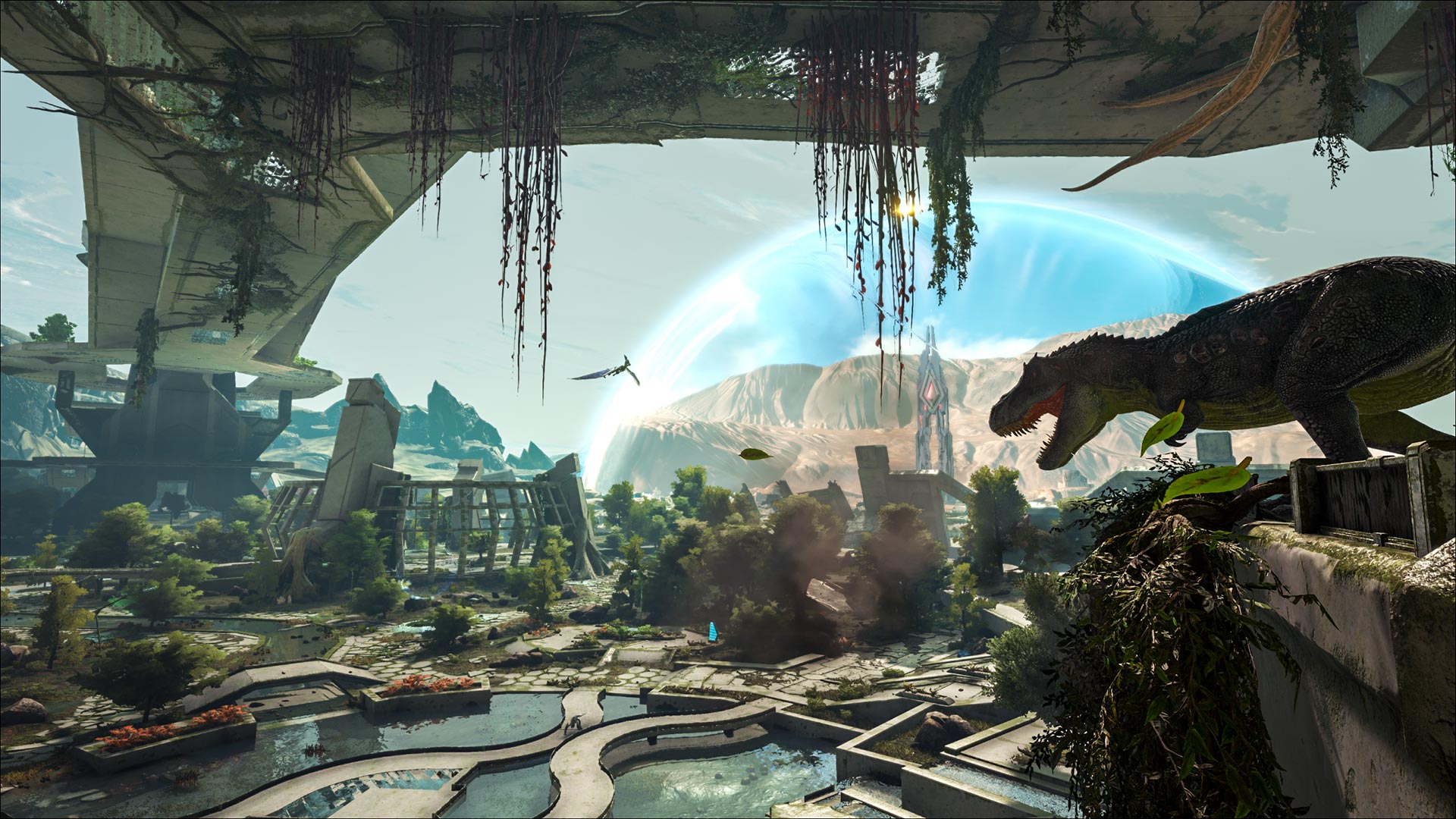 Ark: Survival Evolved was a success since its debut on Steam in the 2015 in Early Access. Three years later, the survival of prehistoric (more or less) prehistoric animals has reached a new goal: it is now available E, the latest expansion expected from the season pass of the Wildcard Studios title.

E definitely changes the cards on the table in terms of setting. If so far Ark had explored comets and spatial habitats of various types, the subsoil and so on, now it's time to go home: the expansion is infattiambientata on earth. To be more precise, a post-apocalyptic Earth, which of course it is full of dinosaurs and other prehistoric creatures, as well as killer drones and animals of pure fantasy. There will also be new objects and skills.

After completing the early access, have discussed a possible sequel and having expanded too to other platforms, Ark has therefore now concluded his season pass cycle. Given its continued popularity on Steam, it is hard to imagine that Wildcard Studios has not additional plans for the title, or at least for franchise. To find out what it is, we just have to wait - and in the meantime, survive in the Earth reduced to ruins of E.

Ark: Extinction is available on Steam, available for purchase separately or as part of the season pass.