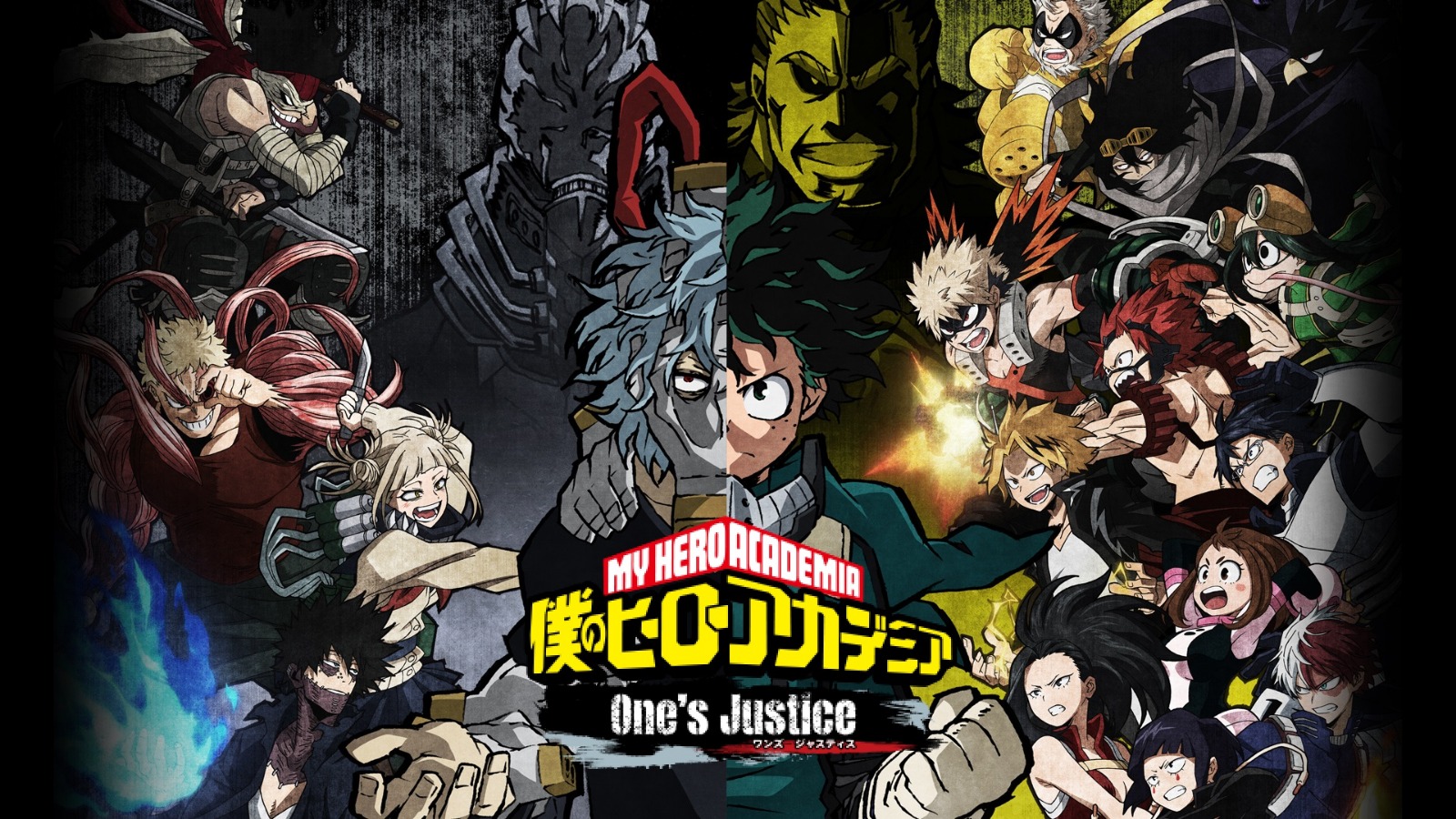 With My Hero One's Justice titles based on anime or manga are more than ten Bandai Namco has only released this year.

As you can easily guess from the name, this time it is up to one of the most appreciated Shonen of the moment, My Hero Academia, which is not only popular in Japan but also in the United States, a country that is usually very wary of comics products coming from the Rising Sun.

For the few who do not know the world of My Hero Academia it is right to make a small summary as the Story Mode present in the game follows fairly closely the events of the manga.

My Hero One's Justice it is set in an alternative world where to be born with powers, called "Quirk", It's practically normal.

The protagonist of the series, Isuzu Midoriya, also called Deku, is one of those few unfortunates born without Quirk, but is still moved by an unhealthy desire to help and protect others. This selfless character has attracted the attention of the greatest hero of all time, All Might, who decides to choose just the good Midoriya as his successor thanks to the fact that his Quirk, Called One for All, can be transferred from one person to another. Once in possession of the Quirk One for All, Midoriya manages to register with the Yuei high school, a real academy for the heroes of tomorrow.

The story of My Hero One's Justice it starts from the school festival of Yuei high school, when Midoriya meets Gran Torino, the old teacher of All Might, which will also tutor the young hero, in what is in effect a simple tutorial.

The Story Mode of My Hero One's Justice then begins with a combat scripted against Gran Torino in which we learn all the basics of the game: at our disposal we have only one simple attack, usable with the square (obviously all the keys can be changed through the appropriate menu), while the rest of the keys at our disposal activates the different emanations of the Quirk of the chosen character.

In addition to the buttons for the attacks you can make jumps, shots and parades, but above all you can combine everything: after making a jump, you can double jump or start with a shot, all ended with attacks or Quirk coming from 'high. In this way the three-dimensionality of the battlefield is exploited in long, wide and high.

They could not miss the moves "Plus Ultra": we have three available, which are activated depending on our energy bar dedicated to attacks. They can be used with the pressure of L1 + Triangle for the Plus Ultra at the 1 level, L1 + Circle for the 2 Level, while for the 3 level one needs to be clarified first.

Unlike many of the titles seen to date of the Bandai Namco, My Hero One's Justice back to the 1 clashes against 1 (we were used to 3 versus 3), with the possibility of using two characters like "Sidekick", recalled in battle by pressing L2 and R2. Once the attack bar has been fully loaded and the two sidekicks out, you can activate the 3 Plus Ultra by using the combination L1 + Triangle + Circle in a highly spectacular move that requires the use of all three characters.

The game arenas are full of details, fundamentally useless, but they give a great satisfaction to the player as any move tends to destroy something on screen, providing the feeling of being so powerful as to wipe out everything that stands before us, only with the shock waves generated by our blows.

Returning to the game modes, we have already mentioned the Story Mode, which culminates with the clash with All for one, the nemesis of All Might. In this mode we can use almost all the characters on the roster, as they are recreated situations seen in the manga, such as the clash during training between Midoriya e Bakugo against All Might.

At the end of each Story Mode fight we are assigned a rank based on how we fought and, depending on the result, we get rewards for use in character editors. Once the fight with All for one, the game asks us to start over, but this time we will be on the side of the villains: in this way the player can become familiar with all the characters and their techniques, before jumping into the online battles.

Besides the Story Mode we have the classic match in local to "beat" cheerfully with friends in front of the TV screen, online battle (with the possibility of playing ranked or not), a quite disappointing training mode (lacking the options to make the opponents perform certain combinations of attacks to train on defense) and the menus where you can customize our character with collectible aesthetic objects.

A separate mode is that of the Missions (the second source of objects for customization) where it is required to face challenges, more or less demanding, with three characters chosen by us. Between a fight and the other the life of the characters used is not treated to the maximum, but in our help are objects, obtainable through the reward system of fine fight, which allow us to cure ourselves or give boost to our attacks.

As for the depth of the roster there is unfortunately a must Bandai Namco e Byking: My Hero Academia is one of the shonen with more characters in the story, but the selection made by the software house within this title is quite thin, and we can only rely on any DLC.

From a technical point of view My Hero One's Justice does his job: the action is very hectic, even if sometimes the camera struggles to stay behind the fighters (with a lot of change of shots when you fight near the walls in the air), but never shows slowdowns. From the point of view of sound, however, no dubbing in English (the Italian forget it for these games) but at least feel the original Japanese voices it is always a pleasure.

My Hero One's Justice absolutely does not aim to be a point of reference in the world of fighting games, but it succeeds perfectly in what it was created for: entertain without too many frills. On the other hand this kind of games is very much based on the love that the fandom shows for the characters present and My Hero Academiaat the moment, it is among the most followed and appreciated.