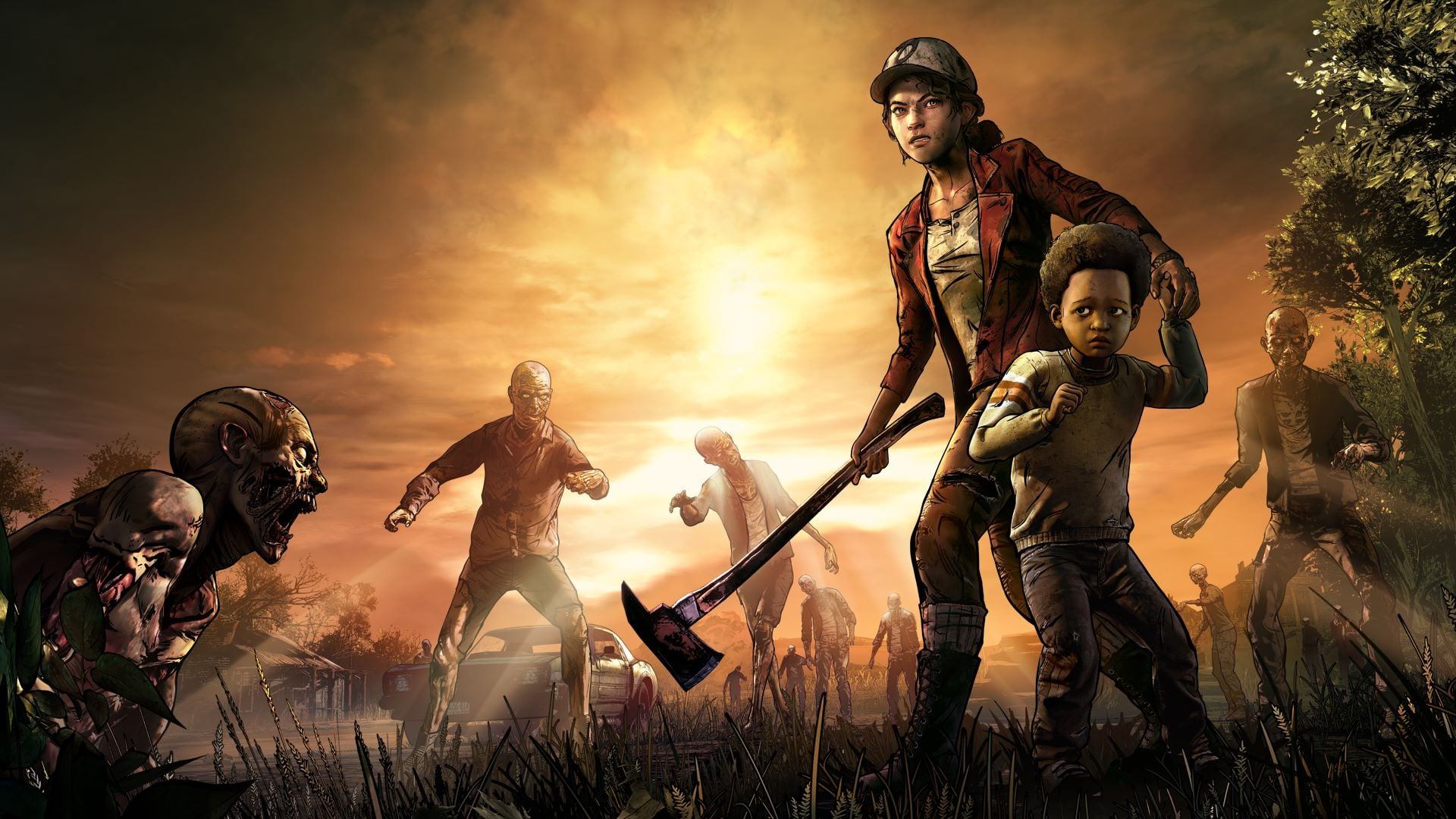 After 21 September 2018 shock announcement, in which Telltale Games claimed to have started to bankruptcy closing practices, the future of the series remained uncertain The Walking Dead, whose last videogame season is still underway. Initially Telltale Games had decided to abandon the development of The Walking Dead after the second episode of the final season, but it turned on a glimmer of hope for fans.

After the second episode Suffer the Children, which should go out tomorrow without a hitch, it navigates in unexplored waters: the few news concerning the following episodes indicated inexorably to a cancellation - with various users who have requested reimbursements for buying packages that also included episodes that could never see the light.
But yesterday afternoon (morning in the United States) Telltale Games announced on Twitter and the last word is not yet said, and that there are "different partners" who have offered and expressed interest in collaborations that allow the remaining two episodes to be completed and published "In some form". They also added that they hope to "soon" respond to the others, many questions regarding the story. 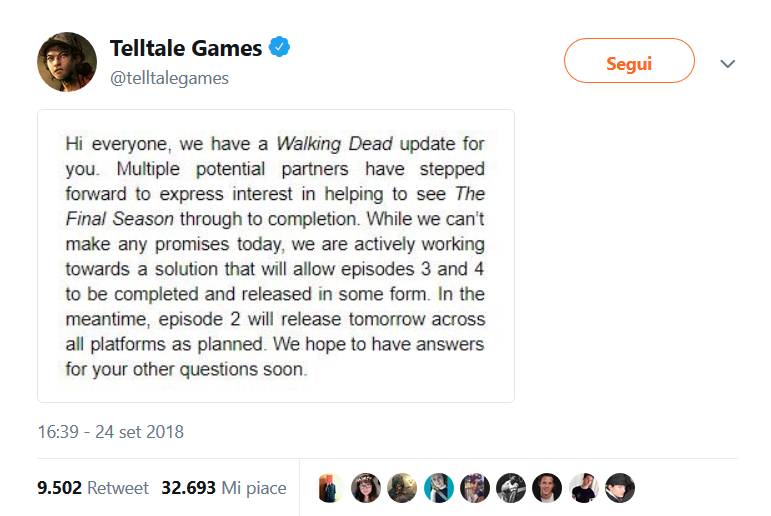 The second episode, Suffer the Children, will be released tomorrow. Uncertainty still reigns over the fate of the others, in the hope that Telltale will receive the help he needs to complete the story.

Borderlands 3, a leak shows the gameplay in advance