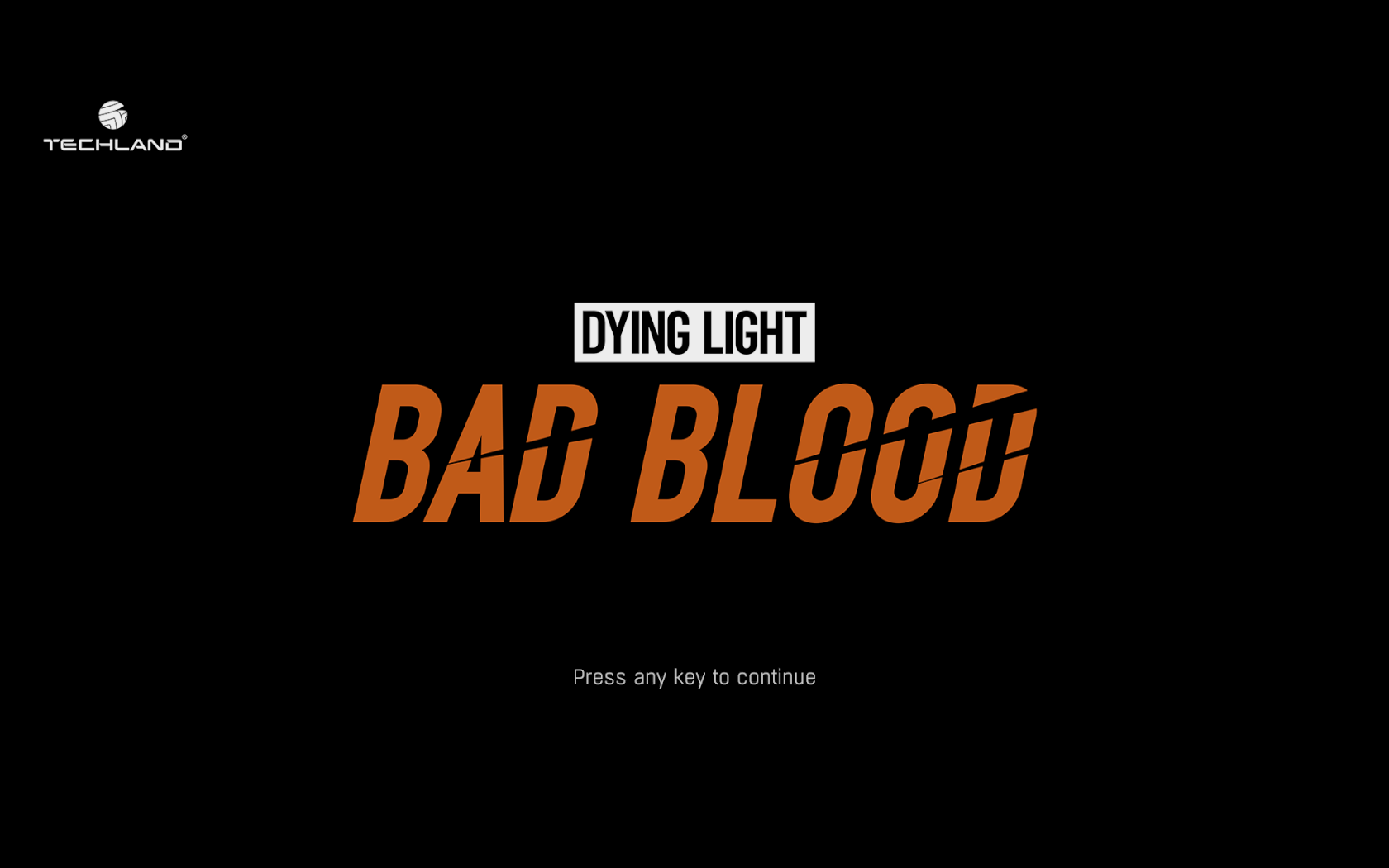 Thanks to the Techland guys we managed to get their hands on their new job, Dying Light: Bad Blood. In this article we will try to tell you the best about our experience. Let's begin.

Let's start from the technical sector. The guys at Techland have kept their expectations, providing a product (not yet final) without too much smudging and widely enjoyable. The bugs found are not excessive or extremely serious, all solvable with updates in itinere that, at least as has been seen so far, are certainly not missed. The graphics are very reminiscent of the first title with some improvements in details and light effects; nothing to do with the potential reached today, but in games like this it is certainly not the graphics the backbone of the project.
As for gameplay, Dying Light: Bad Blood is a FPP (First Person Perspective) Battle Royale. At the start of the game we are randomly catapulted to a point on the map, starting our search for weapons and equipment. Our goal is to reach the LIV. 5 before the other eleven players, goal that allows us to evacuate as soon as the plane arrives on the map. To level up we have to collect blood samples from the zombie hives around the map. The bigger the hives are, the more the enemies are strong and the more blood samples we get when they are cleaned. Alternatively, we can have someone else do the dirty work and kill them to take the samples they have collected. Be careful though: leveling up increases players' lives and the damage they inflict. Finding yourself in front of a player with more than two levels of difference could become quite dangerous.
Another way to get advantage on your opponents is to get rid of the air drop around the map: these are the only ones who guarantee to get their hands on the few firearms in the game.
Currently there are two ways: the Casual Mode, which allows us to create "custom" games by receiving less xp, e the Normal Mode, where we play unrated matches with a normal XP points gain. A Ranked Mode is planned, classified to be clear, currently not yet implemented.
At the end of each game, in addition to the experience, we earn "scars", one of the two currencies involved. The experience makes our character level up, allowing us to unlock chests and rewards. Scars instead allow us to buy cosmetics and customizations. The "blood bucks", however, are the premium currency that allows us to access even more exclusive content and skin. 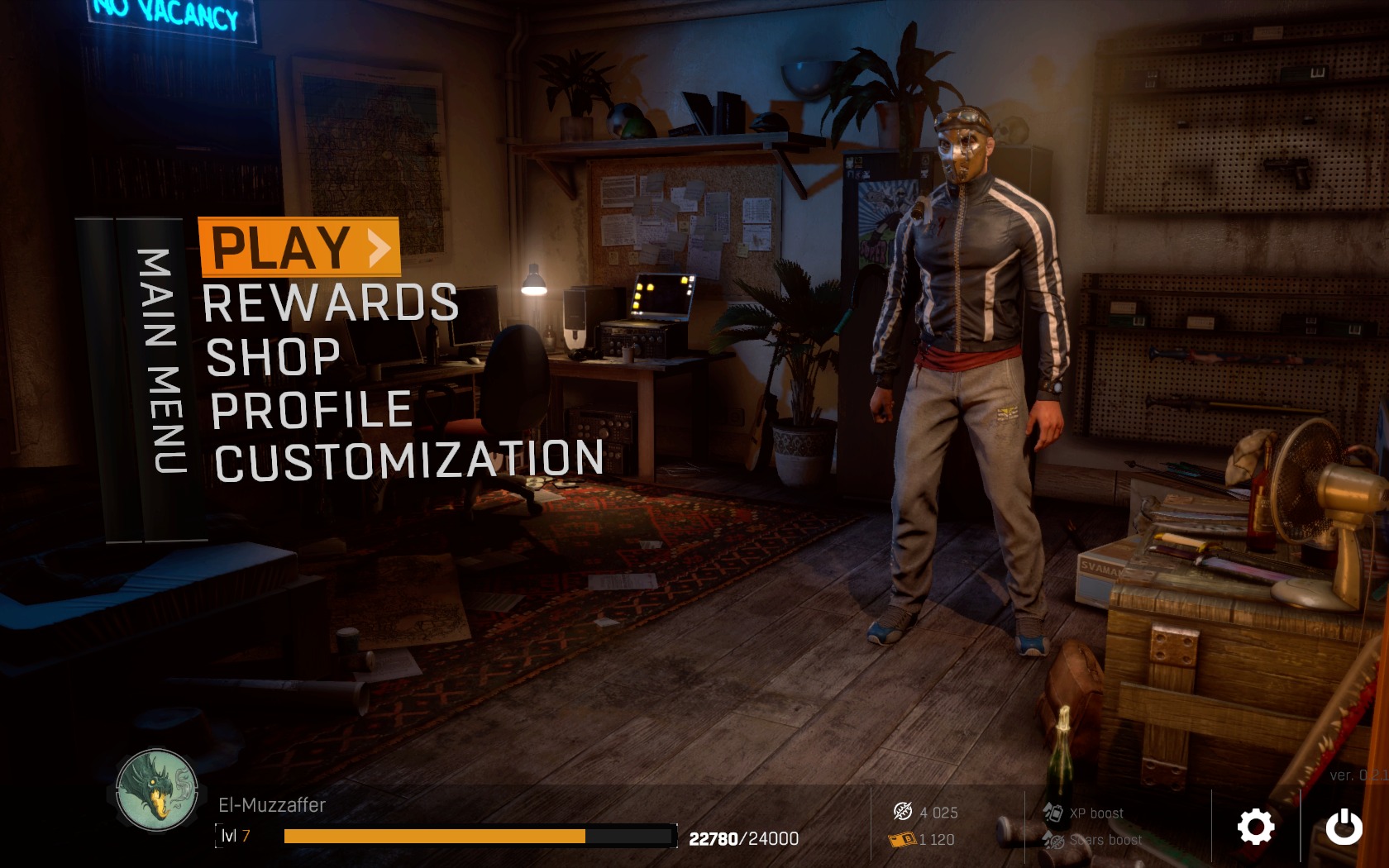 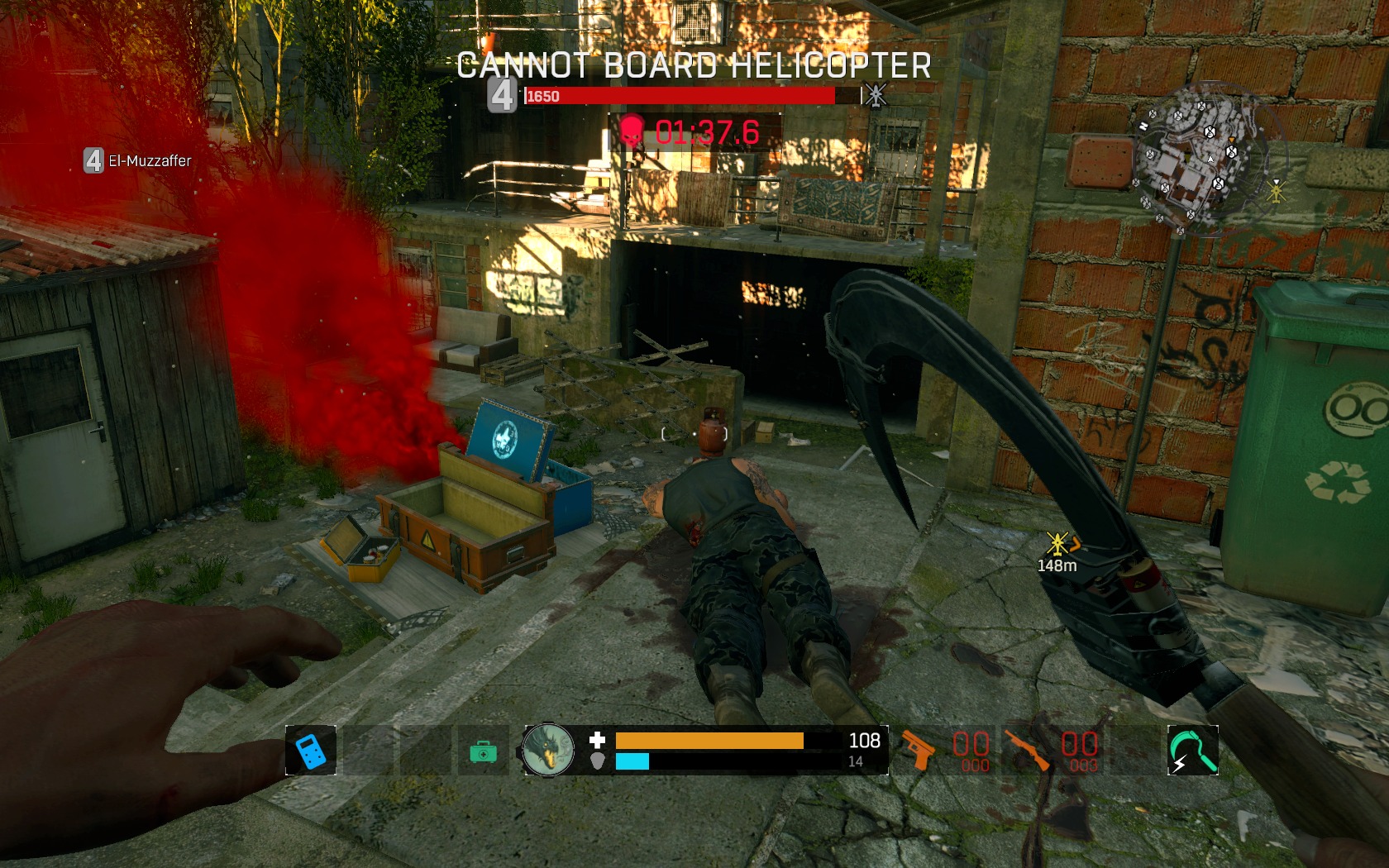 Many of these features could (and should have) be included in the "gameplay" paragraph. Instead I decided to describe them in a dedicated paragraph to underline their particularity. First of all, in the game there are (almost) ONLY melee weapons. We must therefore make our way to the white weapon and master the timing of melee combat, especially in PVP. PVP, however, that is not essential in achieving the final victory: potentially you can in fact devote yourself only to the search for hives, clean them up and get your blood samples. The non-necessity of PVP is perhaps the big news in Dying Light: Bad Blood. Furthermore, not to be overlooked the ability to juggle in the parkour to gain strategic advantages both in flight and in attack. 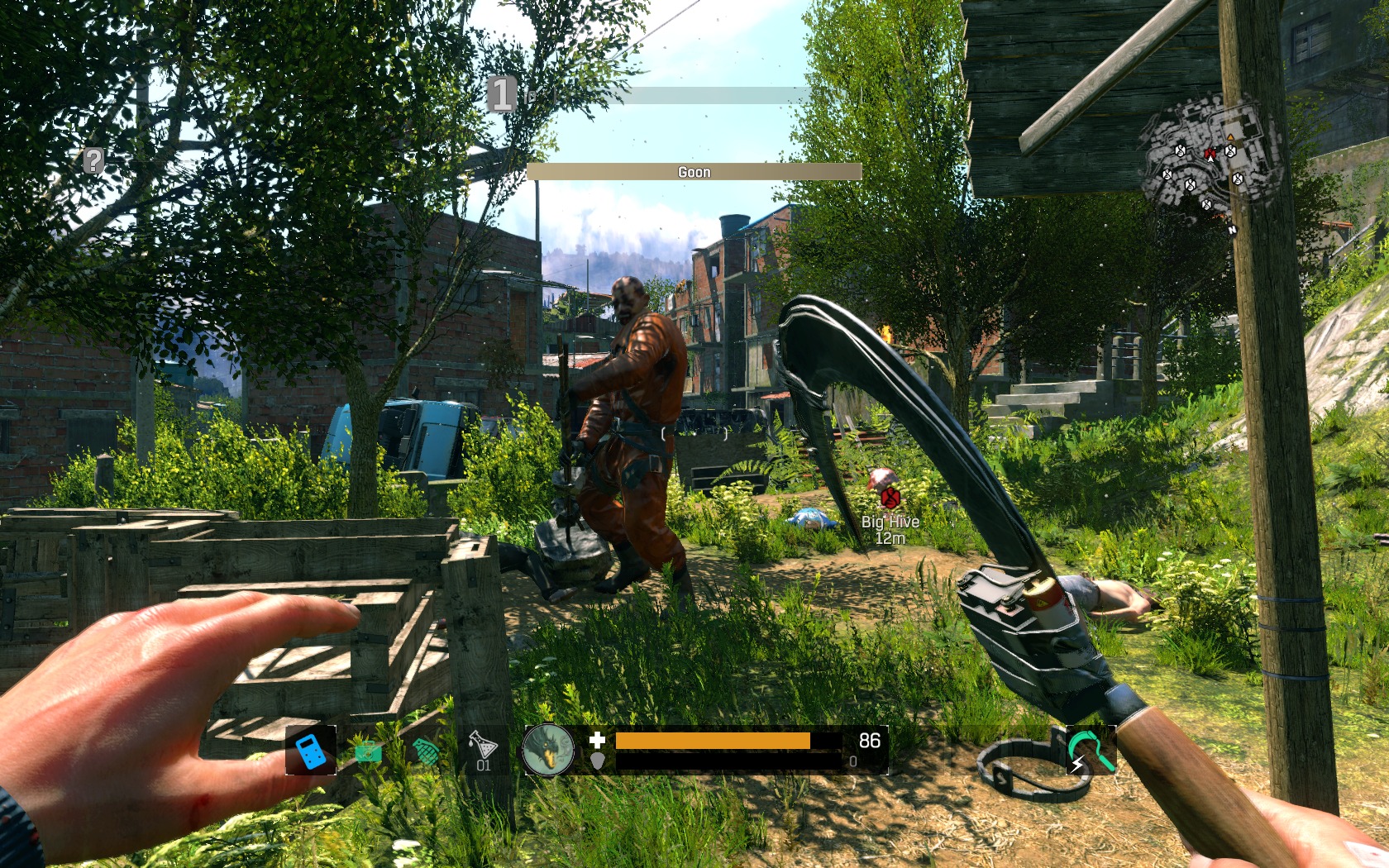 Dying Light: Bad Blood is simply ... brutal! It is no coincidence that the hashtag chosen by Techland is just #BRUTALROYALE, exploiting a nice play on words. The (almost) lack of firearms makes the game extremely frenetic and at the same time upsets what are the "traditional" strategies regarding battle royale and First Person Shooter in general. The adrenaline rush must be accompanied by a not indifferent attention; the lack of shots makes the environment very quiet, making us easily lower the alert state. Never do it. In Dying Light: Bad Blood you're never safe. Silence no longer means being sheltered.
As already mentioned above, the other novelty is certainly the chance to win without having to face anyone. Once arrived, the evacuation plane waits for around 2 minutes before taking the winner away. To climb, however, it is not enough to be alive: you must also have reached the LIV. 5. Logically waiting for us there will be an ambush, but we can simply run away and wait for the end of the countdown to bring home the victory. More generally, the (effective) implementation of PVE dynamics in a PVP mode par excellence is certainly a pretty good idea.
The Custom Mode, present and accessible to all (unlike many similar titles), allows you to train alone to know the map and its hives from the first to the last centimeter.
The map (for now only one) and the standard positioning of the hives are just among the critical points of this title, which is likely to become the matches too "mechanical" or otherwise repetitive. Another important eye should be put on initial spawn, in some cases still extremely unbalanced, which currently it allows fortune to play too big a role. The weapons, many and each with its characteristics, should be reviewed to ensure a more balanced DPS. The weapon with which I found myself better is in fact the scythe, not (only) for ideological reasons, but because the one with the best ratio of strokes brought / damage. The heavier ones, at this moment, do not even deserve to be taken into consideration if not for the most resistant zombies. As for the firearms, I want to ask only one thing to the guys of Techland: make sure you can remove that "almost" between "there will be" and "only melee weapons". If you decide to be brave, you might as well be to the end.

In conclusion, Dying Light: Bad Blood is certainly a title that can bring a breath of freshness to this kind of content, often poor. Precisely for this reason I started "biased", eventually having to change my mind: Dying Light: Bad Blood makes sense. He has a reason to exist; he has more than one reason to be able to say his and do it with originality and a lot, so much blood. Of zombies and not.
We are curious to see if and how Techland will move to make all this potential even more appealing.

We remind you that Dying Light: Bad Blood is currently in early-access and can be purchased on Steam with its Founder's Edition at 19,99 euro. Once officially released, the game will become free-to-play. #BRUTALROYALE