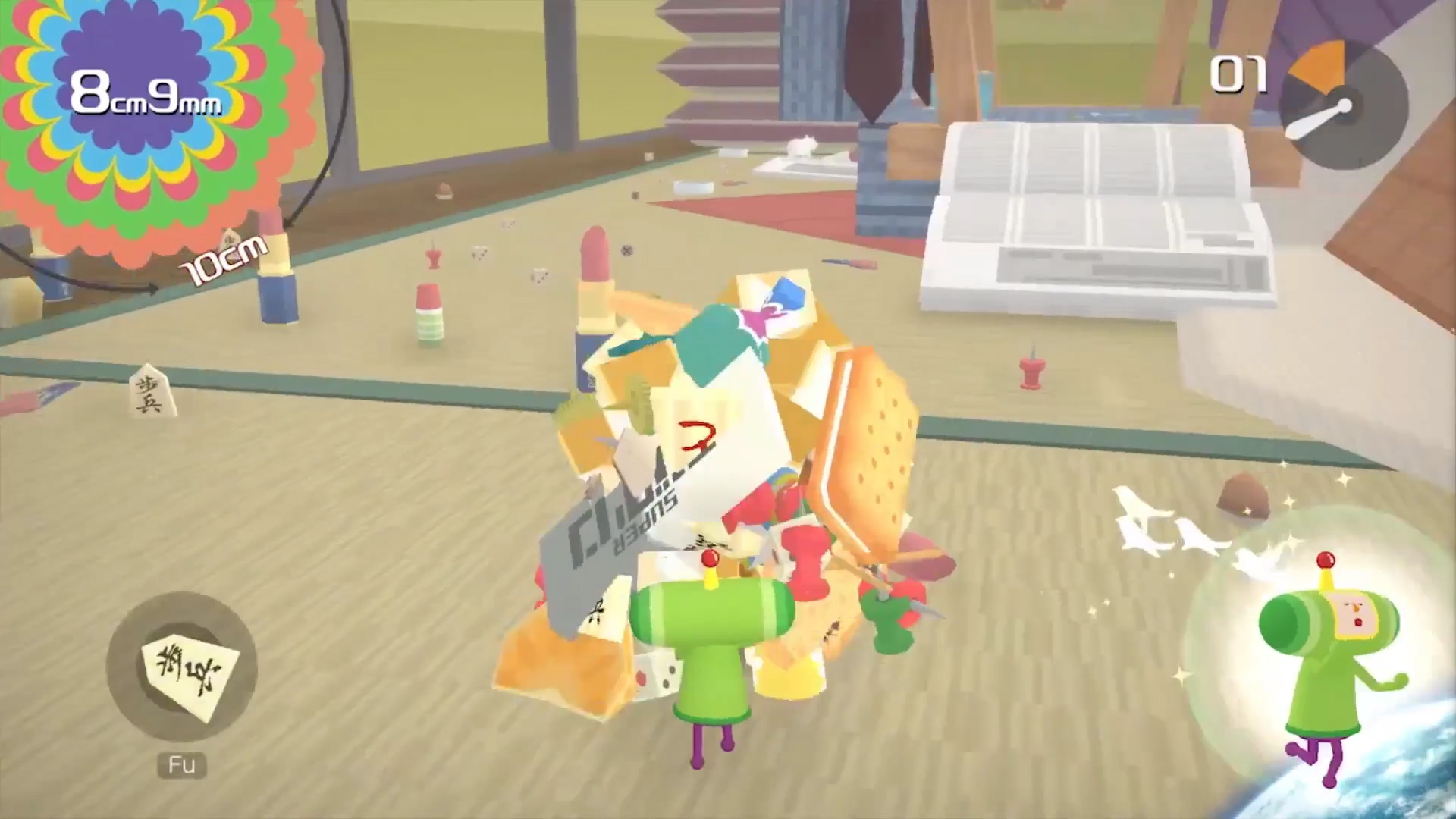 Katamari Damacy is a rather bizarre title: released in 2004, it is a puzzle game in which we have to roll a ball in a bizarre world and that attracts all sorts of objects on itself.

Published on PlayStation 2, it was then released on platforms but now a remastered version of the original is coming to PC and Nintendo Switch.

It also has a story, obviously absurd as the game itself.

The King of All Cosmos has eliminated all the stars in the sky after a night of particularly turbulent fun. Realizing his mistake, the King instructed his young son, Il Principe, to go to Earth and roll up as many things as possible to recreate the missing celestial bodies. Staples, books, cars, buildings, mountains and continents, nothing is too big or small for the Prince and his ball Katamari