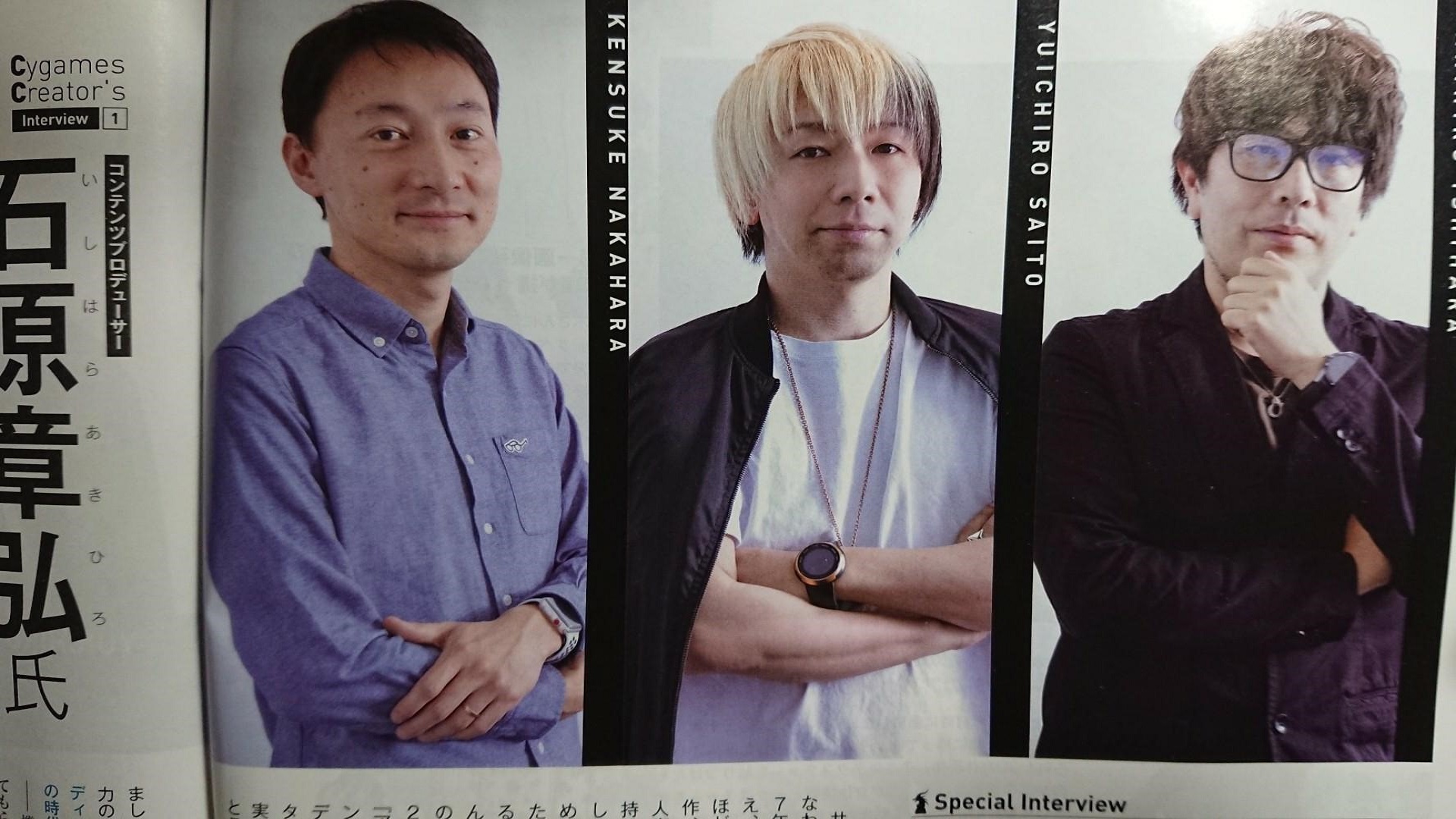 The number of last week of Famitsu presented an article on Cygames and it was revealed that the producer of Danganronpa Yuichiro Saito, the director of Bravely Default Kensuke Nakahara and the general manufacturer of Idolmaster Akihiro Ishihara now they work inside the software house.

Akihiro Ishihara, who left Bandai Namco in January 2016, worked with Cygames on Idolmaster Cinderella Girls but the most important element that led him to join the company was the speed at which decisions are made. He told that he once asked "why do not we do it?" And was approved in about five seconds. Ishihara believes that this type of speed is necessary in this age of creating cross-media content.

Ishihara is currently working on Uma Musume: Pretty Derby, a cross-media project on anthropomorphic horse racing. The anime of the project is on air since April 2018 and the game should come out this year. When asked what he wanted to do one day, Ishihara replied that he would like to do a "hakoniwa" style game (Captain Toad Style: Treasure Tracker).

Danganronpa producer Yuichiro Saito is another great name that joined Cygames. He left Spike Chunsoft last October. During that time, Cygames president Koichi Watanabe took him around the offices and Saito thought Cygames was a place where he could play fun games.

Saito is also very impressed with Cygames' internal network because, whenever he needed help, the experts in that area were immediately available to provide quick and accurate answers. Thanks to this, he was able to concentrate a lot more.

Currently, Saito is working on three console games, and hopes to be able to announce one later this year. He wants to fulfill his ambition to make a million buyers with this new IP.

Kensuke Nakahara was the director of the Bravely series and became part of Cygames in the 2015. After the release of Bravely Default: For the Sequel in Japan he had lunch with the current CTO of Cygames and decided to take a ride in the company. The factor that led to the decision to work with Cygames was to be able to work on the same level as the legendary Akihiko Yoshida, who was the art director of CyDesignation.

Nakahara is currently working on a new title with Yoshida. He believes he can really "achieve the best content ever" on Cygames. He also mentioned that plans and projects move much faster within society.

What is the best Final Fantasy for the Japanese? Surprisingly ...