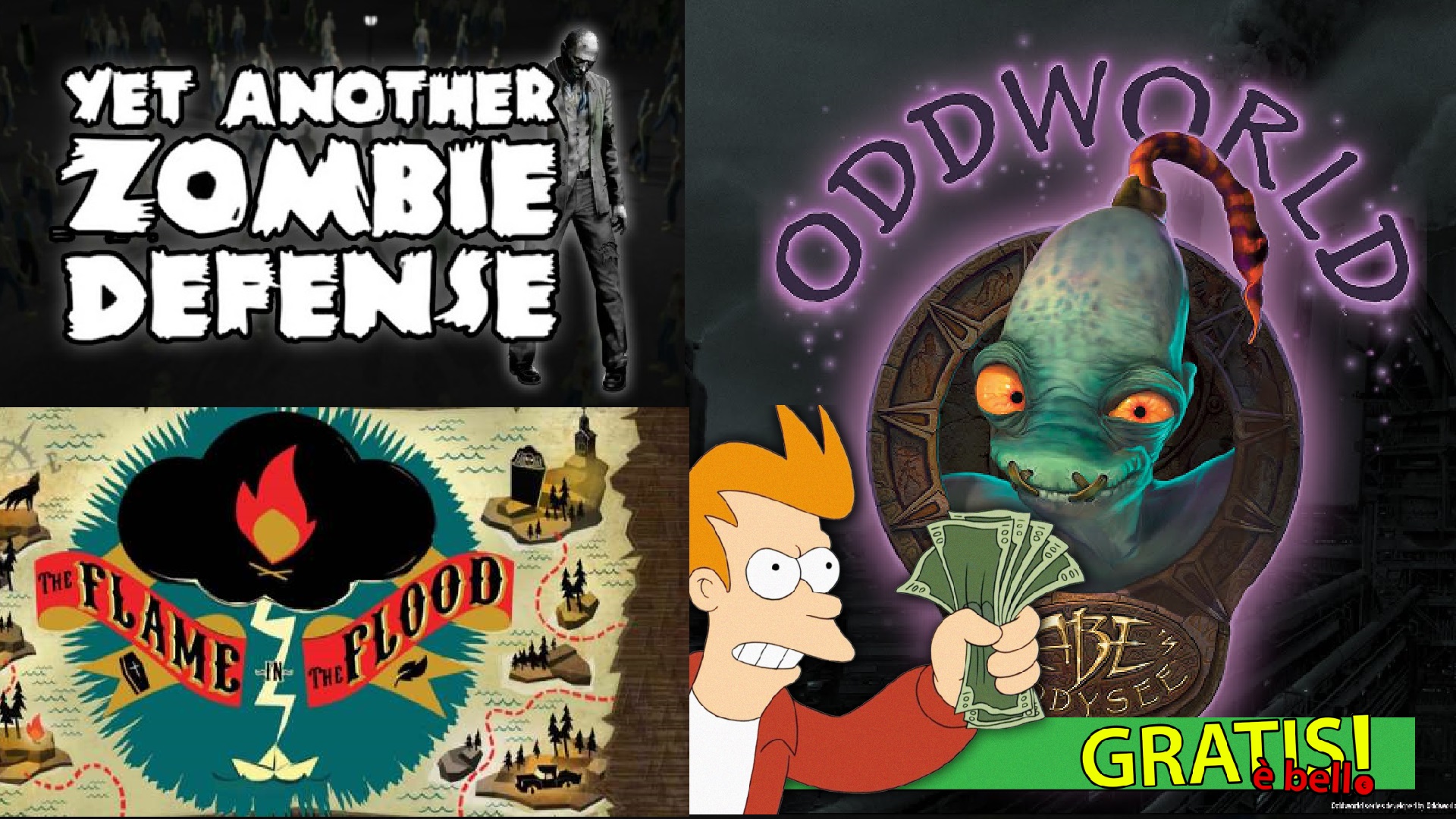 Today will be a rich day, I assure you because we have not one, not two, but well THREE games to be reported for our column "Free it's nice"And we start from the latest offer of Humble Bundle: The Flame In The Flood.

The Flame In The Flood is an Indie Survival Game but behind it has a creative team of all respect of triple A developers who wanted to embark on their own path founding the "The Molasses Flood".

The game, originally released in the 2016 on PC and Xbox One, and in the 2017 on PS4 and Switch, also got good feedback from the critics.

You find it onHumble Store but you have to hurry (to read obviously with the advertising of Armchairs and Sofas in mind): the offer is valid only until 12 May 18 hours!

Let's move on to the second offer of the day: this time we move on Steam to Yet Another Zombie Defense.

Yet Another Zombie Defense is "Top-Down Arcade Zombie Shooter"(Sorry, but I liked too much the definition that I had found around not to share it with you) with strategic elements whose purpose is to survive as long as possible the waves of zombies that will eventually get the better of us (because you know that in the end the zombies always win!).

Here the offer is even shorter: if we have not done the wrong calculations you will find the game on Steam a this link up to today's 19, then CORRETE!

We always stay on Steam, this time to talk about a game that ALL, but just ALL, you have at least heard of once in your life: Oddworld Abe's Oddysee.

Abe's Oddysee, the first chapter of the saga, is one of those games that have made the history of Playstation 1, a true masterpiece for technical realization, considered the means of the period.

Here too the offer is limited time, but you must absolutely redeem it to this linkbecause your library Steam (and in general your "videogame career") would be empty without this game.

Free it's beautiful! Lego: The Hobbit on Humble Bundle