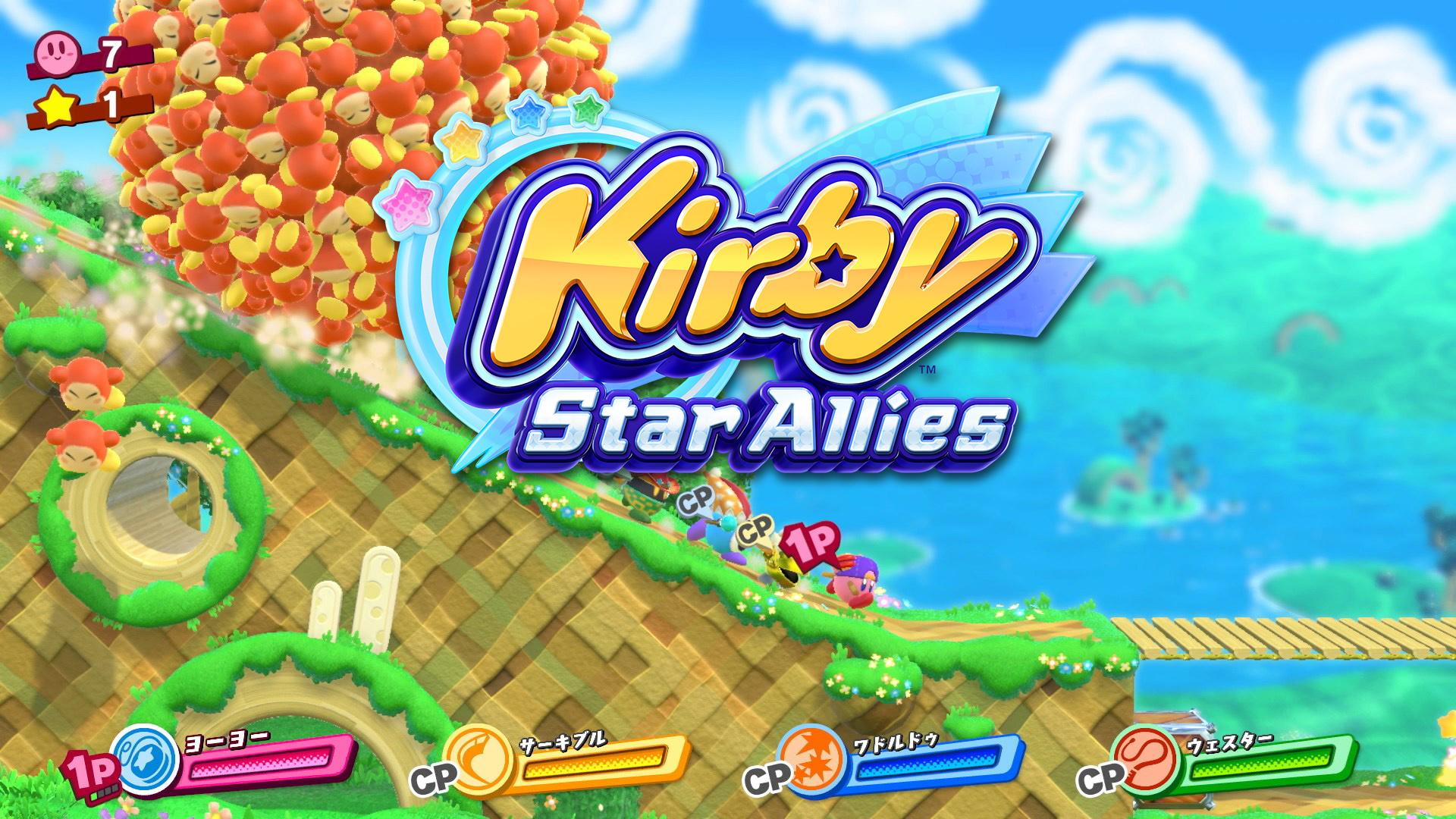 There are days when everything goes wrong: at work is a Greek tragedy, you had a quarrel with someone, the lunch at the table seemed to be muddy and the weather fluctuates between intense storm and universal flood warning. In such days you need an invigorating tonic, a magic potion to get back at least a minimum of good humor. You will find it shortly on the shelves, and the commercial name is "Kirby Star Allies".

I have always had a strong respect for Kirby, probably for a question of common views and shared affinities. We are both small beings eager to explore the world to feed ourselves of everything we encounter, focusing on appetizing sweets but not even disdaining pizza, sushi and ethnic food. In Kirby Star Allies, the pink ball is also particularly interested in public relations: much of her journey is taken up by making friends with the critters she meets, to join her own team of warriors or alternatively to eat them and get their powers . And here I already recognize it more, so go Kirby. We can therefore create a team of 4 fighters, each with their own specific offensive or defensive abilities: in addition to the classic swordsmen, ninja and texans with the whip (the latter as a design reminds me terribly Carmen Sandiego), we have an endless array of bizarre crafts, including the chef, the artist and the yo-yo pitcher. The majority of the classic characters, like those with elementary powers of ice, fire, water and wind, become essential to enhance the weapons of the other team members: Kirby Star Allies allows you to mix your skills as you wish, making our fighters work together. We can therefore obtain a lethal whip of fire, and use it to annihilate adorable little creatures gives immense satisfaction, a sword of wind or even a bizarre monster of rock enhanced with color, which turns into a creepy sculpture of Kirby and splattered on enemies making them jam. There are also a multitude of combined blows, which are achieved by using two different abilities simultaneously, and often their use is required to solve small environmental puzzles, the difficulty of which varies from "we could even a monkey" to "what the heck do I have to do? and because heck is no longer clear, I think I'll throw the controller against the wall. " Despite this, I found them pretty funny, I swear.

It is clear that Kirby Star Allies is at its best with the multiplayer, in which four players can give themselves crazy joy at the same time, each embodying a different ability. At the same time, however, it is not bad to play in single player: the CPU shows itself quite up to the situation, never behaving in an idiotic way. Sometimes our allies obviously do not move fast enough and get crushed by huge stones, but it happened to me too, so I do not feel too much to blame them. The real problem is the excessive chaos on the screen: it's all a big party of colors and characters. Beautiful, beautiful but it happens to get confused and not understand what our character is and what an enemy. Or a bush. Visual pollution aside, the title is a real pleasure to watch: the backgrounds are absolutely wonderful and you have the instinct to tear them off the screen to hang them on every wall of the house. The colors are so bright and bright that you would like to eat them (or at least, I have this instinct.) Maybe I have problems) and the characters are adorable in every aspect. All this grandeur is paid in terms of performance: Kirby Star Allies turns to 30 FPS, stable and without drops but certainly not a result to celebrate in the 2018. A round of applause for the music that are, little surprisingly, memorable and catchy. I'm humming a still, la-la-la-la.

The majority of players consider fundamental the longevity of a title, especially to justify a purchase at full price (and I do not blame them, since in place of the game you could buy as many as six pizzas), so I think that two words are necessary. Kirby Star Allies is not a title with a particularly long main adventure, like practically all the predecessors of the series, but includes a good amount of collateral activities to entertain even the most skeptical. There are several rather fun mini-games to play in multiplayer, and an alternative mode that allows you to relive the whole story from a different point of view. The happiness of lovers of completism is guaranteed by the presence of puzzle pieces to collect, to unlock cute pink ball and companions artwork. The pieces are scattered throughout the levels or as rewards in special challenges, and are divided into pink and blue. Do you remember something? If not, spin to study the StreetPass mode of your Nintendo 3DS, or let someone lend it specially for the occasion. If you want to cheat and finish the harvest in a few minutes, you can always make a binge of amiibo and use them all together: they also give you items and collectibles. The difficulty of the title, let's face it, is never really high. But if you want a really challenging game, it's better to dedicate yourself to something less kirb-esco.

At Kirby Star Allies I give the vote of 10 cookies and a half, possibly convertible into 8 lasagna and a quarter or 9 slices of tart, at your convenience. It is a title not to be taken too seriously, but which can make you have a lot of fun, especially if you have some friends to play with and to enjoy the moments of madness it offers. Finally you will be pleased to know that the end of the game is perfectly adherent to the canons of the saga, and again, if you do not know what I mean, I suggest a bit of (disturbing) research on the historical titles that made the pink sphere one of the our dearest friends.