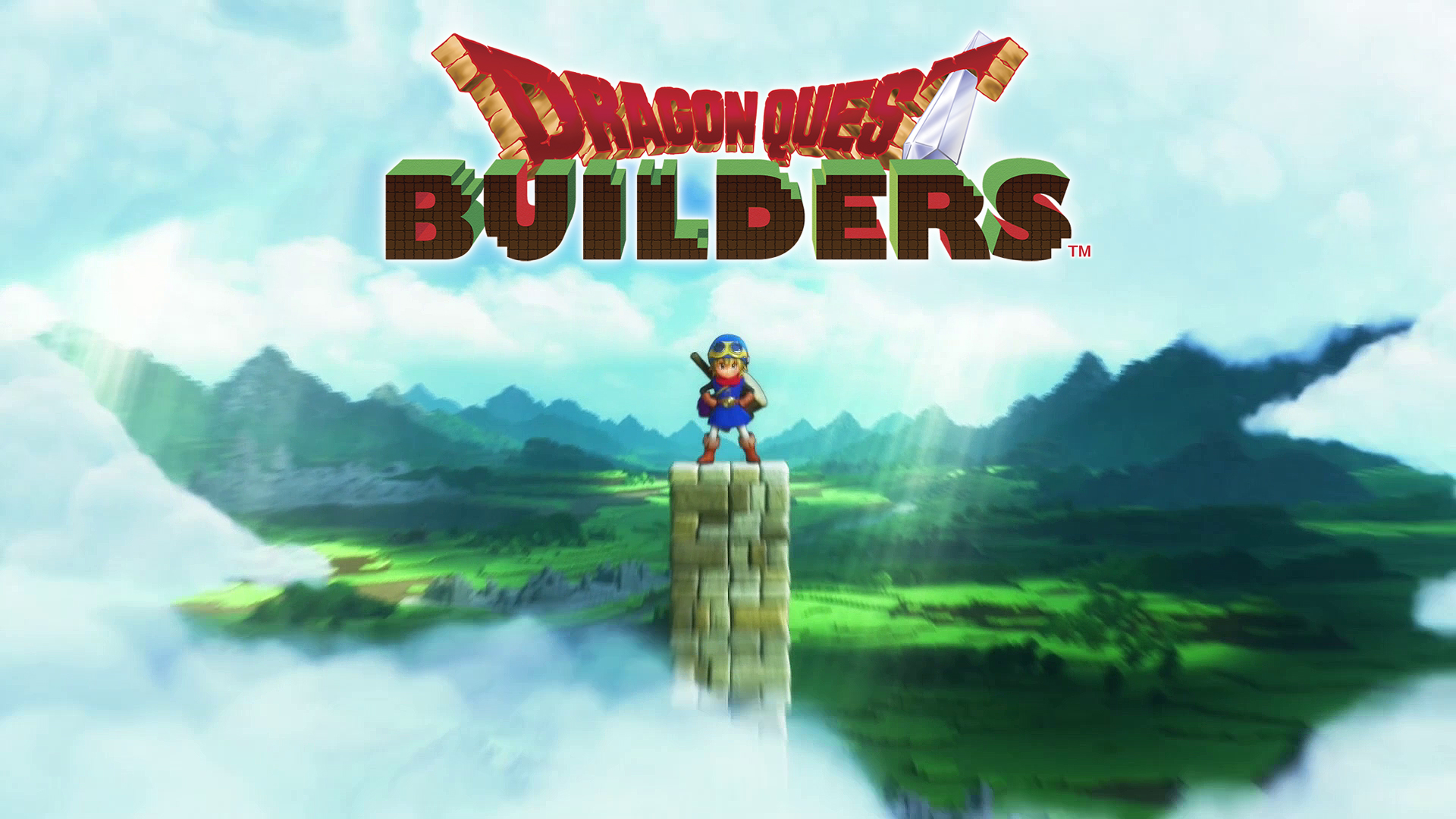 Dragon Quest Builders represents for me a double first time: my first game on Nintendo Switch and first experience with a title Sandbox

For those who do not know, for Sandbox are meant those games in which the developers leave complete freedom to the player to basically do what he wants, providing only the tools to build a world around his character, with only patience limit, imagination and "design skills". Personally I have never been very attracted to this genre, but the combination given by the portability of the Nintendo Switch and the character design taken from the world created by Akira Toriyama they convinced me to try Dragon Quest Builders.

Conceptually Dragon Quest Builders does not differ much from the much more famous game of the Microsoft, so it also allows you to build almost what you want, but in practice the differences between the two titles are there and you can see: Dragon Quest Builders has a soul RPG that also allows players like myself to enjoy the game system. The story is very simple: our character is the Chosen to save the world, as the last person left to know how to "build". To build means the ability to combine various elements together to create new objects and possessing this ability, our task is to give back to this world imagination and creativity and obviously to take out the bad guy on duty, responsible for what happened .

With two of the three requirements that I listed above, in the specific fantasy and design skills, I have always kept away from games to Minecraft, since I prefer titles by far "story driven", Which give me a clear purpose or in any case a goal, even if repetitive, to be achieved. 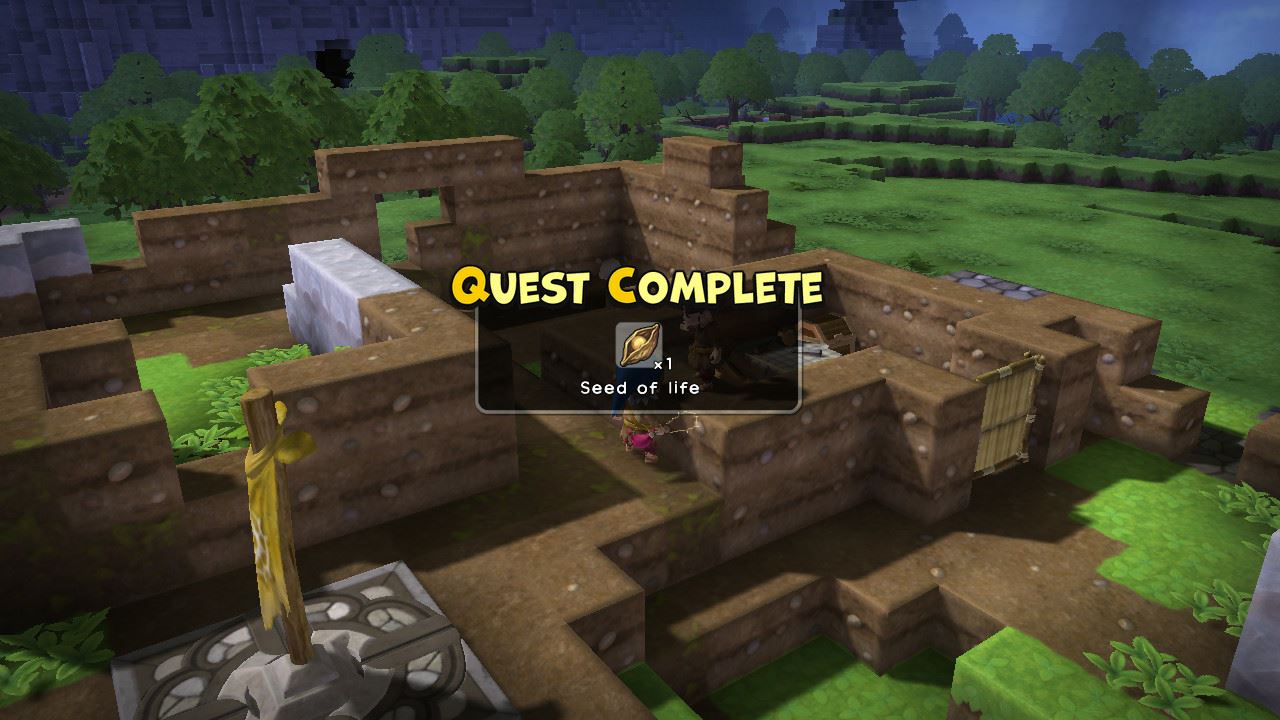 And it is precisely in this that Dragon Quest Builders manages to attract the attention of players like myself: the game is divided into chapters and each chapter is littered with quests to be completed, often and willingly also resorting to the use of weapons to defeat enemies (how not to recognize the iconic Slime of the world of Dragon Quest just in the early stages of the game?), but always leaving the ability to build as the heart of the title. There are also boss fight at the end of each chapter that make us engage a bit 'more than just fights in the open world, but never anything frustrating or impossible.

Square Enix he has therefore created a Sandbox RPG, a hybrid that takes the best from the two genres and tries to combine them, succeeding, in my opinion, to perfection, thanks to a system of controls and controls really intuitive, which allows anyone to go to the console and play with it.

The division into chapters and quests has a dual purpose: the first is to separate the world of Dragon Quest Builders in "smaller" areas in such a way as not to frighten us with square kilometers of pixellated blocks, the second is to keep the player glued to the screen always proposing something new to do and, also because of the portable nature of Nintendo Switch, succeeds very well in this objective, since even in the smallest pauses it is possible to complete a piece of adventure. A small note must be made, however, to the quest system used since there is no Quest Log that allows us to remember what we have to do (maybe just picked up the console after a few hours), but we have to turn and talk to the NPCs to find out the our goals. A small lack that could be easily avoided with a bit of extra attention.

Obviously like others Sandbox, also Dragon Quest Builders has its own mode of free construction, unlockable after the end of the first chapter. Progressing in the Story Mode, you get new recipes and game zones to explore in this call mode Unknown land. The biggest lack of this title however is the absence of multiplayer mode, which made the fortunes of Minecraftbut on the other hand it will be possible to share our creations with other players, allowing them to live in the world you have created. On the one hand there is a fundamental component that has decreed the success of the game Microsoft, on the other we will be safe from annoying griefers, whose sole purpose is to annoy and destroy what was created by the other players.

But do not worry: the appointment is postponed only a few months with Dragon Quest Builders 2, coming in this 2018 is on PS4 that of Nintendo Switch, where the multiplayer mode will be implemented.

Probably I would never have bought and played on PS4 a title like that, but on Nintendo Switch, Dragon Quest Builders is a great title, managing to provide hours of fun with his Story Mode and at the same time, giving us the tools to build our personal world. Do not be fooled by my screen in English (it is my habit to have operating systems in language): the game is completely localized in Italian and therefore there will be no language barrier that could limit your experience on Dragon Quest Builders. Understandably, compared to the version of the home console Sony, the game on Nintendo Switch it must yield something on a graphic level, especially in portable mode, while when it is docked Dragon Quest Builders runs at 720p.

The only warning: you could often find yourself in a night to finish building something without noticing it!

Nintendo Direct - Nintendo 64 and the Mega Drive with a ...

Nicolae Locatelli - 24 September 2021
After months of rumors, the new Nintendo Direct finally formalizes the arrival of the Castlevania Advance Collection. After being ranked in multiple countries, here it is finally ...