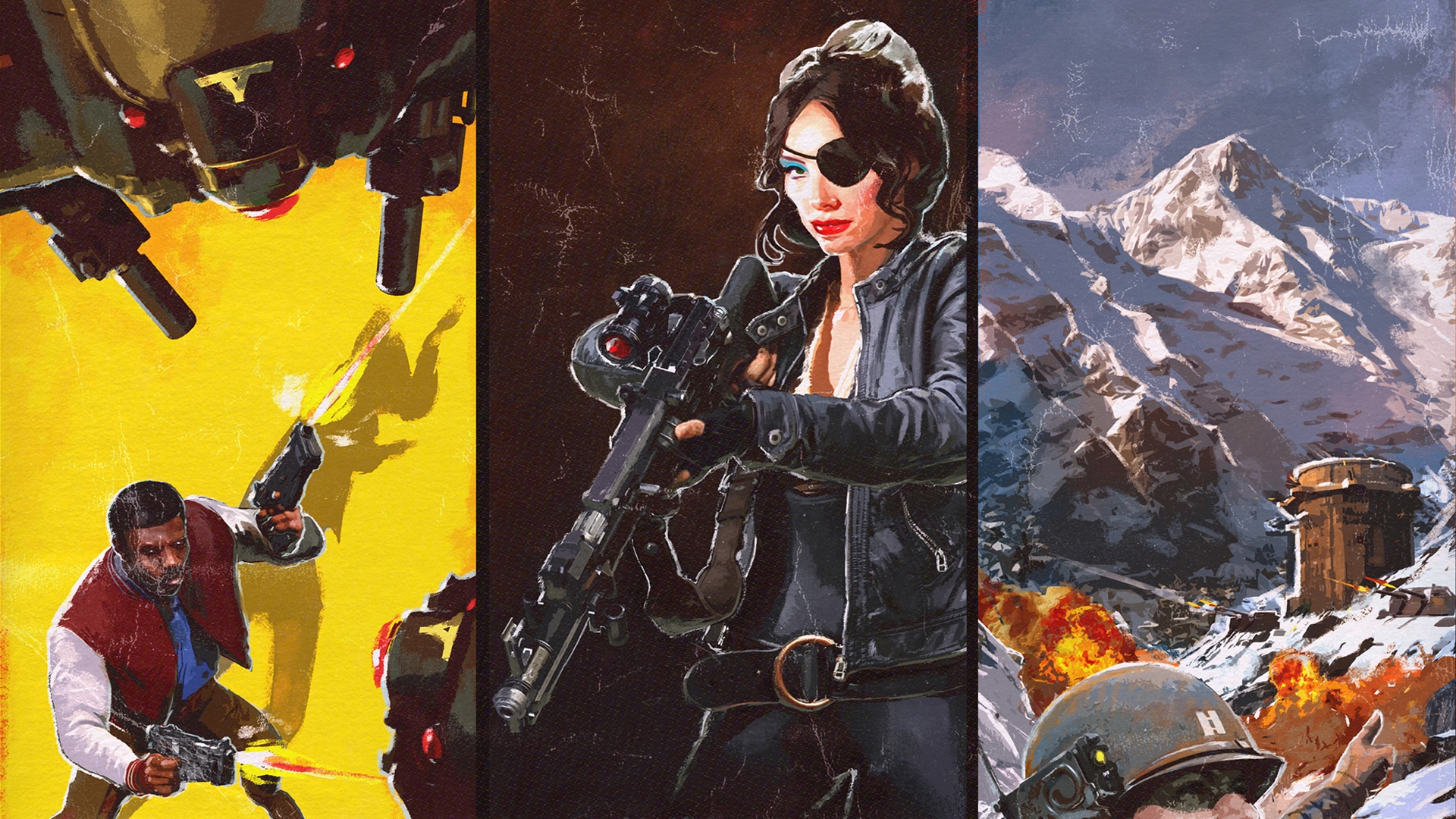 A month ago, Bethesda had unveiled her ambitious plans for a tetralogy of DLC narratives that would extend the history of Wolfenstein II, a series called "The Freedom Chronicles". The first of these DLC, Gunslinger Joe, came out and is now Available on Steam.

The four episodes of The Freedom Chronicles are concentrated on three secondary characters instead of the adventures of the protagonist BJ Blazkowicz. Bethesda had set himself the goal of expand the setting and give us more excerpts of daily life in the USA occupied by the Nazi forces.

Gunslinger Joe starring former professional baseball player Joseph Stallion, and if the name alone suggests a large number of action and explosion scenes, you're obviously on the right track: in America you do not play baseball anymore, so Joseph he had to reluctantly give to football. And to the guerrilla. Joe will guide us between the ruins of Chicago and from there to the space vault.

Technically, Gunslinger Joe is not the first of the Freedom Chronicles DLCs: there is indeed a episode zero which is only available for those who buy the season pass. This episode introduces the three characters who will then take on the role of a star in their respective DLC. The two remaining episodes are as follows:

The Diaries of Agent Silent Death, the 30 January is out. The player will take on the role of Jessica Valiant, a former agent (and assassin) of the OSS. The purpose of Jessica is to infiltrate a complex of Nazi bunkers built in California, and discover the truth (undoubtedly chilling) behind the mysterious Operation San Andreas.

The Amazing Deeds of Captain Wilkins will go to March 2018 (for now missing a more precise date) and will follow Gerald Wilkins, captain in the American Army, in his twilight fight against the Nazis in Alaska, and in the desperate attempt to put an end to Operation Black Sun.

You can find Gunslinger Joe on Steam, or alternatively get yourself the season pass.

Marvel arrives on Fortnite with Thanos and his Infinity Gauntlet