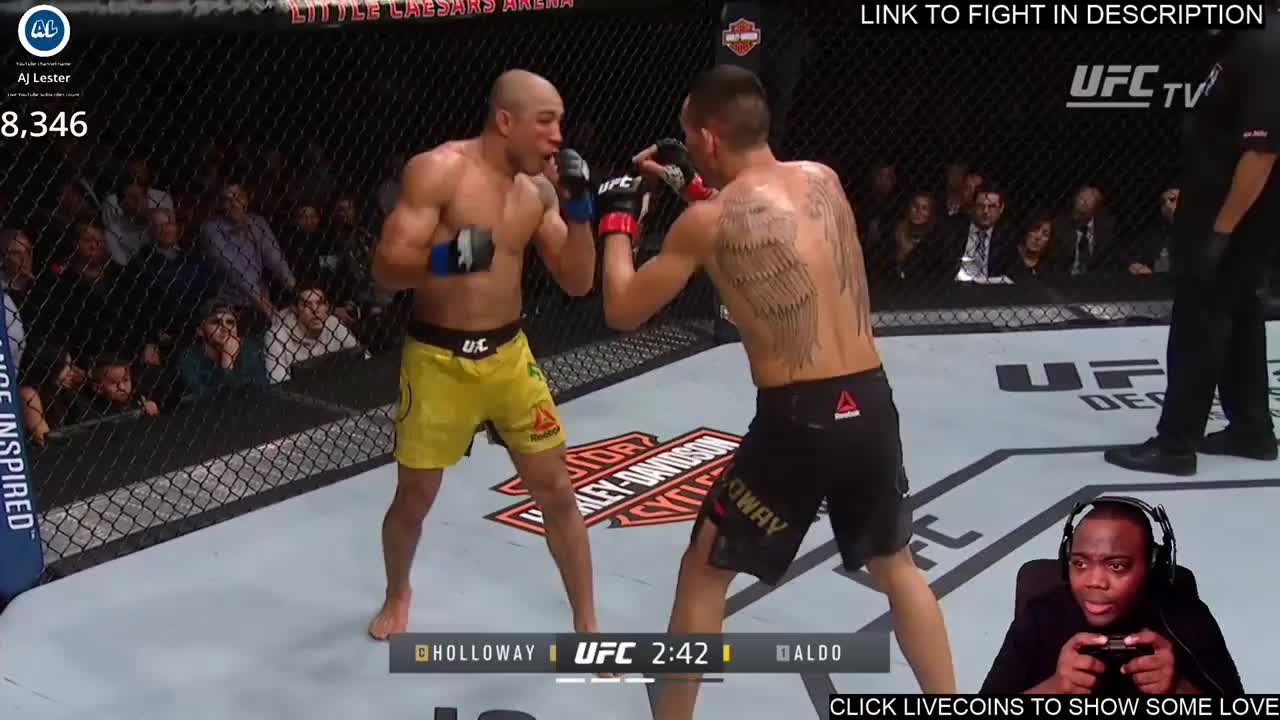 A streamer has broadcast a pay-per-view of the UFC on various platforms, including Twitch, pretending that it was a game at the official UFC videogame.

The streamer in question, AJ Lester, broadcast UFC 218 on Sunday evening, holding the controller in hand for the duration of the event. One clip in particular went viral on social media: during the main event between light weight champion Max Holloway and Brazilian Jose Aldo, Lester also provided the sound effects, and complained that he had not saved a shot. The clip is no longer available on almost all social media, at the request of UFC Publications, for copyright infringement. But you can still find it on Twitter! To be precise, here .

Lester has also canceled the VOD of the event, but is not particularly worried, and declares that he has not been contacted by the authorities or has received official complaints for now. Meanwhile, his channel, which he said was nailed around the 2000 users for several years, and to which he devoted only part time, was submerged by new registrations, to the point of clogging his email inbox.

Free advertising will surely make it convenient to UFC 3, which like other EA games is suffering from the loot boxes controversy.

Piermatteo Bruno - 27 September 2021
You remember Scalebound don't you? What was supposed to be the first approach of Microsoft and Xbox to the development of a Japanese exclusive was instead ...
News

Di Sarno Raffaele - 27 September 2021
In the past few hours, the Twitter account of HBO has published the first official image of the TV series of The Last of Us, in which we can ...