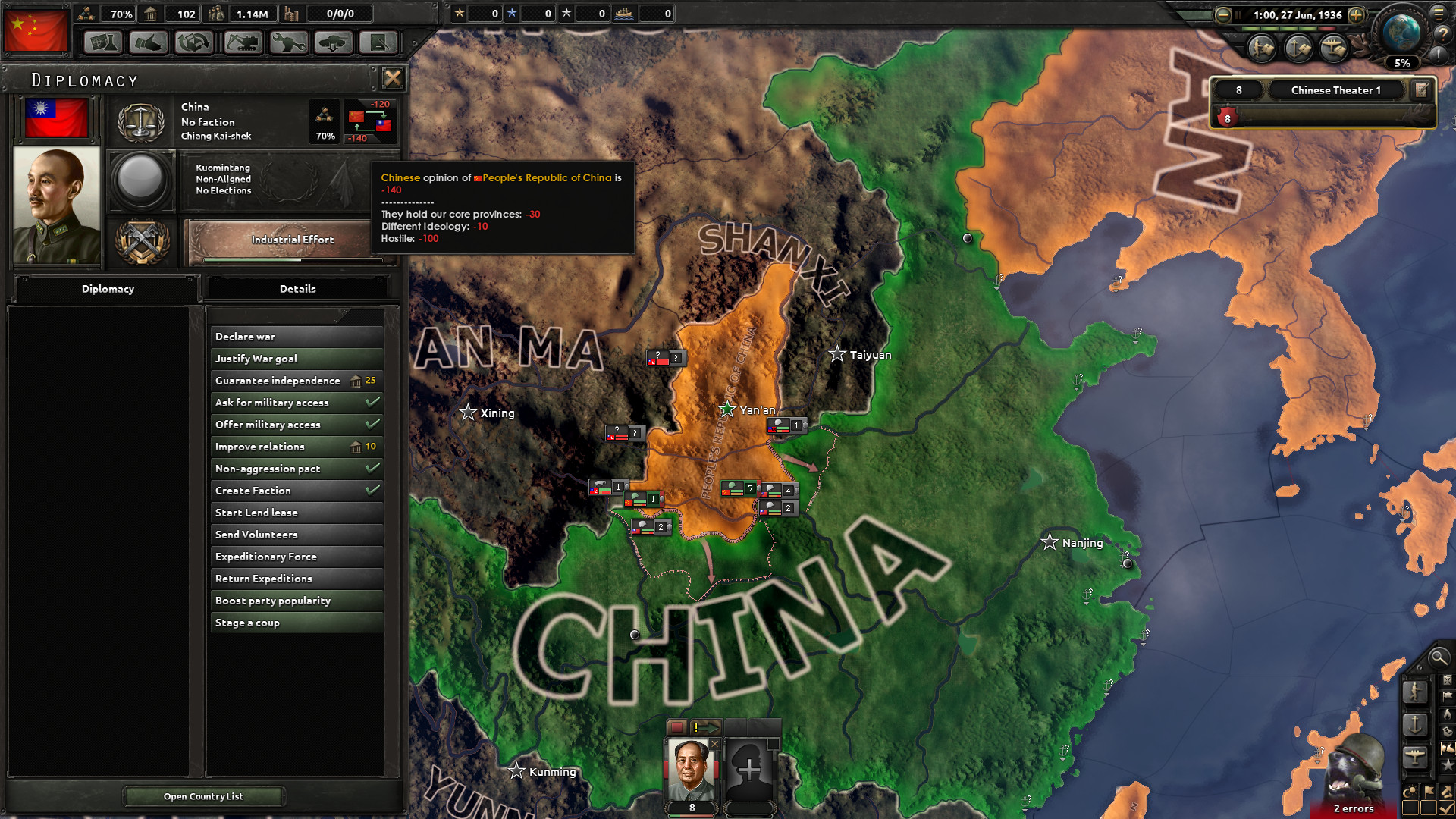 The next expansion for Hearts of Iron IV, the grand theme strategy game Second World War of Paradox interactive, will primarily interest the China. With Waking the Tiger, the Far East giant will receive dedicated artwork for its units, and two trees containing national focuses for nationalist and communist China. There will be more, for example, in expansion new possibilities for Japan and Germany (including the ability to get rid of Hitler and try with totally new strategies).

The announcement introduces expansion as follows:

Years before Europe went to war, Japan's imperialist ambitions targeted the Chinese Republican divide. Disrupted by political paralysis and centuries of intermittent development, China is still not an easy target. With vast reserves of men and resources, without mentioning a gigantic territory, China and its temporary allies, the communists under Mao, can resist another aggressor. After all, there were a lot of them.

As with any other expansion, Paradox has also prepared a free patch and available to everyone, who will accompany Waking the Tiger. The patch will replace National Unity with two separate statistics (Stability and War Support), and will introduce a new system of dynamic decisions and missions.

On the official forum you can find more details on the national focus tree unique to nationalist China, and more information on alternative options for a gameplay with Germany.

A streamer wants to influence the US Senate election

Rocket League, it will no longer be necessary to have an online subscription to ...