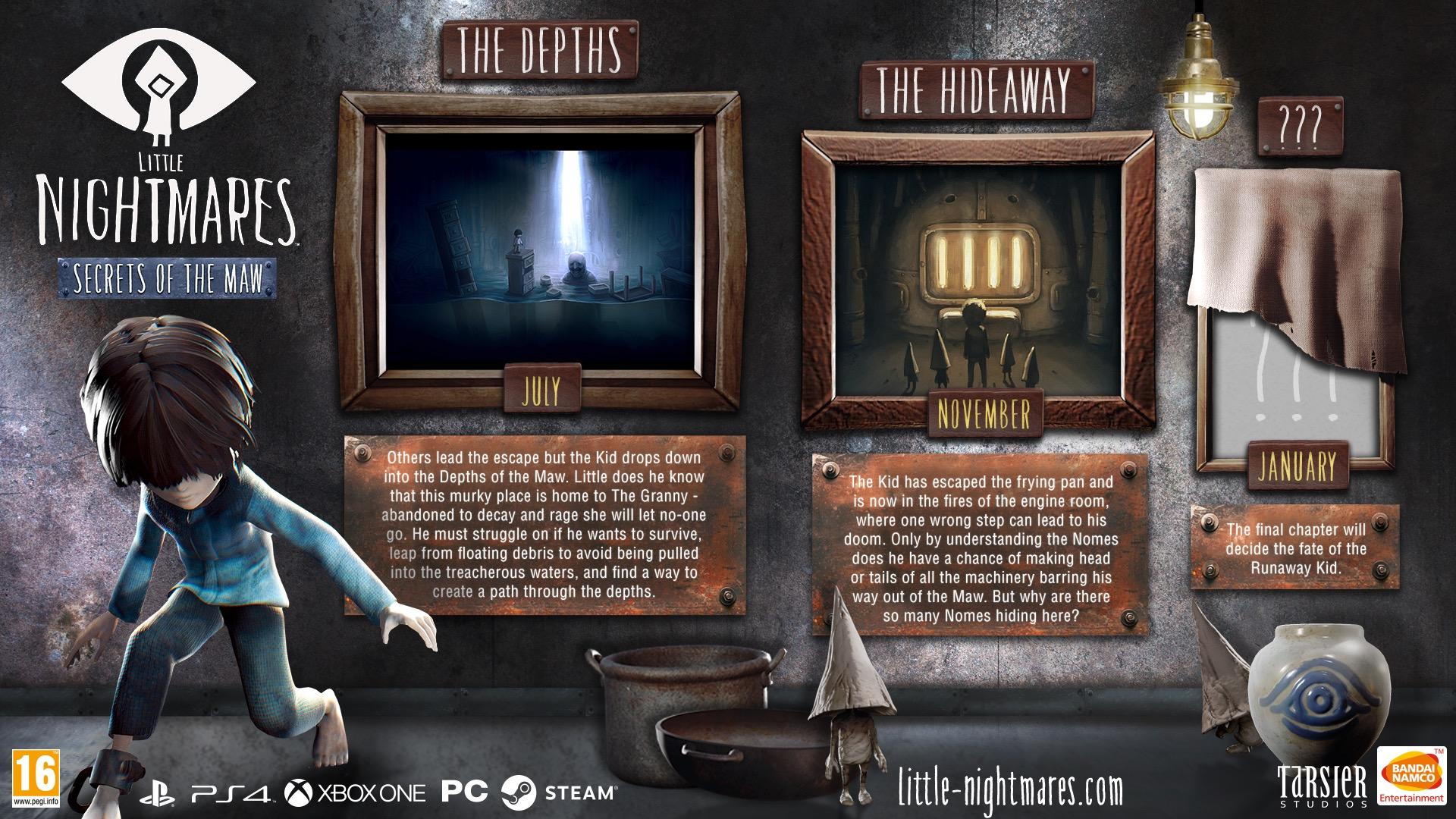 Little Nightmares is enriched with content: its new DLC story has come out. The new episode, entitled "The Hideaway", now available on PC, PS4 and Xbox One.

The Hideaway is the second of the three DLCs programmed for arcade story Secrets of the Maw, whose first DLC, "The Depths", was released in July. In The Hideaway, we will resume the adventures of Runaway Kid as it enters the dark circles of the Maw, and for precision in the engine room, in the company of the mysterious Nomes.

According to Bandai Namco, The Hideaway will be different from its predecessors: the puzzles will be more complex, and will be solved by exploring the engine room and the available environments, and interacting with the Nomes. The third episode, for now lacking title, is due for the month of February.

Whoever plays on consoles will now have the chance to try a free demo of Little Nightmares, downloadable on PlayStation Network or Xbox Live. The demo will contain a part of the initial content of the game. For others, it is useful to remember that the DLC episodes in question can be purchased separately, or all together as part of the expansion pass Secrets of the Maw.

Andrea D'Amely - June 12 2021
Over the course of the Ubisoft Forward was announced with a Rainbow Six Extraction trailer. https://www.youtube.com/watch?v=Xvl4agETw5k This chapter detaches itself a little from the previous settings to embrace a ...
News

Andrea Schietroma - June 12 2021
Back 4 Blood was presented several months ago and immediately attracted the attention of players, placing itself as the spiritual heir of the lucky ...

Bethesda explains the new PvP system coming up on Fallout 76

Sony is working on a new PS VR for PlayStation ...