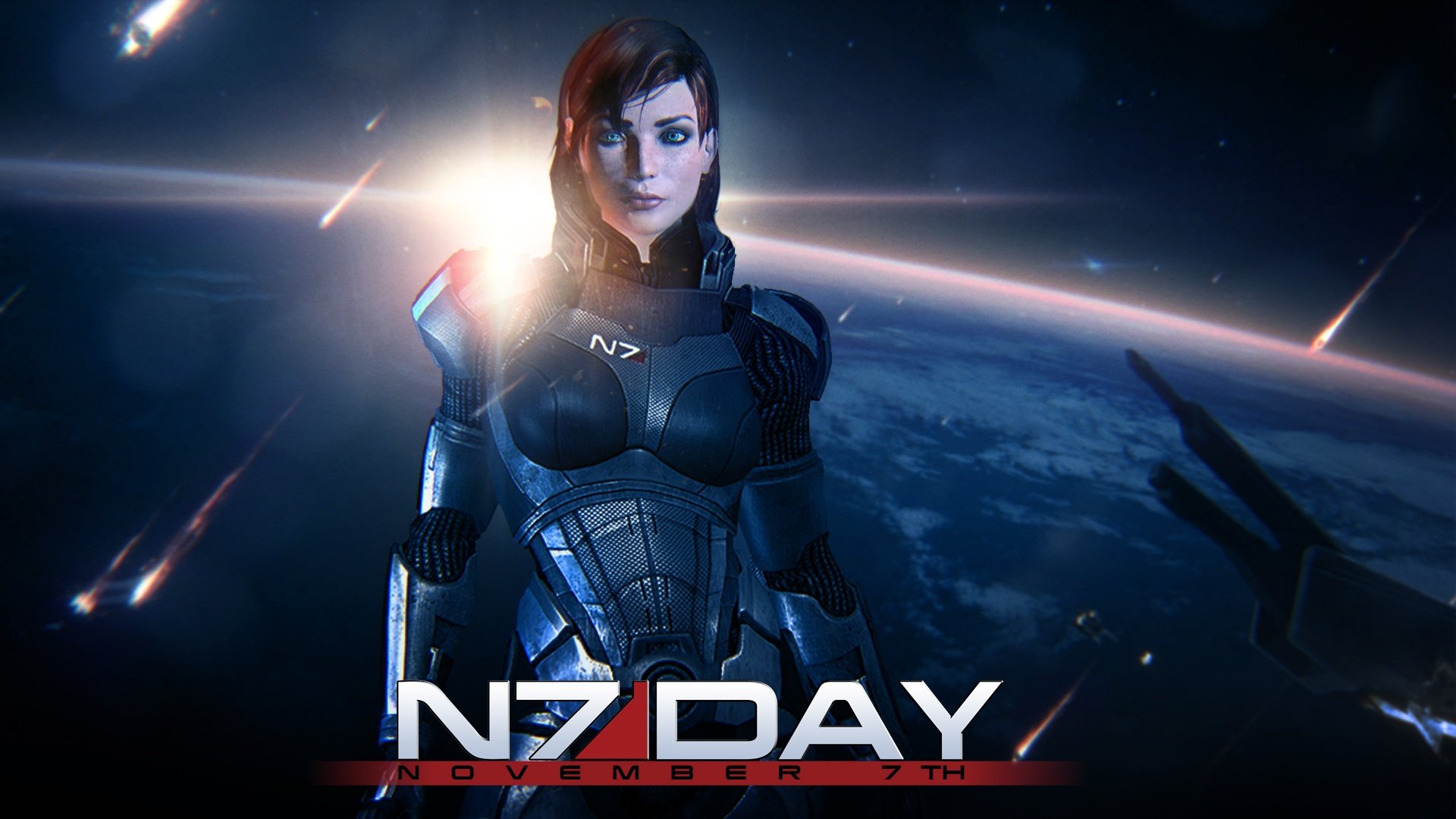 Today is the November 7, which for Mass Effect fans means N7 Day, a real holiday day dedicated to BioWare's saga space work. But it's a very special N7 Day, this is actually the tenth anniversary of the release of the first Mass Effect.

The franchise has an uncertain future. The original trilogy was definitely self-concluding - even with the storm of controversy surrounding the final and, in general, its final chapter. Mass Effect Andromeda was an attempt to further exploit the vast range of the series, but the reaction was not what BioWare was hoping for. In the celebratory video of the tenth N7 Day, some talk about Mass Effect in the past; others argue that it still has a radiant future ahead. We'll see.

In addition to the video and a healthy dose of nostalgia, this year's N7 Day has brought us a little novelty: livestream will be available to match the titles of the series, will release two new unlockable characters for the multiplayer mode of Andromeda, and we have some new wallpaper to soothe nostalgia. Finally, BioWare has released an interactive tool which lets you graphically represent your choices through the branched plot of the four games. You can find everything here .

SNK vs Capcom: Match of the Millennium coming to Nintendo ...

A decisive boost for Nintendo Switch