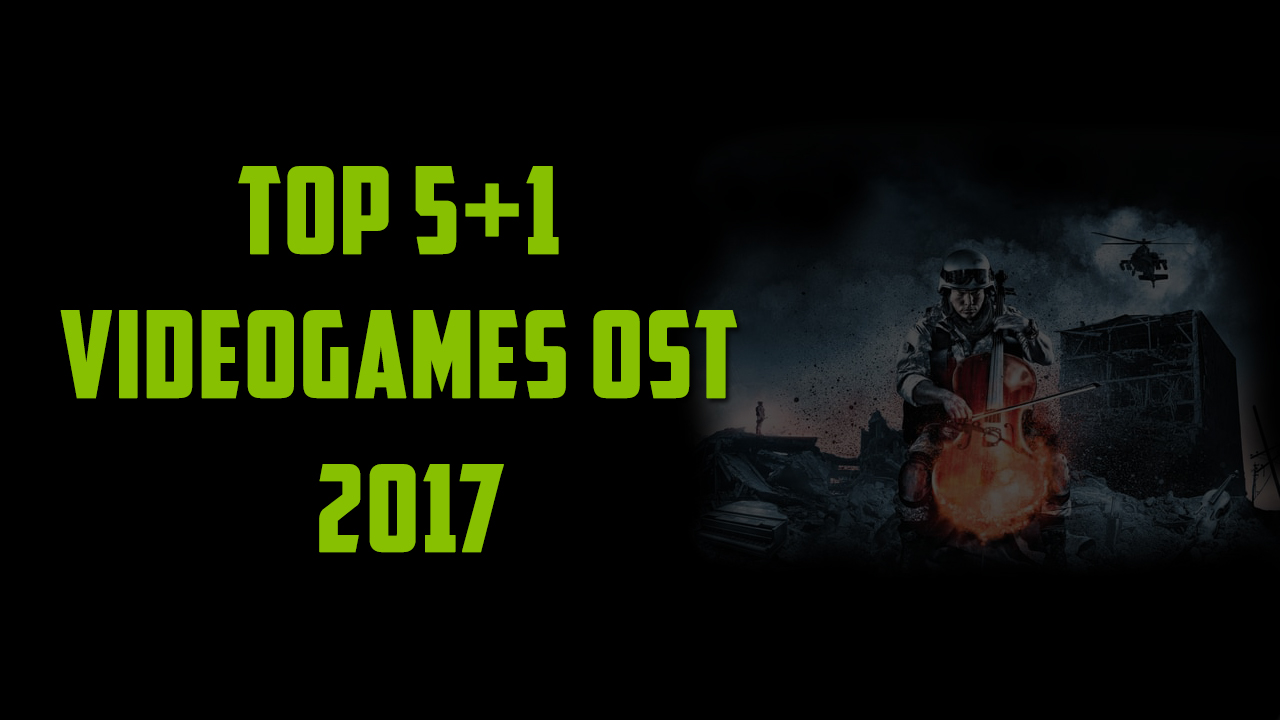 The 2017, no doubt, was a year full of great video production. From the exit of Nintendo Switch, the new hybrid console of the Japanese house, which brought with it pearls as well The Legend of Zelda: Breath of the Wild and the Italian Mario + Rabbids Kingdom Battle, the gaming market has experienced a great time, especially for the user. This was also the year of the terrifying thing Resident Evil 7: Biohazard, the arrival in Europe of Yakuza 0, of the soulslike like Nioh, of musou as well Berserk and the Band of the Hawk (and the next one Fire Emblem Warriors) but also of titles unjustly (perhaps) massacred as Mass Effect: Andromeda.

This is just the tip of the gambling iceberg arenated on our consoles and on our PCs but the ones we go to look at today are the soundtracks of some of these titles. More specifically, those that, in my humble opinion and according to my taste, are at the moment the best of the year. Precisely that this 5 top is based on a mere personal taste and will not offer any purely technical but more emotional opinion, do not be offended if you miss what is for you an absolute masterpiece. It is possible that I simply did not play it. Instead, in your comments, please tell me your top 5 staff.

But announcing the ciance and starting ... with a title that came out very little!

An animated video game in full 20s - 30s style could not fail to resume a typical sound style of the time. Swing and Jazz come together to give life to a sound accompaniment that fully does justice to the title created by Studio MDHR. The soundtrack was made by the Canadian composer Christopher Maddigan. After you have supported the software house with the purchase of the game, why not even think about it colonna sonora?

Keichii Okabe, composer of NieR, Never: Automata and the series Drakengard, for the last title of Platinum Games has, as is typical in its style, used it adaptive music with the aim of making the player experience the same emotions felt by his digital counterpart. NieR: Automata, moreover, possesses a great variety of playing styles, passing from the classic third-person action with free movement and then moving on to the two-dimensional movement to get to real bullet hell phases. As a result, music must also adapt to these changes. Here is a statement by the composer:

A character can feel sad during a battle, and usually a boss fight would have fierce music but in NieR, if the character feels sad, I've been able to convey that kind of feeling.

Needless to say, he is fully successful in his intent.

Su Final Fantasy XV you can say everything. That it was published without being finished, which is below expectations, and has a very linear phase, that Chapter 13 is terribly obscene (I emphasize that I played it before it was modified with patches) but fortunately, the soundtrack is saved in full. Yoko Shimomura, the playwright, has succeeded in pushing me to finish the game (no, not the story, no) thanks to her works. Somnus, the title's main theme, makes the melancholy trait identifiable in the final part of the title and, let's say, no one expected to start the game with Stand By Me cantanta da Florence + The Machine. Creepy. And the Chocobo Theme which changes depending on whether you are standing or running is delicious!

2 - The Legend of Zelda: Breath of The Wild

In this case, we are talking about a soundtrack type other than the one that precedes it. Nintendo's masterpiece, in addition to revolutionizing the genre of belonging, decides to cut the past even with the composer. In fact, the master is set aside Kōji Kondō, the title music has been entrusted to Manaka Kataoka, composer of the series Animal Crossing. In this case, in addition to the main theme of the four samples and a handful of other tracks, the title sound scaffolding is more supported by environmental sounds resulting from Link's or her horse's footsteps, bird chirping, or the frustration of the wind. A delicate choice that completely lifts solitude, destruction, the ever-present bushy entity, and constantly threatens devastated times Kingdom of Hyrule. Perhaps nothing memorable for the head, but it stays in the heart, and it does not go anymore.

There was nothing to do. After over 100 dense hours, very dense with emotions, the soundtrack of that great piece of Persona 5's masterpiece did not go out of my mind, in fact, it also entered the CD player of the machine in order not to leave it anymore. The OST contains 110 divided tracks between instrumental pieces of the environment which make it a background to both the daily life experienced by our Joker and its vicissitudes within the articulated palaces and then to go to singer tracks by the wonderful voice of Lyn Inaizumi. Here, simply, every single piece succeeds in transmitting, in addition to the emotion experienced in certain events, the environment that it wants to represent, almost knocking us physically in places digitally represented.

To listen and listen to, over and over, choosing your favorite tracks for the time of day or for what you face in everyday life. From the heaviest pieces for when in the gym to light ambient music for walks or for daily relaxation, Persona 5's music will never go away. Maybe I'll have to wait for Persona 6… or maybe the new Shin Megami Tensei for Nintendo Switch! The ones you will find below are the main theme and the battle theme respectively. I did not want to put my favorite as it is the one you can hear only during the "final boss" of the game whose text represents a real speech between the protagonist and whoever is in front of you. Masterpiece.

Small finishing pearl, Splatoon 2. The color and paint Nintendo's unique TPS features a unique and fun soundtrack that manages to charge during the games and, above all, no longer leaves the head. You can do everything, change games, spend months, but when you just feel it is over!

Anthem's demo at E3 will put the fight in the spotlight

Xbox One X games will let you download many, many ...