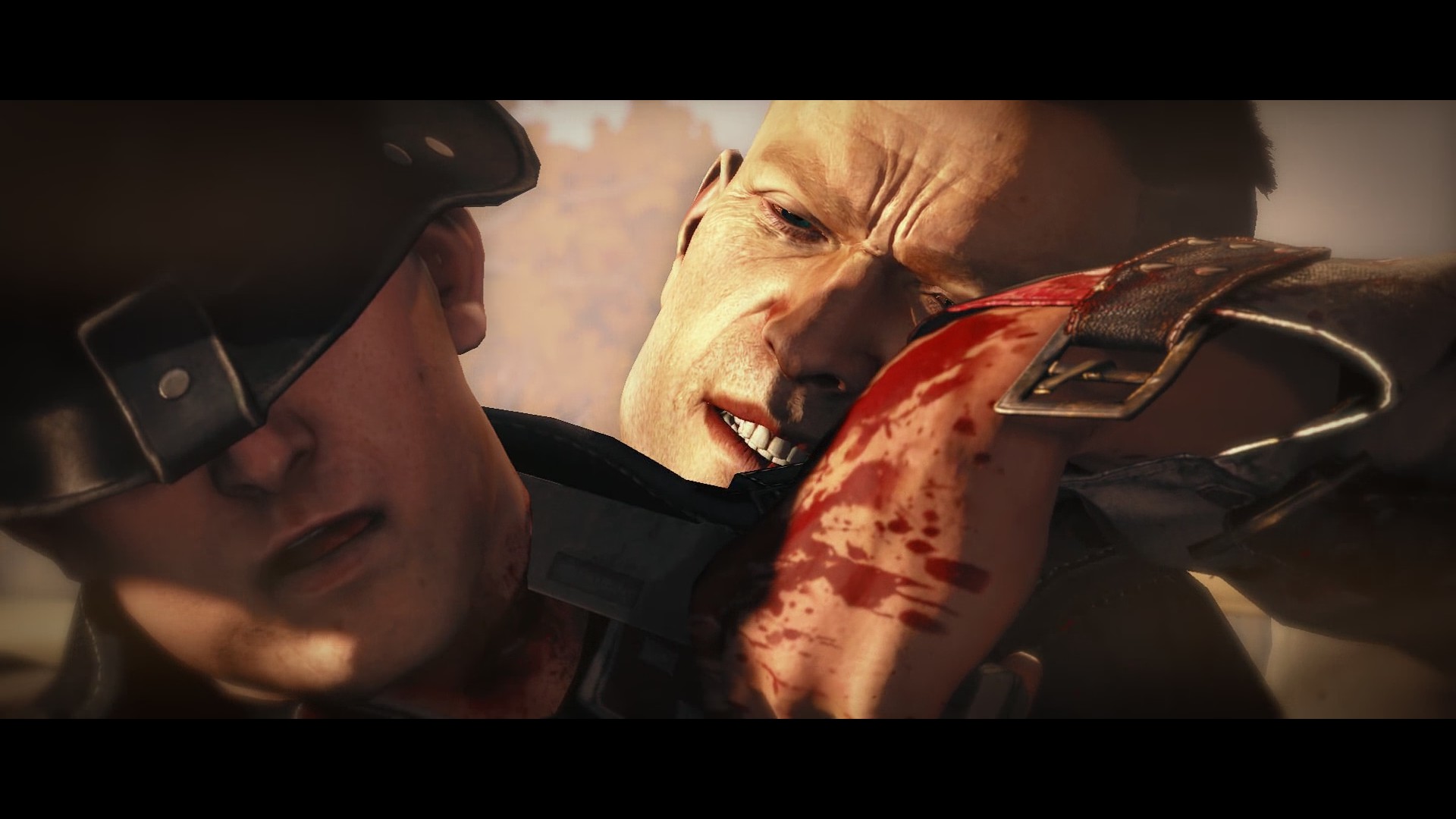 Played, I admit, with extreme delay compared to its release date, Wolfenstein's saga has come to the tense leg among my favorites. I certainly do not have to explain why it is one of the most successful action ever. I admit, however, that, as for The Saboteur, being able to plant knives, sticks, any kind of improper weapon in the heart of a nazis has definitely marked off the final judgment.
On the other hand, it would be perfectly unfulfilled to foment, believing that, before a purely "technical" and commercial choice, it was an ideological and political choice. You know, Nazis are the bad guys for excellence and, in general, sketching plots that turn out to be true facts can make you curious about those who know them. Not only. There is a difference between creating an anti-Nazi character and affirming anti-nationalism in public, commercial and, above all, real life. Bethesda has proven to be brave and challenged the world's idiots with a tweet as short as it is unique.

The challenge has been rebuilt and some nonsense of life has not taken her well ...

imagine seeing the words "no more nazis" and reacting like this pic.twitter.com/5L9b8CPm3s

In fact, tweet is just the last drop in a vase, the sponsorship of Wolfenstein II, full of direct attacks on the real growth of extreme right-wing movements in America. About that Pete Hines, Bethesda Marketing Manager, issued an interview for GamesIndustry of which we will return the most important phrases.
"We are aware of the events in America and of the fact that they are related to the themes of Wolfenstein II. We find it difficult to say that the fascists are bad and anti-American, and we have no doubt about being on the right side of history.
Hines specifies that Bethesda certainly did not plan to predict what is happening to build on a game. In fact, he did not want the game to somehow continue to represent reality. "No one would have expected that the game would have served to comment on the present. In the case of Wolfenstein, it is a mere coincidence that the Nazis are marching through the American streets this year. And it is disturbing that the game can be considered a controversial political statement. "
Regarding the clamor of the aforementioned hashtag, #NoMoreNazis, Hines has the clear ideas: "This is what you talk about playing and the whole franchise. When you speak of Nazis, you can put us in the column of who is against. " "The games are a powerful tool for exploring any kind of argument, a means that allows players to experience the emotion and experience of a particular situation. In our case, Nazi oppression. "

What do you say, Pete has not gone for nothing light and suddenly reminded me of how liberating to put a bunch in the head of one of those sub-men, like this: 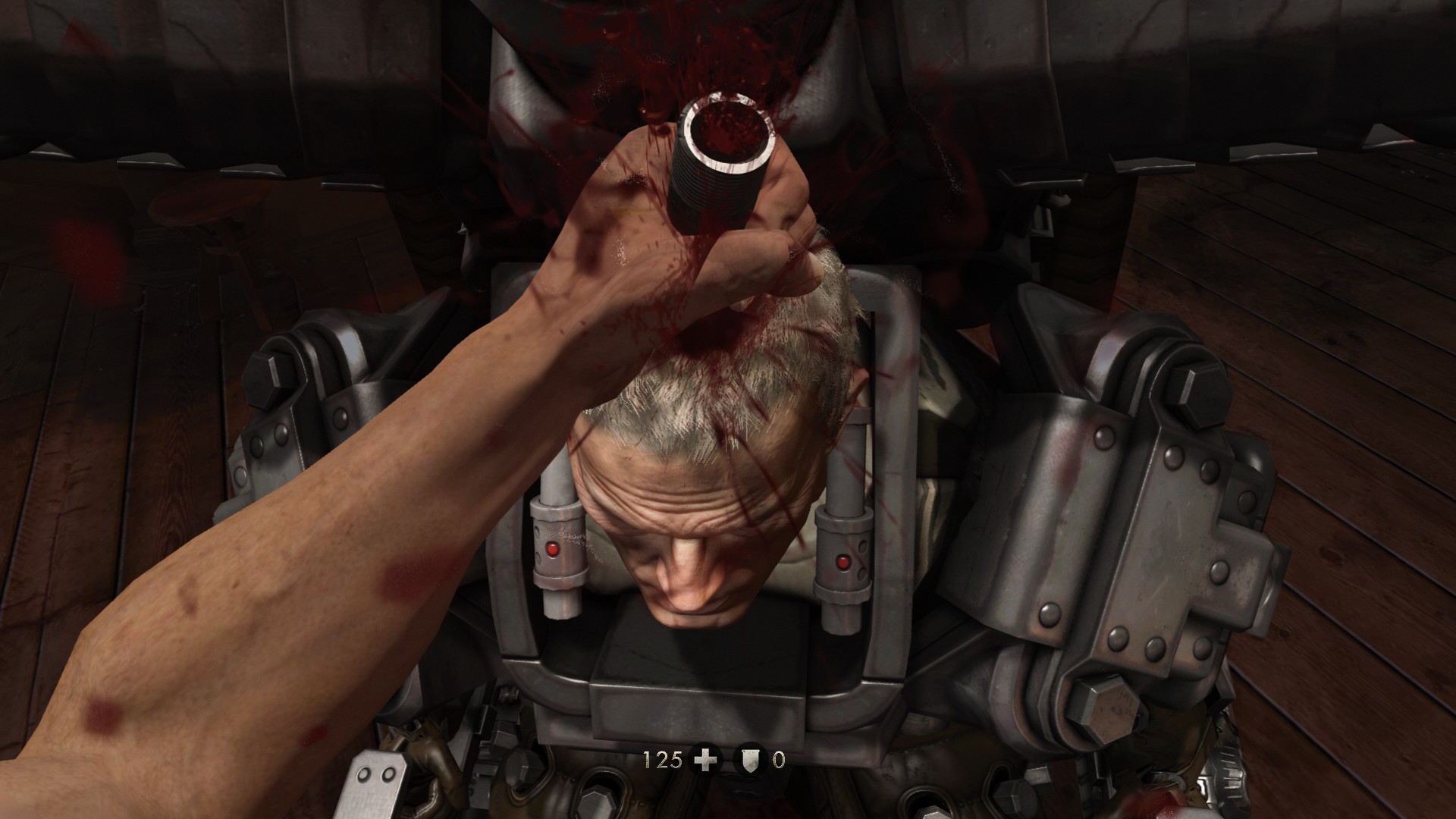 We have come to the conclusion. Bethesda has definitely earned points, while Pete is a new cape and Wolfenstein II is increasingly anticipated. I close by relaunching a definition used by Hike during the interview, which in turn quotes Henry Jones Sr.: "Nazis are the scum of humanity. "
The world is changing, and what it used to do now is just ceasing to be. This is why you should never stop educating believing it is obvious or, worse, useless. #NoMoreNazis

Damiano Pauciullo - August 3 2020
The first No More Heroes, originally released on Wii, has been ranked in Taiwan for Nintendo Switch, although it has never been announced.

Sea of ​​Thieves coming to Steam