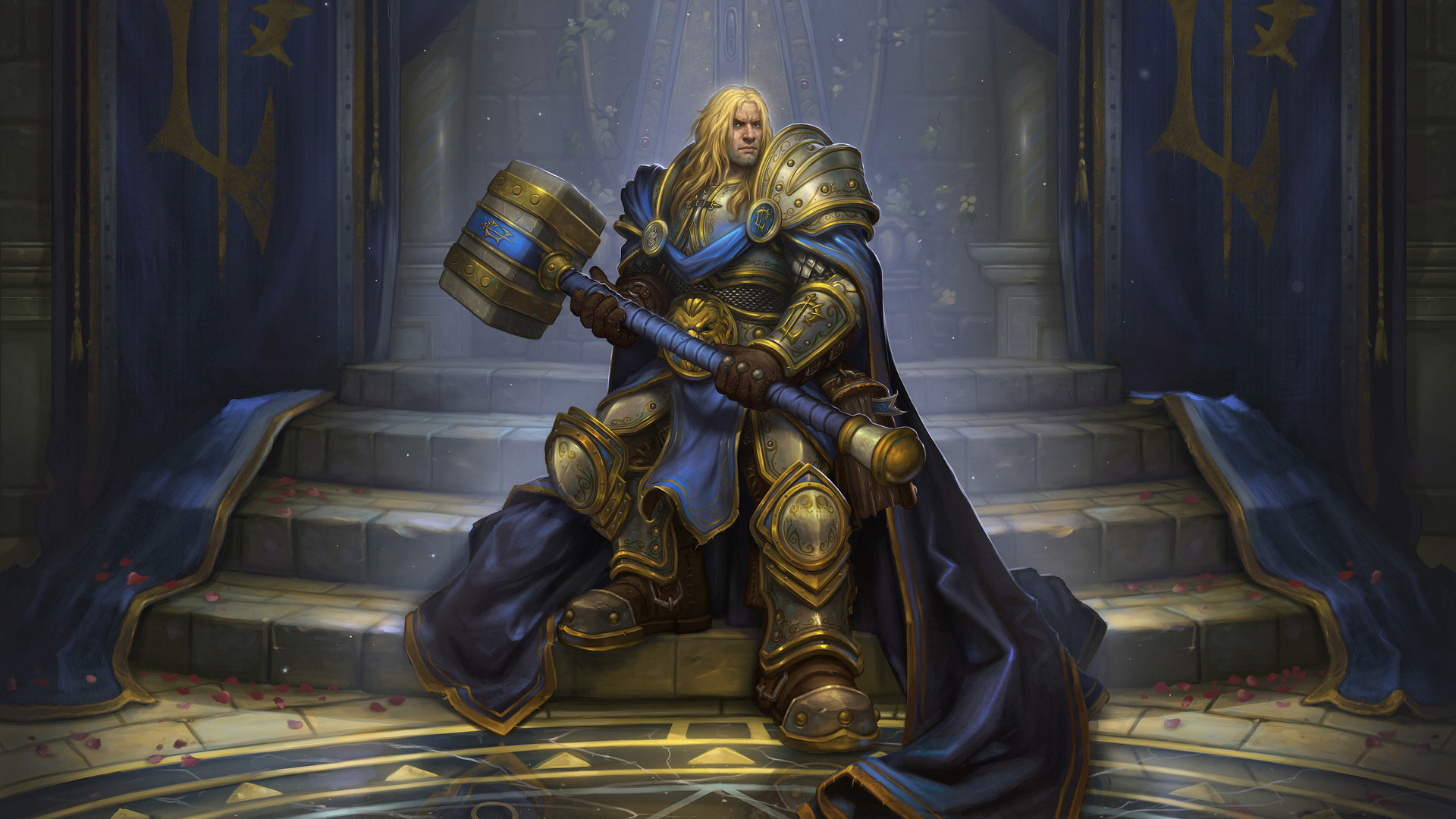 For anyone who has played a World of Warcraft, all the "Lore" which revolves around the Lich King it has perhaps represented the highest point in the narrative of the world created by Blizzard during these 13 years.

Finally we could relive (albeit in small part) even on Hearthstone the adventures that will bring us to the fight against Arthas, certainly one of the most iconic and beloved characters of Azeroth.

La Blizzard has announced that the expansion will come 10th August and will provide the players 135 new cards and 9 cards Legendary heroes who, once played, will turn heroes into Death Knight, giving them also a new Hero power.

We will also have a new ability to have a call lifesteal, which, as the name suggests, allows us to cure our hero based on the inflicted damage.

To explore Icecrown Citadel, expand Knights of the Frozen Throne will give us 8 free missions. The missions will not all be unlocked right away, but will be released within three weeks. During the first week we will face a prologue (at the end of which we will have a legendary Death Knight card) plus 3 bosses, other 3 bosses in the second week, to lead in the third week in the battle against the Lich King.

If the players succeed in defeating the Lich King with all 9 classes, they will gain an exclusive alternative portrait for the Paladin class, which obviously will be nothing more than Arthas Menethil in person (Young Prince Arthas), in his human version before surrendering to the powers of evil.

The portrait will be animated, unlike the standard of the heroes, and it will be interesting to see how the Lich King will fight because it has been studied to be different depending on the class you are going to use to deal with it.

Some players might worry that Arthas will be made available as an exclusive portrait and therefore, for this reason, not as a legendary card. At the moment it is not known whether a card will be present Arthas crapable, but another character has had double-portrait portrait-legend (Medivh), so nothing is blocked.

For a complete list of all the cards up to now, you are advised to consult this site (where you can find lots of information if you are passionate about Hearthstone, but you will surely already know it).

Until the expiration date of the expansion, you will also be able to purchase a bundle of 50 packages (limited to one per account) for an exceptional price of € (considering the price of the single € 2,99 bag, a 100 Euro discount on the total real price) and unlock an exclusive artwork for the back of cards inspired by Frostmourne.

Obviously, along with the new expansion, there will be some changes within Hearthstone.

You will no longer have the opportunity to open a legendary one already in our possession when you open a new package, unless you already have all the legends of that expansion.

Sometimes it could happen that 3 copies out of the same paper in a bag. The new limit is 2.

From the expiration of the expansion, if players never opened bags of a particular set (so be sure that this feature is not retroactive), they have a legendary assurance in the first 10 bags that will open.

A card coming from the new expansion, Defile (one of Lich King's most famous abilities) has forced Blizzard to swear Dreadsteed to avoid an infinite loop. Now Dreadsteed will only activate his skill at the end of the turn.

All I have to do is to wish you a good time to win Frozen thrones!

Piermatteo Bruno - July 28 2021
Continue our coverage of the Activision Blizzard Case, which broke out last week after the publication of the lawsuit brought forward by the Californian DFHE and ...
News

Andrea Schietroma - July 27 2021
Rather rich period for all MMORPG fans: with the New World Beta still in progress and the imminent arrival of the highly anticipated Lost Ark, ...