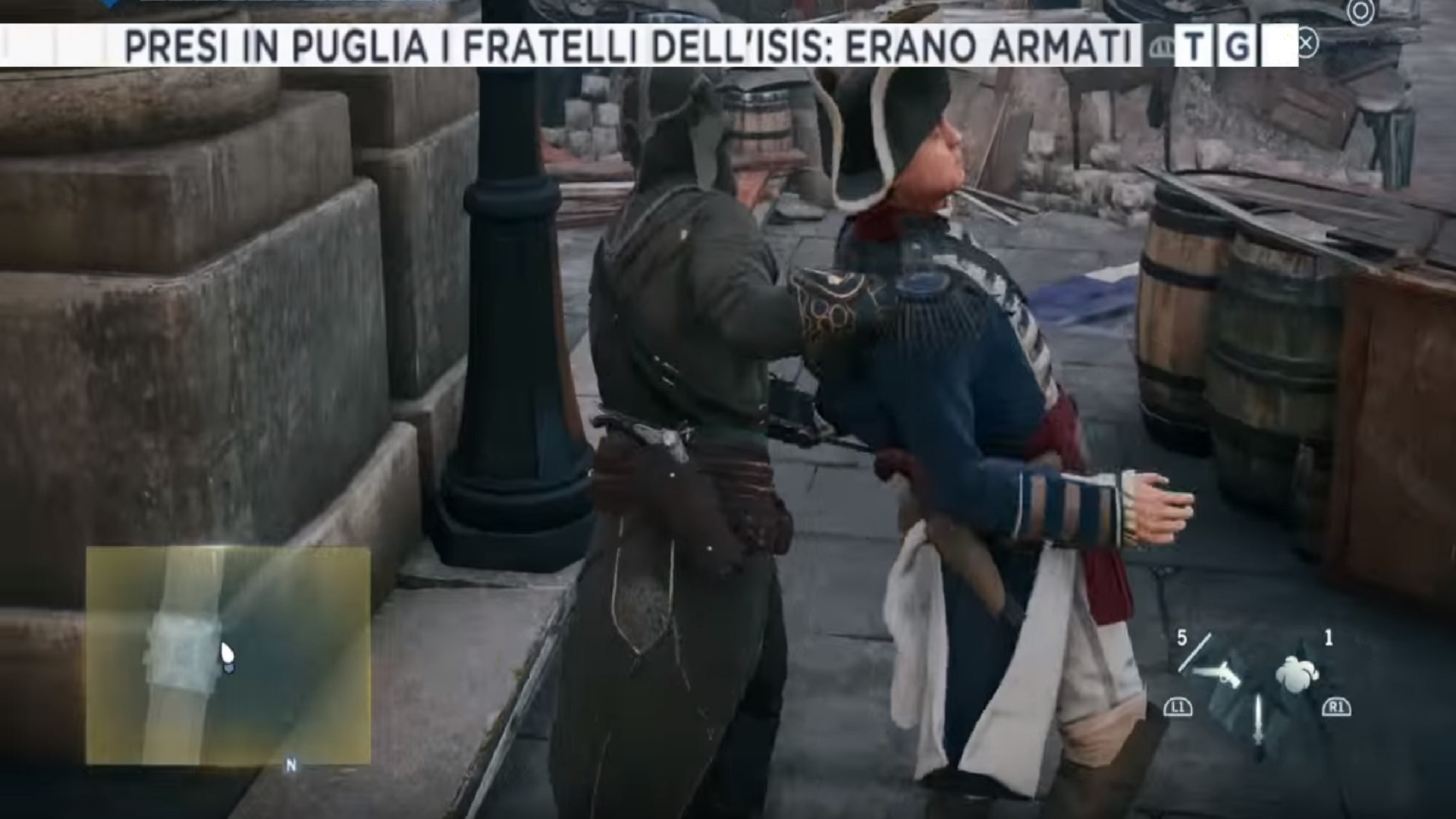 The 19 May the TG4 decides to broadcast the usual ISIS service, documenting the arrest of two Tunisian brothers who were respectively one in Foggia (and not Bari, otherwise Fraws is inhaled ... Foggia!) and one in Padua, guilty of having been honored by ISIS and in contact with Islamic fundamentalists. As we continue to say, our sympathy as incompetent Simona Peverelli (author of the report), then decides to remind us that in Puglia it is not the first time that the jihadist alarm has been triggered. So here is that shows us the old case of an Italian-Albanian worker arrested in the Bari area (province of Bari ... you just saved yourself Fraws) illustrating, among other things, the contents of his PC. Among these, a chapter of a world famous saga now known to practically everyone: Assassin's Creed.
From here on, let me down. Death of decency, journalism, and public service.
While some play scenes were played, our Simona in the background told the audience: "This is his favorite videogame, which simulates the ISIS attack at the Louvre in Paris." End.

The full bet was skillfully done removed from the official Mediaset channels; fortunately, the offense has been saved and put on Youtube by a number of users:

A warm, the first impressions which are spontaneous are mainly four:

1) Let's find out how and jihadists, in addition to having an obviously sad life, they don't understand shit about video games. More sad
2) Damned TG4, you've been able to force me to take the defenses of Ubisoft
3) Mediaset has serious problems with the choice of authors and auditors
4) We can not complain if people talk about things they do not know when even those who should deal with telling things to others ("journalists") do not know them in turn

From this last point the starting point for the whole article. I do not want to be here to talk for the thousandth time how public opinion does not really understand anything about video games, continuing to speak unkindly and disrespectfully. However, I want to start from this and use it as an example first of all to remind you one thing: Do not make the same mistake by Simona Peverelli. I ask you please. Do not talk, do not do it, for things you do not know or that you do not know about. Please do not. "Everyone in his place." But not for arrogance or elitism: on the contrary, in favor of a healthy and correct self-criticism. You can not and should not be expert in anything, do not blame yourself. Why remember, Misinformation as well as highlighting the ignorance of those who pronounce it can potentially create incalculable damage to knowledge or collective salutation (see anti-vaccineists).

Speaking of damage, let's move on to the last reflection from which this editorial takes its title. That service has probably done a lot of damage. Ten damned seconds will have managed to convince grandparents, uncles, unsuspecting parents from all over Italy that a video game in particular praises terrorism. So I want to make you think about how, potentially, anything that is served up by newspapers, television news, radio can be crazy shit (cit.). So I want to make you think how easily and how quickly anyone, whether it is a renowned news channel or your cousin, can make us believe true or false things at will. Here we then touch on another key point: ignorance. Because in this case we are not talking about the manipulation of information wanted by heads of government, the enlightened or the secret services: here we are talking about the manipulation of information due to the ignorance of Mrs. Simona Peverelli, "journalist" of TG4. Of course, it is obvious that the means available to a journalist make him considerably more dangerous for the safety of the Truth, but it is also true that each of us must do his part, and I refer you to the previous warning. You could end up like Simona.
I want to ask you a question: if ignorance alone, in good faith (hopefully they would not take the video) and disorganized, can do such a thing, you can imagine how much damage and how much manipulated information would be able to create a service created ad hoc with the awareness and ability to do it? Can you imagine how easily public opinion can be directed to one side or the other in issues far more important than video games, such as political and / or social issues? Do you have any idea of ​​the amount of nonsense you are still absolutely sure of right now?

When you get to this point you are spontaneous asking yourself: "Who controls the controllers?". Nothing is easier. You. Are you. You have to check TG4, Rai, Corriere and any other means of information. How? With what we can finally proclaim the cure for all this: knowledge. Knowledge that will be sought, compared and finally chosen: it will be you, and not TG4, who will be the direct masters of your thoughts, your judgments, your life. Sure it is a difficult task that will require perseverance and determination, but the choice is yours only: Servants of your life or finally your masters? 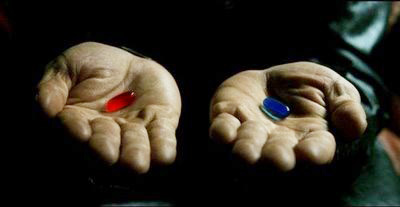 Cyberpunk 2077 is back on the PlayStation Store

Cyberpunk 2077 is back on the PlayStation Store

Piermatteo Bruno - June 15 2021
As you all remember, Cyberpunk 2077 was removed from PlayStation Store last December. A strong stance from Sony that has also become ...
News

Andrea Schietroma - June 15 2021
Piranha Bytes, the German software house responsible for some cornerstones of the RPG genre such as Gothic and Risen, has officially announced ELEX II, the sequel to their ...

Square Enix, announced the line up for the Tokyo Game Show ...