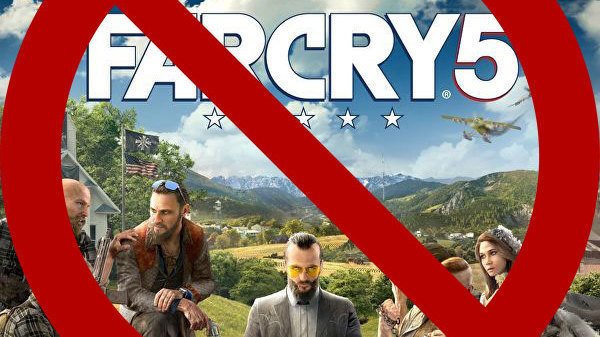 It came out yesterday, on Change.org, a signed petition "Gamers United" and addressed to Ubisoft for the cancellation of the newly announced title: Farcry 5. Personally, I had no doubts about the veracity of the letter (which is racist and vulgarly "nationalist", but nothing that unfortunately we are not used to / forced to hear more and more often) until I saw it accused by some as a troll (which Casapound has been trolling us for years?).
Doing a brief search, "Gamers United" does not actually match any existing acronym or movement, which would enhance the troll hypothesis.
In doubt, we just have to translate the most salient parts of this hilarious (or sad?) petition.

We start with an introduction containing all the indignation and opposition to poor Farcry 5:
"When it's too much Ubisoft is too. We tolerated your games in the name of gameplay and innovation. But now enough! Farcry 5 is an insult to Americans, most of your customers, and it's time for you to notice. Change it or cancel it.
[...] In these times, you must understand that there could be violent repercussions if you intend to continue with your pointless criticism. Here are some tips to make the game better ".

"Change the bad guys: it's not that difficult. Change them to something more realistic. Islam is growing in America, as is violence in cities. Are you afraid of doing so? Quoting Voltaire: "To understand who commands you, just find out who you are not allowed to criticize"

Alternate the bad guys. Even if you insist on making only American Christians bad, you could alternate the races a bit to not only target white people. Put a few blacks or Mexicans in the middle.

Change the plot and show that both sides are wrong in their own way.

We Americans have so few games to play around with, and we're tired of losing them to multicultural bullshit. "

What can we say, we can only thank the authors of this letter for reminding us, thanks to the words of Voltaire, that to command Ubisoft and the whole world there are Muslims and city gangs.

Pokémon GO: exploited by Russian groups to create disorder in the US

Codemasters shareholders have approved the acquisition of the company by ...