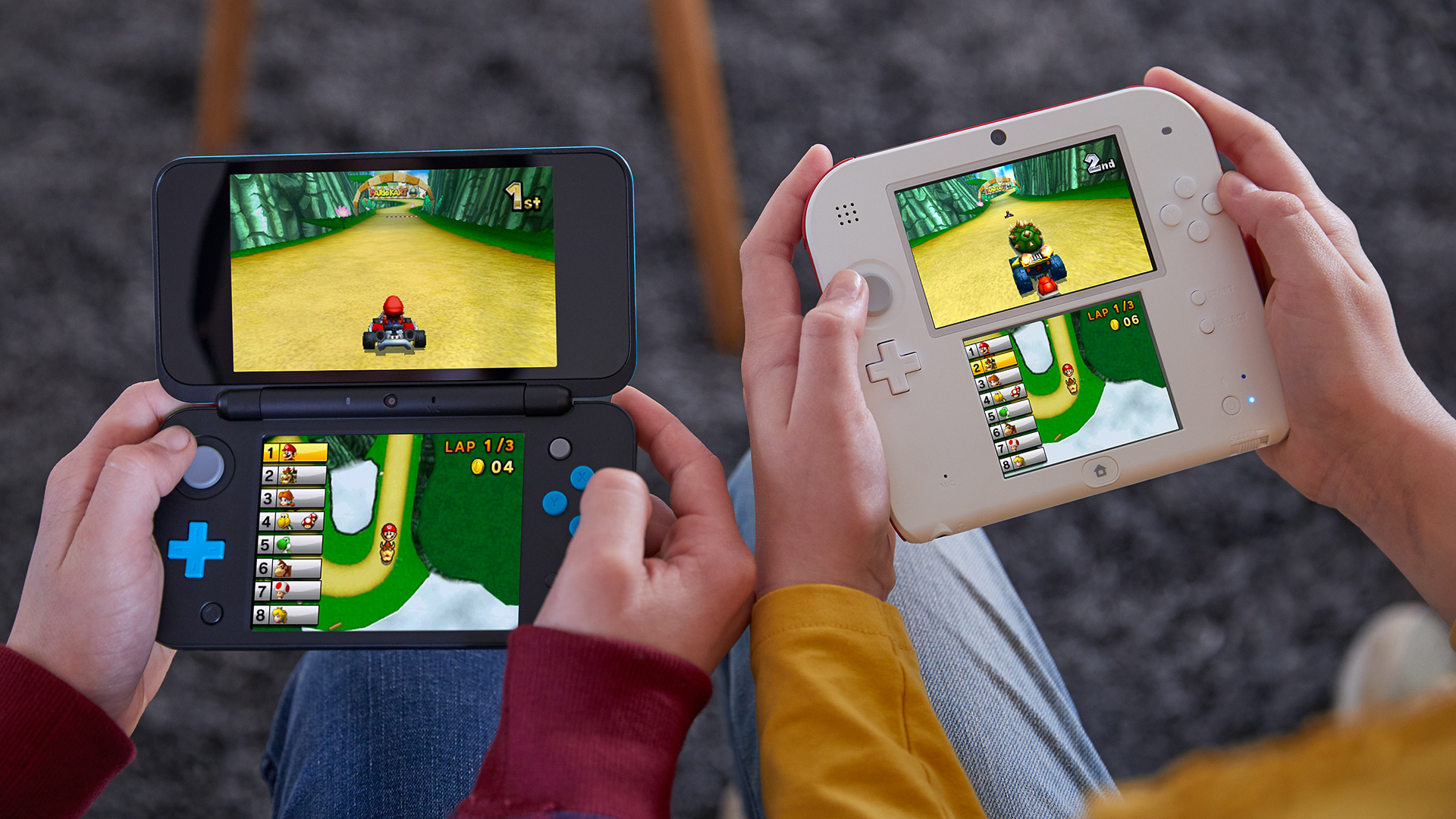 Last night Nintendo, he is not happy to launch the new afternoon Mario Kart 8 Deluxe, announced the arrival of a new console on the European market. Or rather, the next revision of its successful portable platform, a real new member of the family Nintendo 3DS. It is the New Nintendo 2DS XL, an economic version (about 150 €) and free of Stereoscopic 3D of the New Nintendo 3DS XL, with a greater computing power and all the features of the latest upgrade: compatibility with statuettes amiibo, a second analogue "C-Stick"And new dorsal buttons ZL e ZR.

The release of the New 2DS XL is scheduled for the next 28 July, accompanied by the launch of three titles of the HEY! Pikmin, Miitopia and the latest incarnation of Brain Training, as described below in the press release issued by Nintendo Italia:

Below we leave you to the announcement trailer that shows us the new jewel that will make the collectors' joy with its two color variants.

The new console, with an ergonomic shell design, will be available in stylish Nero + Turquoise and White + Orange colors and will have screens of the same size as the New Nintendo 3DS XL consoles. As the name suggests, New Nintendo 2DS XL will not support 3D. Although lighter, the new console will have the same power as the New Nintendo 3DS XL and will natively support cards and amber statuettes (sold separately) thanks to the integrated NFC sensor. New Nintendo 2DS XL will be compatible with the vast catalog of games for Nintendo 3DS, New Nintendo 3DS and Nintendo DS. Nintendo consoles are also the only portable devices that allow players to have fun with series and characters of the likes of Mario, Yoshi, Kirby, Pokémon, Fire Emblem, Mario Kart, Super Smash Bros., Animal Crossing e The Legend of Zelda.

DOOM Eternal will arrive late on Nintendo Switch, but not by much

Scopely to Acquire FoxNext Games from The Walt Disney Company

Person 5 The Royal, announced the Japanese release date with a ...