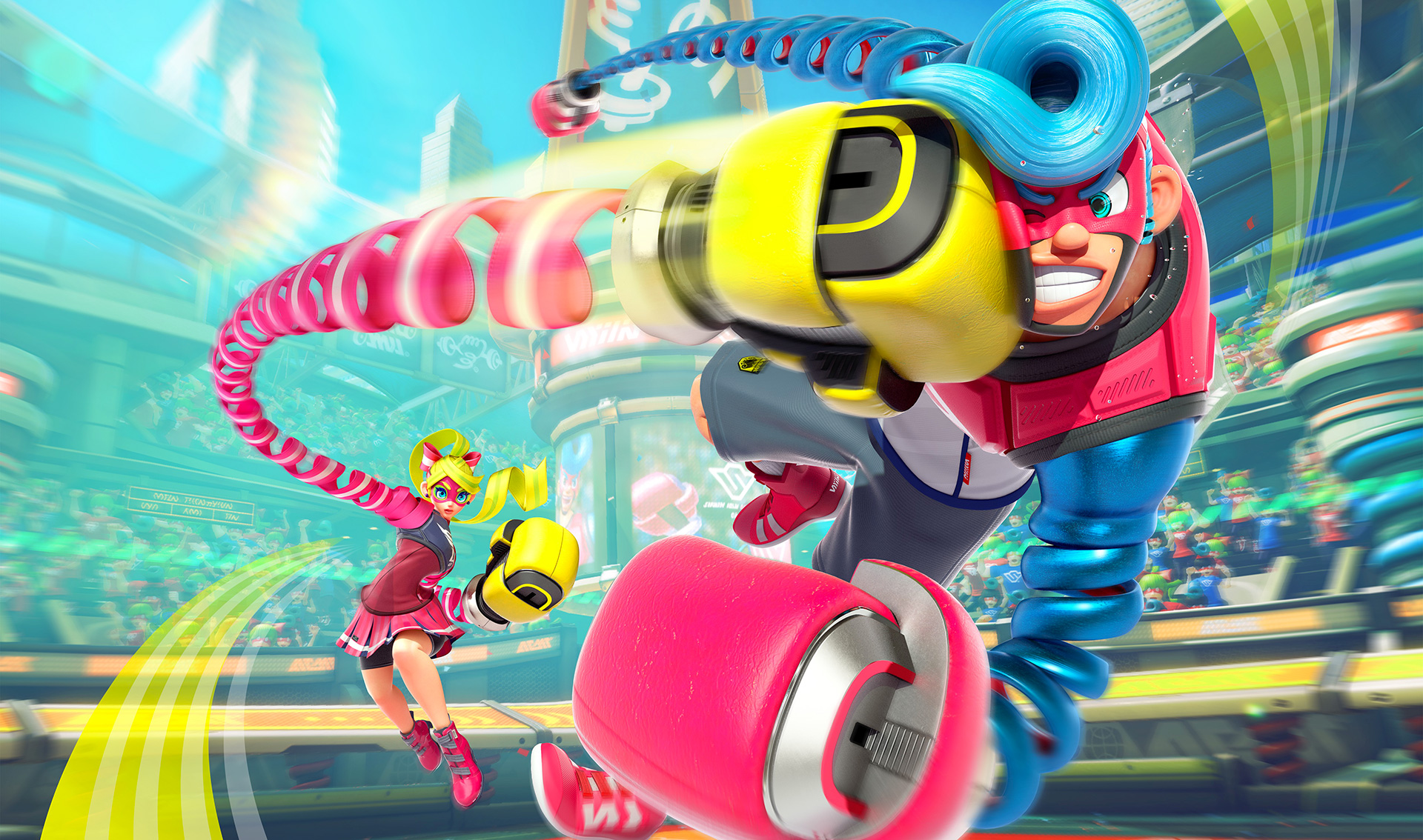 Strong plate of Nintendo Direct aired last night was surely announcing the release dates of the two most anticipated titles on Nintendo Switch: ARMS, coming to the next 16nd June, Splatoon 2, foreseen for the next 21 July. New gameplay excerpts and a new character were shown for the (Min Min), while for the second a new cooperative modality has been announced, in which the Inkling they will have to save salmon eggs from obscure and mysterious enemy creatures.

Nintendo 3DS has announced the dates of Hey! Pikmin (28 July) ed Ever Oasis (23 June), while fans of the CAPCOM home hunting game saga will be happy to know that Monster Hunter Stories will arrive in Europe next fall.

NIS America will bring Culdcept Revolt in Europe the 1 September, while RPG Maker Fes June 23 will arrive, along with a free version that will allow you to play creations of users launched on the net. Miitopia (coming in during the 2017) will instead place the distinctive Nintendo avatar at the center of a fantasy setting, Kirby will celebrate his 25 years with a triptych of titles, of which the first, Team Kirby Clash Deluxe, is now available on 3DS eShop. The second one, Kirby's Blowout Blast, will arrive in the summer, while the third is still under development. To close the circle, Dr. Kawashima's Infernal Brain Training that, after an incredible delay, the next one will arrive 28nd June.

On the front amiibo, will finally see the light of the Super Smash Bros. Warriors missing: Cloud Strife, Corrin e Bayonetta, each launched in two different costume variants the next 21 July. An ambit of Pikmin will launch the 28 July, while three new statues of Link The Legend of Zelda will be released on June 23. Finally, too Splatoon 2 will be able to rely on a triptych of new amber, which will feature young boy and girl Inkling and the inevitable squid.

Ubisoft will launch Rayman Legends: Definitive Edition e Monopoly soon, while THQ Nordic will take over Switch Sine Mora EX e Battle Chasers: Nightwar. Finally, too PAYDAY 2 and the inevitable NAMCO MUSEUM will arrive on the same console in the 2017.

Let's look at the live below.

Evil Dead: The Game, the title dedicated to Ash Williams has been officially postponed

Evil Dead: The Game, the title dedicated to Ash Williams is ...

Di Sarno Raffaele - August 5 2021
In a year full of postponements (often due to delays caused by the Covid-19 pandemic) here is added to the long list of video games that ...
Free is Beautiful

Piermatteo Bruno - August 5 2021
August has finally begun and with it the offers of the Epic Games Store increase in quality. This week's free games are: A Plague ...

Destiny 2, the calendar of the Fearless Season