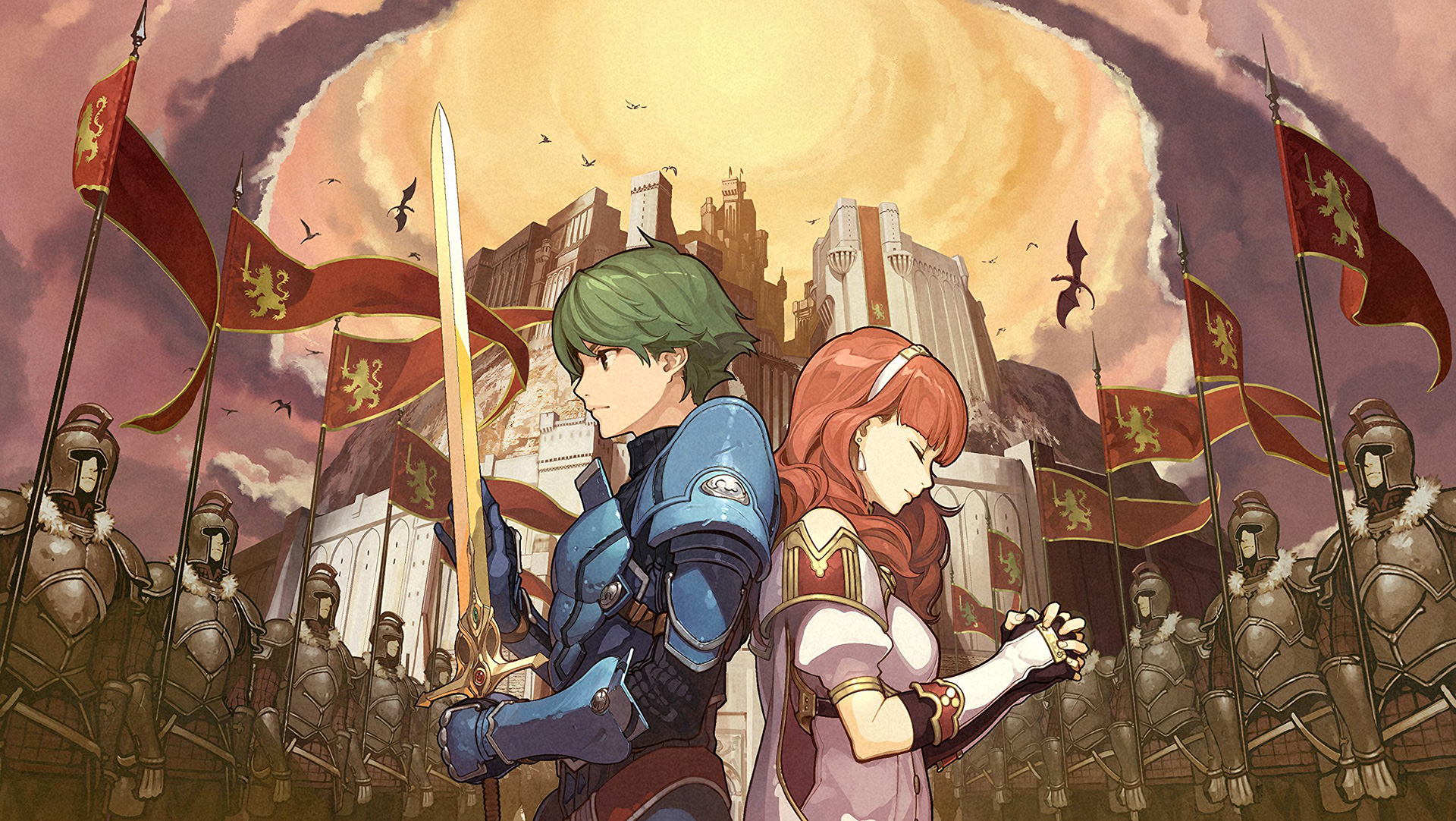 According to the latest press release issued by Nintendo Italia, also Fire Emblem Echoes: Shadows of Valentia, as Fire Emblem Fates, will count on an exclusive Limited Edition for the European territory, richer than ever.

This package, in addition to the retail game for Nintendo 3DS, will include an illustrated book, metal strokes depicting the pixellated version of the protagonists, a disc with selected selected original soundtracks and two ambers (sold separately) that reproduce the features of the protagonists Alm e Celica. The title, remake of the original 1992 Fire Emblem Gaiden, will be on sale from the next 19st May and will be exclusive to Nintendo 3DS. Let's admire this limitation in Nintendo's popular trailer below.

Fire Emblem Echoes - THE FATE OF A CONTINENT IS IN YOUR HANDS IN FIRE EMBLEM ECHOES: SHADOWS OF VALENTIA

THE 19 MAY IN EUROSLETES FOR NIGERIA 3DS FAMILY CONSOLE

A limited edition that includes an art book, pixellated metal pins, the CD with a selection of the soundtrack "Sounds of Echoes" and the amiibo Alm and Celica will be released on the same day

March 21, 2017 - When civil war threatens to destroy the kingdom, long lost childhood friends with a secret past must gather strength, come together and bring peace to the continent with the launch of  Fire Emblem Echoes: Shadows of Valentia on console of the Nintendo 3DS family the 19 May. A remastered remastered and distributed for the first time outside of Japan, this revision of Fire Emblem Gaiden will provide European players with an adventure Fire Emblem brand new from the past of all respect.

This game is the latest in the long-running and evolving strategy RPG series and comes in the wake of the title Fire Emblem Heroes recently launched free-to-start on smart devices. Fire Emblem Echoes: Shadows of Valentia will see players take control of the two independent armies of Alm and Celica, since their paths to achieve the common goal of bringing peace to Valentine's land are diversified. In the Fire Emblem series, battles see warriors wielding their own small army of mercenaries against incredibly powerful armies in turn battles that require careful tactical planning, as failures or fake attacks will see units become more exposed and vulnerable to ' enemy attack.

If a unit is dropped in the middle of a battle in the classic classical mode, it will be seriously injured or wounded, as long as it is not possible to return to the battlefield or fatally injured. In Fire Emblem Echoes: Shadows of Valentia, players will be able to use the Mila Wheel to go back to the last game rounds of the player, giving them the chance to overthrow tactical errors and reconsider their next strategic move. If players do not want to be permanently defeated, they will be able to play in beginner mode, allowing the fallen allies to be resurrected at the end of each battle, allowing players to progress in history more easily.

Players can also have fun extending the content of the story to catapult over into the adventures of Alm and Celica's adventures, including new adventurous heroes, new defeating enemies, and a new prologue that explores the antecedent and obscure story of Alm and Celica. For the first time in the Fire Emblem series, all the dialogues of the characters in the main story scenes are entirely dubbed in English, while scenes scenes, animated by Khara Studio animators, will allow friends to immerse themselves in history as never before.

In a new first time in the Fire Emblem series, Alm and Celica can explore caves and dungeons in three dimensions, enabling them to see enemies before the battle: players can get a lifetime advantage by attacking enemies in these areas, so that they start conflict with lesser health. Within each dungeon there is a Statue of Mila that can be used to promote characters and change their class while some contain Sources of Sacred that allow heroes to increase their permanent statistics.

At its launch the 19 May, Fire Emblem Echoes: Shadows of Valentia will be available both as a single game and in a special limited edition, including the game, an art book, pixellated metallic scrolls from Alm, Celica and Marth, a booklet, a CD with a selection of the soundtrack "Sounds of Echoes" amiibo of the characters of Alm and Celica. When used, these amiibo will each activate their own unique dungeon, allowing heroes to earn items and advance their armies to the next level by defeating bosses. Strategic friends will be able to view the limited edition contents in the limited edition trailer di  Fire Emblem Echoes: Shadows of Valentiaavailable now on YouTube channel from Nintendo Italia.

By selecting the Mila Wheel from the world wide map menu, players will also be able to activate their Amy and Celica lovers to use them in battle. During the fighting, players will be able to sacrifice a portion of Alm and Celica's health in order to make a computer-generated Illusive Hero appear as a temporary ally in a single turn. As Alm and Celica become stronger, their stats can be saved on their respective amusement, allowing the Ghost Helper to increase their strength next to them.

In addition, Martha's, Roy, Ike, Robin, Lucina, and also the arriving Amber Corrin can be used to show the Illusory Hero of that character, allowing players to seek help from ghost creatures. All the other ambers currently available are also compatible and will make another monster appear on the battlefield to help players on the battlefield, which will prove to be of great use in the event of a strategic emergency.

The fate of a continent is in your hands with the arrival in Europe of Fire Emblem Echoes: Shadows of Valentia the May 19 for the consoles of the Nintendo 3DS family. A limited edition featuring an art book, pixellated metal scrolls of Alm, Celica and Marth, a booklet, a CD with a selection of the soundtrack "Sounds of Echoes" and the amusements of the characters of Alm and Celica available on the same date.

Nicolae Locatelli - May 10, 2021
Lost Judgment could be the first Ryu Ga Gotoku Studio title to have a real expansion via the Season Pass. The sequel to ...
News

Vincenzo Marino - May 8, 2021
It's been less than a year since 11 Bit Studios wrapped the Frostpunk story with the game's final DLC. TO...