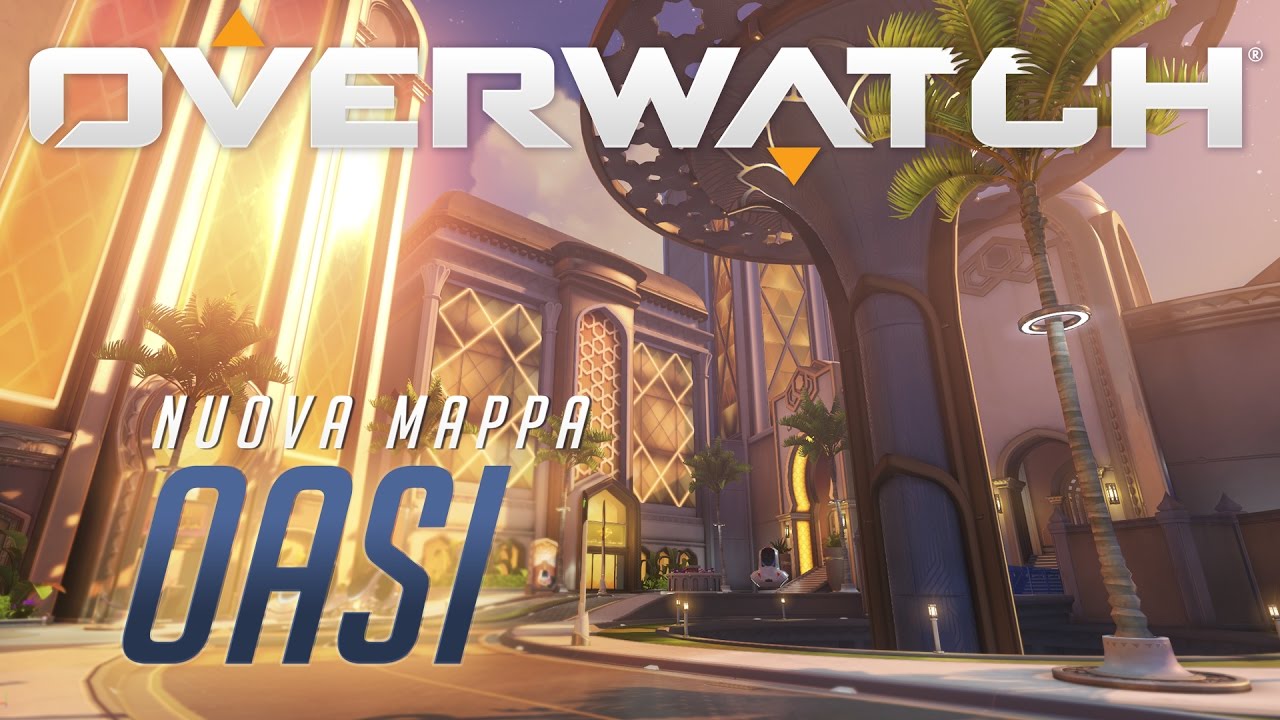 As was announced at Blizzcon 2016, a new map was added to the world of Overwatch in the January 3 patch, its name is Oasi. The name already suggests its location in the desert and more precisely in Iraq, presenting itself as a city map that combines the charm of the ancient Arab world with the hyper-technological world. Oasi has a peculiarity, it is in fact the only map to contain decidedly dangerous moving cars, even if placed in extreme points, as you can also see from the official video. This is also the mysterious description released:

"Oasis is one of the most advanced cities in the world, a towering jewel that rises in the deserts of Arabia. A monument to human ingenuity and inventiveness, a city dedicated to scientific progress without limits and restrictions, founded by scholars and researchers from the whole region. The city and its inhabitants are governed by an assembly of the brightest minds, which have more than one secret that could attract the interest of powerful organizations around the world "

Court of Owls will be the new Batman developed by Warner Bros ....