Blizzard had already announced at Blizzcon 2015 that Overwatchs would also include homosexual heroes, which is why the game wants to reflect the daily life and diversity of the players' world itself. The characters are all different from the origin, the social class, and the sexuality, which, as the home says, "is one of the determining features of the character." 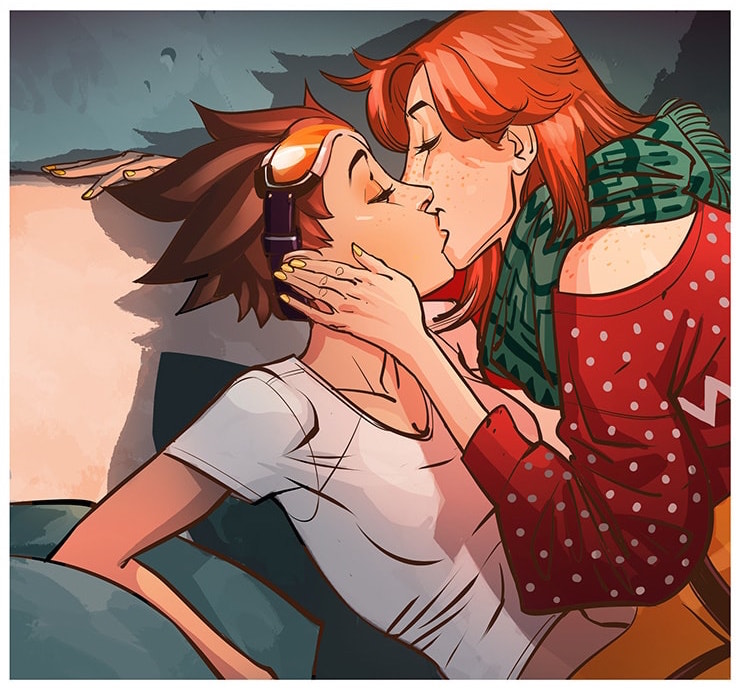 It is precisely in its latest comic Reflections that blizzard has treated the theme in the most delicate way possible, leading us to discover Tracer's daily life. The Christmas-themed story, soft and sweet like powdered sugar, adds nothing new to the overall plot of the game. We see the protagonist always running in a life very similar to ours, late for Christmas gifts, who takes the metro to go home, in her hands only a package given to her by a little girl. Upon her arrival there is a cup of hot tea and Emily her partner, who with naive curiosity unwraps the gift and in the joy of the moment the two kiss. In Riflessi we don't talk about homosexuality, gays or the LGBT campaign, it tells the daily life of two people who love each other, who spend Christmas together and give each other gifts. Needless to say, many have lined up against Blizzard for this choice, accusing the house of a bad publicity stunt or LGBT campaign as in the case of Russia that blocked the comic, but perhaps this is precisely the reaction they wanted to arouse starting from the fact that the chosen character is the most famous and significant face of the game. That Blizzard has managed to get across the message that diversity shouldn't be a limit, but a value?

Resident Evil 3 Remake will introduce the ability to perform ...