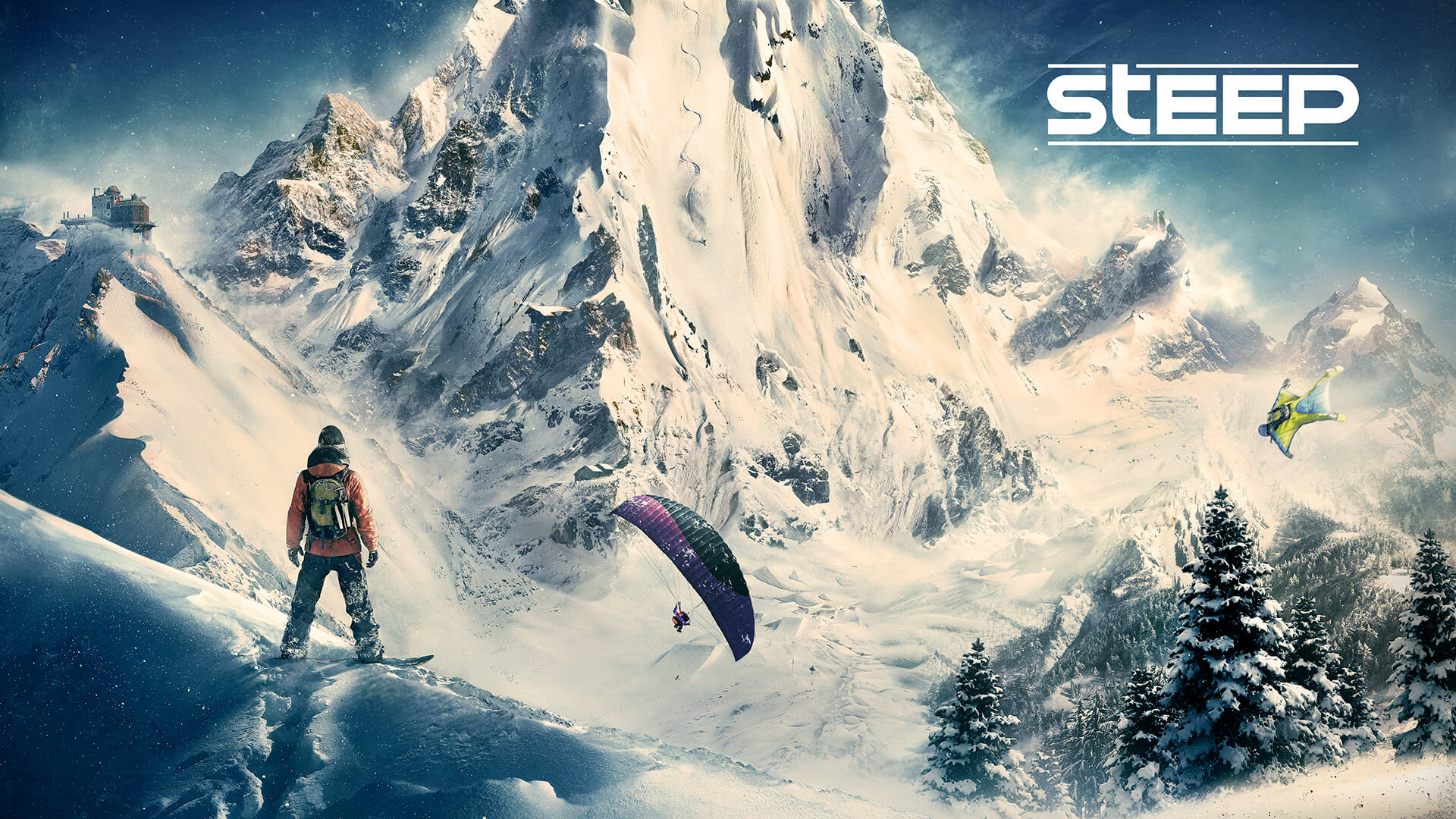 As you read in the title I bring my own hasty e unsociable conclusions about the newborn of the home Bubisoft regarding the extreme winter sports, the lazy ones below can find the video.

Where do you go from here, let's just say that my experience with extreme sports videogames has stopped at Tony Hawk's Skateboarding ed MTV Snowboarding to PlayStation 1. Ah, I also make a toy of Snowboard in real life. steep however, it offers a varied experience that includes snowboarding, paragliding, wingsuit and skis. And I'm not an all-rounder.

That said, we immediately go talk about graphics, it's cute, nothing that screams at the miracle, on a configuration like mine with GTX 970 complete with 8GB of RAM HyperX Fury and a Intel i5 Skylake 6600, configuration that will remain the same for VERY MUCH time, DON'T shows the minimum uncertainty even in the most agitated situations. The scalability seems really good, although I haven't had a chance to test the game on multiple machines. As for optimization steep has rooted in gods granite 60 FPS. The effect of fresh snow, however, I must admit, did not convince me very much, above all there is still some problem concerning polygonal interpenetration, the hitbox of the objects and some episodes of tearing. Nothing excessive.

How much is the feedback of controls I have some uncertainty, probably because of my setting old school, especially for it snowboard the keys to use do not seem to return the feeling adequate and "realistic"Which I tried years ago with the aforementioned titles.

Il tutorial it follows well during the first half hour of play, but if you are the type of person who "I skipping everything I want to play"You will remain a little lost finding yourself not knowing how switchare sports, perform stunts, jumps and better control each of them. Uncomfortable in my opinion, but nice, the management of every sport with both analog sticks, the left one for the direction, the right one for the acceleration and the movements contextual to the acrobatics that is taking place. The test was carried out using a Xbox 360 pad with wire.

The missions are presented in an "innovative" way, that is, by unlocking shelters and exploring the "mountain"Do not provide an adequate reason for the continuation. I therefore consider the succession of missions to be quite tedious without a real underlying motivation dictated perhaps by a hint of plot, or perhaps I have become too old for these things.

steep it remains anyway enjoyable though not touching peaks of perfection under any aspect, but let's remember that at the bottom, it's still in Beta Testing, some things could change.

Ah, a little gem, pressing the button LB it is possible to activate the “Go Pro“, Useless and uncomfortable like the first person in driving games unless you can use a steering wheel.

Apex Legends, today is the day of Season 7