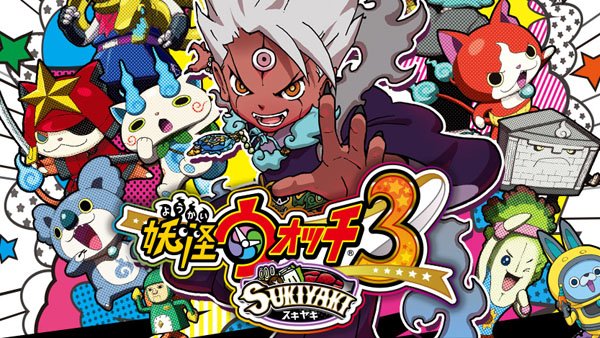 LEVEL-5 confirmed that the third version of the third installment in the series of Yo-Kai Watch is reality and that will be titled Yo-Kai Watch 3: Sukiyaki. This version will then accompany the already available (at least in Japan) Yo-kai Watch 3: Sushi e Yo-Kai Watch 3: Tempura, taking also the particular titling linked to the most iconic Japanese food. LEVEL-5 he continues to be tempted to focus on his brand, which over the years has been able to become more and more appreciated, so that he also strongly encourages the desire of Western players to test it. We remind you that the first chapter of the saga is currently available in Italy and that, unexpectedly, the release of the next chapter is set for the second quarter of the 2017.

Yo-Kai Watch 3: Sukiyaki it will look exactly the same steps as the other two versions, but unlike these, it will feature a number of additional elements. Of course, there is a new way of calling Yo-Kai Watch Blasters Transfers, which will allow four players to gather in multiplayer to explore various dungeons rich in different treasures and threats. This mode will also be available for those who would like to enjoy it alone.

As if that were not enough, in Sukiyaki there will also be a part of the exclusive story linked to the movie Yo-Kai Watch, coming in Japan this December. In addition to this, new Yo-Kai is also expected to be added to their team: some of these will be exclusive, while others will be added in the previous versions of the title.

Please note that Yo-Kai Watch 3: Sukiyaki will be available in Japan exclusively on Nintendo 3DS starting from 15th December.

We leave you to the presentation trailer of the game and take advantage of it to wish you a good vision.

Are you ashamed of your user name on the PSN? Sony you ...

The Accattino and the best charity Bundle for years!