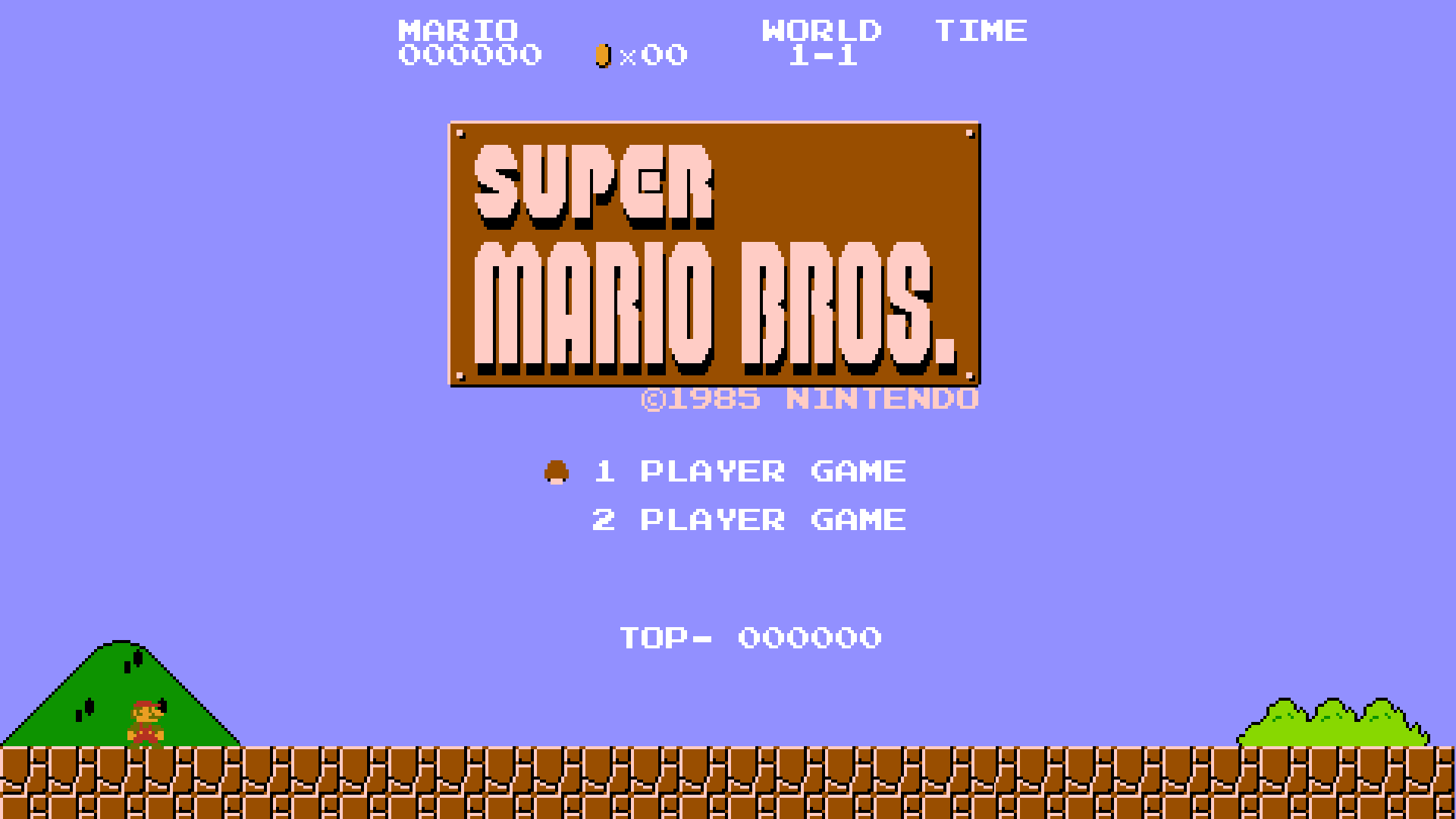 Perhaps not everyone has tried it, but of course everyone knows it. Super Mario Bros. is the most famous game in the series dedicated to the most famous Italian plumber in the world. Created by Nintendo and developed for NES in 1985,

Super Mario Bros. is a horizontal slider platform, whose protagonist (Mario, ndr) has to rescue Princess Peach from Bowser clutches over a thousand obstacles, level after level. The difficulties are around the corner, in fact, from the first level we will find the Goomba, brown mushrooms that can take your life away, and the Koopa, turtles with the green shell can kill you even with a shell shot. Mario will face each enemy with the leap, his most important skill, and to help him in the company there will be the super fungus, fungus with the red chapel with balls and two black eyes that increases the size of Mario, the flower of fire allows him to shoot fireballs and the star that makes him invincible. for a few seconds. At the end of each level there is a castle with a flag. To end the level just jump on the flag.

Little curiosity: in Super Mario Bros. there is the most famous example of friendzone. In the end, in fact, Princess Peach tells Mario to be in love with Luigi, the younger brother of his friend Mario.

Thanks to all of these elements, Super Mario Bros. is an authentic videogame masterpiece, a great classic to which any retrogaming lover would like to play

We talk about Video Games is not the owner of the images in this article, so thank the owners.

Nintendo - Leaked the source code of the old consoles

Polymega, the modular console for retrogaming, is in beta

A modder creates a portable Nintendo 64

Ubitroll and the decline of a software house